13 September 2019
0
Recently we Reportedhow Kiev and Moscow exchanged detained and convicted citizens in the 35x35 format. And so, on September 13, 2019, the President of Ukraine, Vladimir Zelensky, said that the parties were already preparing for a new exchange. With these words, Zelensky spoke during the 12th Annual Meeting of the Yalta European Strategy (YES), “Happiness Now.” Is being held in Kiev (in the Mystetsky Arsenal, September 14-2019, 16). New approaches for the world in crisis. ” 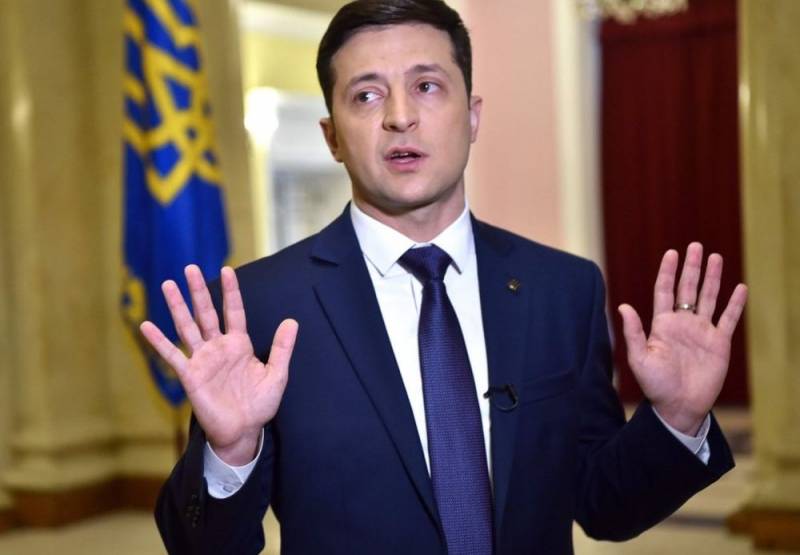 According to the Ukrainian president, Kiev and Moscow are now preparing lists of detainees (detainees, convicts, and others). He specified that negotiations on a new exchange will be held within the framework of the trilateral contact group (TAG) in Minsk and during the summit (meeting) of the heads of state of the “Norman Four” (Russia, Ukraine, France and Germany), which may take place before end of September 2019.

Now we are talking about the next stage after our political prisoners, sailors. Frankly, we are preparing other lists and are awaiting the next stage of the exchange.
- said Zelensky.

It should be noted that in Kiev they started talking about a new exchange on September 9, 2019, i.e. one day after the exchange. On that day, the assistant to the Ukrainian president, Andrei Yerman, said that the head of state instructed his team to work out the issue of a new exchange, since "there are several hundred people in Russia" who need to be returned as soon as possible. After that, a list appeared in the social networks of Ukrainian "patriots", in which there were 113 "twin cities" languishing in the "dungeons of Mordor."

At the same time, the representative of the Verkhovna Rada of Ukraine, Lyudmila Denisova, who mysteriously told the public that work in the direction of exchange was taking place, spoke. However, she did not provide details or give any names.

If you want to do something, then you must be silent about it.
- emphasized Denisova.

It should be recalled that hundreds of anti-fascists (mostly citizens of the “square”), who were detained back in 2014-2015 on trumped-up charges of “separatism”, “terrorism” and other crimes, are still in jail throughout Ukraine. As an example, the pre-trial detention center of the city of Odessa, where several dozen people of the most diverse political and religious views (communists, "Borotbists", "Kurginyanists", monarchists, "imperials", Cossacks, Orthodox Christians and others).

In this regard, we sincerely hope that all these people will be included in the lists for exchange, regardless of their political characteristics, as they all have one thing in common - they opposed the Nazi coup in Ukraine. Therefore, if the Russian authorities agree to such an exchange, they should not divide them into “right” or “wrong”, “their own” or “alien” anti-fascists.

We are in Yandex Zen
It's important
1
“On the bunks, not the Maldives”: Zelensky spoke harshly to Poroshenko
The Kremlin responded to Zelensky’s words about sanctions against Russia
Reporterin Yandex News
Read Reporterin Google News
Information