Europe dealt a treacherous blow to Gazprom, slashing itself

12 September 2019
21
The decision made on September 10 by the Court of Justice of the European Union against the Russian gas giant is not only politically motivated, from the first to the last line, but also is an outstanding example of absurdity. Following the Russophobic aspirations of some of its members, which are the “fifth column” of the USA in the Old World, the European Union risks committing energy suicide and driving itself into a truly deadlock situation. 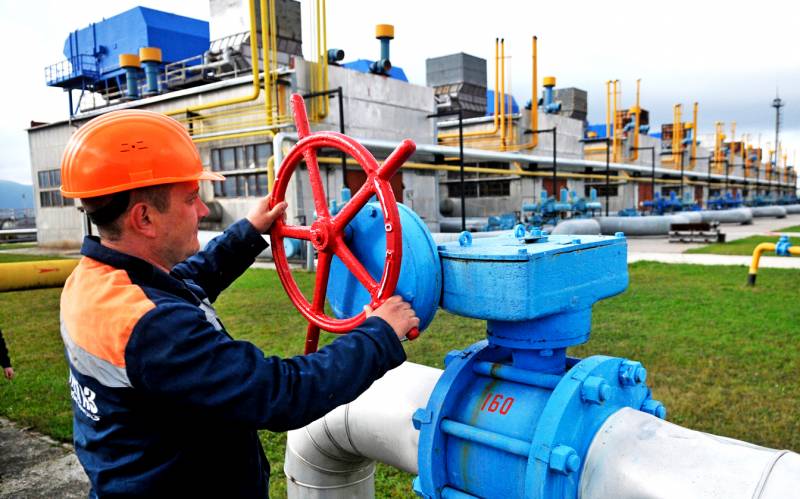 Having made an unprecedented attempt to “twist their hands” to Gazprom before the upcoming negotiations of its representatives with the Ukrainian Naftogaz on transit issues, Europeans forget about a more than real prospect of meeting the impending winter in cold houses.

Who stepped on OPAL's throat?

The above verdict is the satisfaction of the lawsuit filed by the governments of the three “European superpowers” ​​- Poland, Latvia and Lithuania - to annul the decision of the European Commission No. C (2016) 6950 of October 28, 2016. This decision lifted the ban on the use by Gazprom of the OPAL pipeline, which is a continental onshore continuation of Nord Stream at more than 50% of capacity. Initially, such restrictions were envisaged by the so-called Third Energy Package of the EU, supposedly aimed at "preventing the monopolization of the European energy market." In fact, all of this leapfrog was originally utter nonsense with economic points of view: after all, gas into the pipes of the Nord Stream came exclusively from Russia, and there were somehow no competitors to such on the horizon. It is not surprising that in the very near future, the European Commission allowed our Gazprom to use another 40% of OPAL's capacities, which caused natural hysteria in the country, reliably, as it seemed to them, a grief transit company that sucked into the export of our energy carriers. In the same 2016, PGNiG SA, PGNiG Supply and Trading GmbH, Naftogaz Ukrainy, as well as the governments of Poland, Lithuania and Latvia joined their efforts to fill up complaints with all conceivable and inconceivable instances of the EU.

They did not succeed in completely stopping the operation of the pipeline in such a petty way - in the middle of 2017, the claims were "shaved off" by the Supreme Land Court of Dusseldorf. This is quite natural - the owner of OPAL is the joint venture WIGA Transport Beteiligungs-GmbH & Co. KG., Which has Wintershall Holding GmbH (50.02%) and its subsidiary BASF as its shareholders, and PAO Gazprom (49.98%). The Polish-Ukrainian-Baltic hysteria hit the pockets of the German shareholders hard, and they did not intend to indulge the insolence of their eastern neighbors, who were squealing something about a "threat to Europe's energy security". Last year, the same European court of justice sent Naftogaz with its demands to shut down OPAL to hell. It seemed that the mind was winning - and now such a turn. The Germans, whose obedience to the law and awe before any, albeit extremely unprofitable for them, Themis' quirks, are elevated to the absolute, are forced to react. The local regulator Bundesnetzagentur has already ordered Gazprom to halve its supply volumes, announcing that it is “preparing to take supervisory steps” to enforce the verdict. It remains a commercial secret how much of the German swear words were accompanied by such a decision. Germany, like Russia, loses a lot of money on this, but, in addition, finds itself in a much more dangerous position ...

To spite Gazprom Gazprom will freeze!

As it has been repeated many times in the cult series in recent years, the television series “Winter Is Coming!” OPAL's half-ceiling, with a capacity of more than 36 billion cubic meters a year, means Europe’s shortfall in Europe’s colossal amount of “blue fuel” —and right on the eve of the new heating season. Gazprom will somehow survive this, albeit with very noticeable losses, but the Germans and other European consumers of our gas? The big question ... However, the answer to it, in the opinion of those judiciary "clever men" who made a decision giving out suicidal tendencies, as well as those who at the same time moved their hand, lies in the word "Ukraine". They plan to continue to receive Russian gas from there! The same Poles, whose scale of triumph over the satisfied claim is comparable to the triumph of the won world war, are trying with all their might to convince the world that they acted almost exclusively in the interests of Kiev. And the chairman of the board of PGNiG, Petr Wozniak, and the Minister of Energy of Poland, Krzysztof Tchuzhevsky, and even the local prime minister, Mateusz Moravecki, who are now pouring right and left comments in the local media about the “fateful victory” unanimously reiterate that in this way “Saved Ukraine and Europe from shocks”, preserving, to the spiteful mischievous “Gazprom”, transit through the GTS “nezalezhnoy”. Oh oh ?!

In fact, the next round of tripartite consultations on transit, with the participation of representatives of Russia, the European Union and Ukraine, under the patronage of the European Commissioner for Energy, Marosh Shefchovich, scheduled for September 19, is likely to take place. In any case, the head of the domestic energy department, Alexander Novak, has already announced the readiness of our country to participate in such. But what will be the use of these negotiations if Kiev rests firmly against it, like a well-known long-eared animal, and begins to pour in completely unfeasible demands and “Wishlist” that exceed all reasonable limits? Most likely, the negotiations will once again turn into "communication" of the dumb with the deaf, and will end in the fact that the "high contracting parties" seated at the table forcibly leave them, desperately spitting, and each for their own interests. Such an outcome can be predicted with an accuracy of approximately 99%. After all, “unplanned” does not want to backtrack on absolutely insane claims regarding future transit volumes, transportation prices, and still continues to insist on the implementation by the Russian side of the predatory arbitral awards of billions of dollars that Gazprom supposedly has to pay to the Ukrainian side on completely far-fetched occasions. Naturally, Russia does not want to hear about anything like this, and Ukraine flatly refuses to extend transit on our terms. But if only that! There are a number of reasons why Russian gas will leave the Nezalezhnaya gas transmission system on January 1, 2020, almost inevitably.

Extorting with a knife at the throat of “signing a new contract on European conditions and principles”, Kiev simply cannot physically conclude it! Indeed, even with the absolutely fantastic assumption that Gazprom would satisfy these blackmailing requirements with some joy, it is precisely under the legislation of the European Union that only a company independent of Naftogaz can be a transit operator. The Ukrainian side needs the so-called unbundling, which the World Bank firmly insists on holding Ukraine firmly by the throat with its tenacious paws - the separation of the state energy company and the gas transmission system and its operator from the structure. However, nothing of the kind has been done today even close! They are busy with endless choices political intrigue, the division of posts and portfolios, as well as the arrangement in the same Naftogaz, excuse me, a permanent mess, called for some reason “reform”. Dreamers and romantics in Kiev (in particular, the local prime minister and child prodigy Alexei Goncharuk) today continue to broadcast something about a “solution to the problem” in the near future, while realists are preparing to completely stop the transit. Local experts at the same time predict Ukraine from January 1, 2020 a daily gas shortage of 50 million cubic meters, at least.

Without a doubt, the roots of the zealous actions directed against Gazprom stretch across the ocean - to the United States. This is eloquently evidenced by the fact of the conclusion of an American-Polish-Ukrainian agreement on cooperation in the field of energy supplies in Warsaw on August 31. Naturally, from the USA. What is Washington’s interest, what is its cunning plan? In order not to wash, so skate, yet force Europe to buy its own expensive LNG, Americans must, first, as far as possible, cut off the Old World from much more reliable and cheap Russian supplies, and secondly, maximize prices on "blue fuel", creating its artificial shortage. All their attacks on Nord Stream-2, Turkish Stream and all other Russian energy projects related to Europe are subordinated to this goal. Knowing full well that a new transit agreement was signed with Kiev, most likely it will not be under any circumstances, the United States, hoping to fabulously enrich its LNG poles with their hands, is also blocking OPAL. Brilliant move! Gazprom will now have to turn around in a hot pan in order to fulfill all the contracts concluded with the EU countries, not to fall under penalties and not give reason to doubt its own reliability as a supplier. You can lay anything - in the very near future will be followed by new sanctions from Washington, with the aim of complicating and delaying (if not disrupting at all) the launch of Nord Stream-2, as well as other meannesses. The fight went seriously and completely without rules ...

Most likely, Russia will nevertheless be able to get out of the emerging extremely difficult situation with minimal losses and without “face loss”. A lot here will depend on the position of Germany and other countries of the European Union, in contrast to Poland, which has its own and not American interests. In any case, the main victims, in the case of the most successful implementation of the Washington scenario, will be just one more time, once again “shooting itself in the foot”, Europe.
Ctrl Enter
Noticed oshЫbku Highlight text and press. Ctrl + Enter
We are
Peace enforcement operation. Russia inflicts a preemptive strike on Kiev
Kiev gas blackmail: brave Ukrainians did not take into account one moment
Reporterin Yandex News
Read Reporterin Google News
Ad
We are open to cooperation with authors in the news and analytical departments. A prerequisite is the ability to quickly analyze the text and check the facts, to write concisely and interestingly on political and economic topics. We offer flexible working hours and regular payments. Please send your responses with examples of work to [email protected]
21 comment
Information
Dear reader, to leave comments on the publication, you must sign in.