The “newest” Mi-38 helicopter: is it a failure?

12 September 2019
2
The Mi-8 Soviet multi-purpose helicopter is gradually becoming obsolete: if you create something to replace it, then you need to create it quickly. 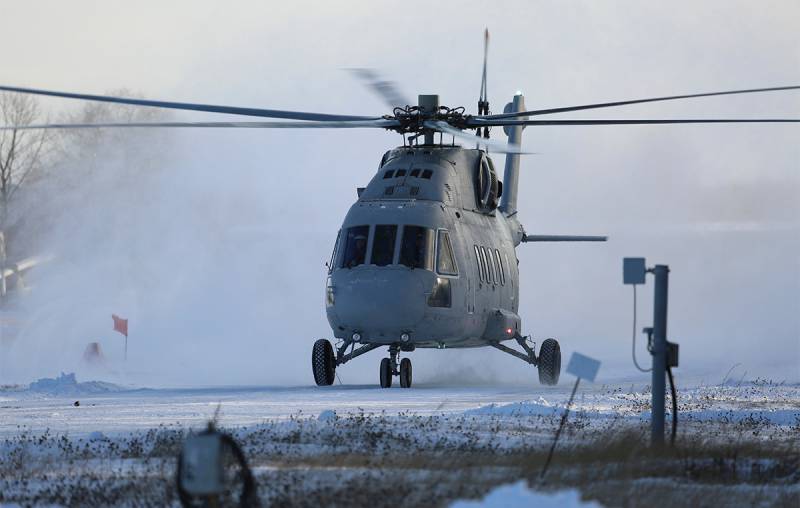 Helicopter engineering is one of the areas where Russia is rightly among the leaders. The situation here is better than it was a few decades ago. If from 2003 to 2006, Russian Helicopters produced less than 100 aircraft a year, in 2014 it was possible to produce more than 280 helicopters for various purposes. However, then a new recession began, and in 2017 only 205 rotorcraft were built.

“Russian Helicopters” can still be formally classified as one of the world leaders in the field of helicopter engineering, but here one important fact must be taken into account. In Western countries, statistics usually take into account the performance of individual helicopter manufacturers, such as Airbus Helicopters or, for example, Bell Helicopter. In the case of the Russian Federation, we are talking about a whole holding, which unites in general all (well, or almost all) design bureaus, factories and enterprises of the country associated with the development and production of helicopters. Including JSC “Moscow Helicopter Plant named after M. L. Mil”, JSC “Kamov”, PJSC “Kazan Helicopter Plant” and a number of other organizations throughout Russia.

Here, the statistics already do not look so “beautiful”, although the Russian Federation still has something to show on the world market. Mostly, these are, of course, machines developed in the Soviet years, which are traditionally distinguished by the price / quality ratio attractive for the countries of the so-called “third world”. This includes not only the Mi-8 and Mi-24, but also the Mi-28N and Ka-52, which also lead their pedigree from Soviet developments.

Mouse against the mountain

If the last two can boast of solid orders from the Russian Aerospace Forces and enviable interest from the Arab countries, then another Soviet development - the multi-purpose Mi-38 - "breathes in the air." But this is one of the most important aviation projects in the country, which, in theory, was to predetermine the development of the entire helicopter industry for many decades, and to consolidate the country's position in this field. An average multi-purpose helicopter, acting as a base for both military and civilian developments, should be popular. Otherwise, it makes no sense at all.

However, having capabilities comparable to those of the Mi-8, the new machine almost did not arouse any interest: either domestically or abroad. Let's consider in more detail.

Recall, the Mi-38 began to be designed back in 1981, and in 1989 the model of the car was presented at Le Bourget. The helicopter made its first flight only in 2003, and so far only four prototypes have been built. 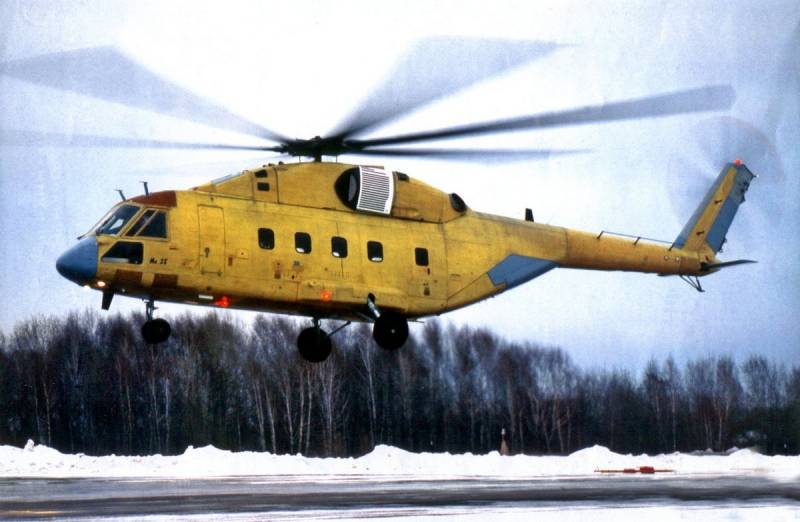 In 2018, the serial production of the Mi-38 was launched in Kazan. “At present, five Mi-38 helicopters are being put into production at the KVZ, in versions designed for both the Russian Ministry of Defense and civilian equipment,” an Interfax source said in January last year.

The serial Mi-38, with a superior cabin, was shown at MAKS-2019. At the same time, the CEO of Russian Helicopters, Andrei Boginsky, declared interest in a new product from one of the leasing companies, however, as far as one can judge, no contracts were signed with a foreign customer for deliveries of the Mi-38 (or for some reason, we don’t know about them).

In short, good News no for a helicopter, although in theory the MAKS could be a high point for this and other aircraft manufacturing innovations in Russia. Among the reasons for the possible failure, experts call the complicated relationship between Russia and the West, and the sanctions associated with it. As the Military-Industrial Courier wrote recently, with the American PW127TS engines used at the initial stage of testing, the machine could show outstanding flight performance. Russian TV7-117V engines, according to the journalist, no longer meet the high requirements of the XNUMXst century.

Our power plants, Klimovy’s, put it on the production cars, but, as one of the Mil employees complained, this is not the song that was originally intended. That is, the engines remain the weakest point of our aviation.
- writes the edition.

On the whole, the Military-Industrial Courier just once again voiced the theses well-known to everyone since the collapse of the USSR. In particular, that even the relatively successful engines of the late Soviet era, in terms of quality were inferior to the best Western ones. And that the family TV7-117, with all the desire, can not be called something new and revolutionary. 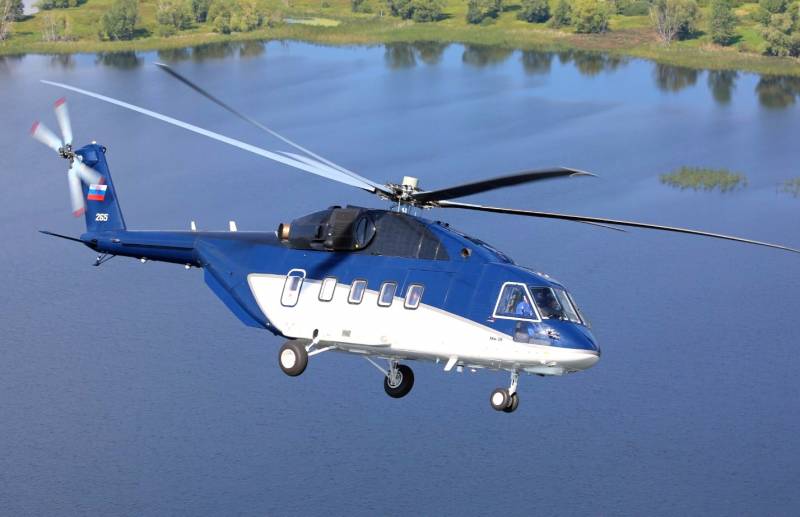 To make the helicopter truly in demand, it will be necessary, at a minimum, to establish production cooperation with other countries, in particular, those that produce the most technologically advanced engines.

And yet, the serial Mi-38, one way or another, will be born. The only question is the timing and the number of helicopters issued. Just as we saw it in the case of the Sukhoi Superjet 100, the helicopter will “keep afloat” the state. In August of this year, it became known that the Russian State Development Corporation VEB.RF will finance the production of the first serial Mi-38 helicopter.

During the International Aviation and Space Salon, Russian Helicopters Holding and VEB.RF signed an agreement to finance a project for the leadership operation of the latest civilian Mi-38 helicopter.
- says the organization’s press release.

One of the main operators of the helicopter, most likely, will be the Ministry of Defense. In August of this year, a photo of the first model of the new Russian Mi-38T helicopter, an army modification of the multi-purpose Mi-38, was posted on the Web. The car received an unusual "acid" color: apparently, in order to attract more attention. Then the bmpd blog recalled that a contract between the Russian Ministry of Defense and JSC Russian Helicopters for the supply of an experimental batch of two military modification Mi-38 helicopters was signed in 2017. By the end of this year, the military should deliver two of these helicopters. 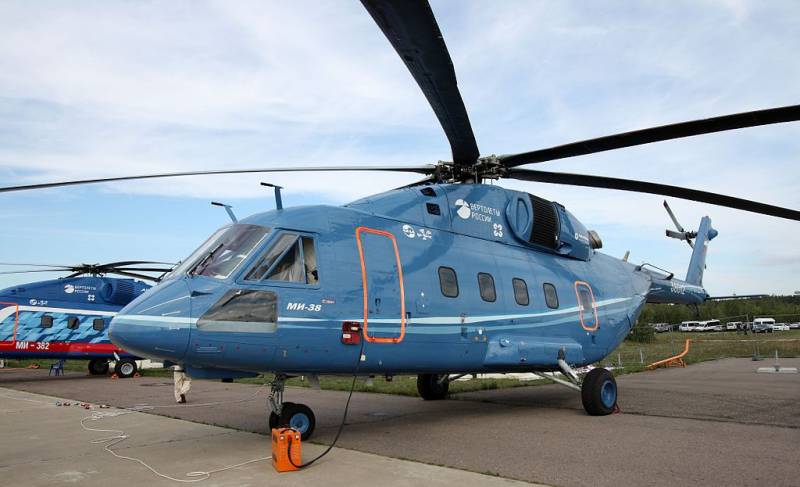 Photo: Doomych / wikipedia.org /
As for large-scale production, its prospects are more than vague. The main problem is seen in the price, which with a small-scale production will obviously be very high. The situation is aggravated by the fact that the Mi-38 helicopter itself is bigger and more complicated than the Mi-8. So - in any case, it will cost more.

It is worth recalling another important detail. During the February visit by the deputy chairman of the Russian government on military-industrial complex Yuri Borisov to the Ulan-Ude Aviation Plant, a new version of the Mi-8 was shown, which received the designation Mi-171A3, which is a hybrid of the fuselage of the modern type used on the Mi-38, and Mi-171A2 elements. That is, so far, even Russia itself is not ready to abandon the budget "eight." As for other countries, the Mi-38 is not yet ready for full competition for the world market.

There is less and less time for its advancement, as experts predict a “helicopter revolution” associated with a sharp increase in speeds and the possible abandonment of conventional helicopters, including the Mi-38.
Ctrl Enter
Noticed oshЫbku Highlight text and press. Ctrl + Enter
We are
TOP-7 safest passenger aircraft in the world
Superfast helicopters: will Russia break ahead?
Reporterin Yandex News
Read Reporterin Google News
Ad
The publication is looking for authors in the news and analytical departments. Requirements for applicants: literacy, responsibility, efficiency, inexhaustible creative energy, experience in copywriting or journalism, the ability to quickly analyze text and check facts, write concisely and interestingly on political and economic topics. The work is paid. Contact: [email protected]
2 comments
Information
Dear reader, to leave comments on the publication, you must sign in.