4 September 2019
6
The murder that occurred on August 23 in a quiet Tiergarten park in Berlin, as well as the detention of a suspect in its commission, is still poorly covered by the domestic media. However, with a high degree of certainty it can be argued - it is “so far” ... The bullets that interrupted the life of one of the Chechen “field commanders”, Zelimkhan Khangoshvili, on this day and in this place, already quite specifically “gave a rebound” in Russia. Ahead of us, most likely, is the “unwinding” of a new “espionage scandal” in the patterns of the “Skripals case”. 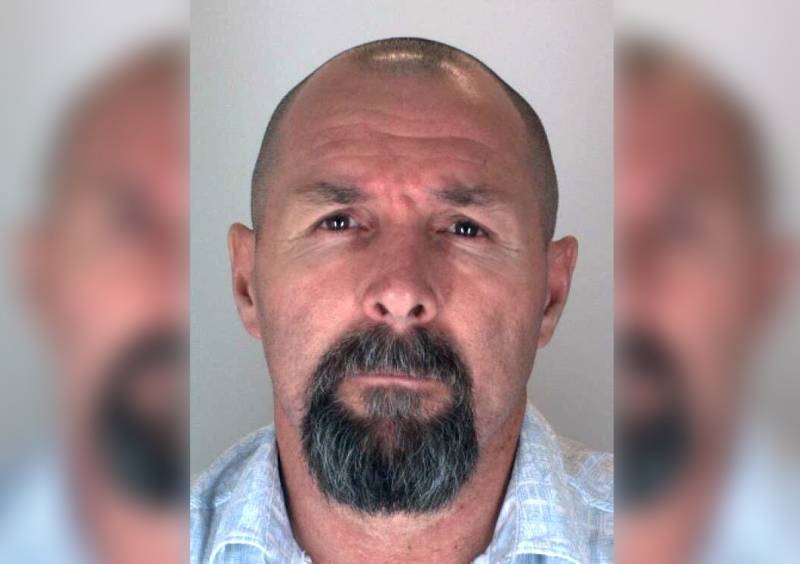 Suspect in the murder of Zelimkhan Hangoshvili

And the difference here is only in the place and method of murder, and in that this time Moscow is trying to quarrel with London, which was already quite hostile to it, but with Berlin, which is its most important strategic partner in Europe. Otherwise, everything coincides - the methods, the goals, and the performers ... Where did such conclusions come from?

According to the official version, voiced by the German police, the events developed as follows: a man drove up to the local Khangoshvili mosque in a hurry on a Friday prayer and shot a pistol with a silencer twice in the head and immediately disappeared from the scene of the crime. After that, the killer “lit up” by the Spree River, where, allegedly, he dumped a bag with a crime instrument - Glock 26, a wig that had previously been on it and its own two-wheeled vehicle. Further, continuous discrepancies begin. According to some reports, the suspect was detained "in the coastal thickets", from where he was going to continue to escape on an electric scooter. According to others, the police grabbed him already in the city center, where he "tried to mingle with the crowd of tourists." The most remarkable thing about all this is the story of the “two vigilant teenagers” who allegedly noticed a suspicious uncle fumbling to the bank and immediately, according to the good German tradition, “knocked” where to ... Remember this detail - we will return to it.

Typically, the suspect did not try to hide from the police or fight them, but declared the detention unlawful and demanded the presence of Russian diplomats. The latter, however, is not surprising. According to the documents discovered with him, he is a citizen of Russia, Vadim Andreyevich Sokolov, born in 1970. This is where the most interesting part begins ... Having connected to the “investigation” as quickly as if they were just waiting for a command to start it, the “specialists” from the infamous Bopathcat, infamous for their pathological Russophobia, immediately declared this person “an agent of the Russian special services”. Unfortunately, this sudden and extremely ridiculous “version” is being picked up by more and more Western media over time. All right, only the New York Times, which immediately burst into screams that “the Kremlin is probably clearing its enemies abroad again” (again, this damn “high-likly”!) And drew a wholly parallel between the events in Berlin and Salisbury. Some German publications, alas, have also already begun to get drawn into the unfolding new wave of anti-Russian hysteria, repeating all the same nonsense.

With all this, the “argumentation” of the prosecutors is not at all limited to sacramental mentality, such as:

If a Chechen who fought in the Caucasus was killed, then only the liquidators of the Russian special services have no one else!

No, we must give them credit as the leitmotif of this sounds. In the context, even the immortal words of Putin about terrorists and the toilet are recalled. However, today the main “evidence” of the “Kremlin trace in history” is that poor personal information of poor Sokolov “is absent in all available databases”, including, allegedly, a certain “base of Russian passports”. What specific domestic information registries are in question, as well as how "investigators" got access to them, is silent. A man calmly flew from Russia to France on a tourist visa, from there he got to Germany, neither his documents nor his identity were aroused any suspicion from the EU border guards. And now he is already being recorded in the “GRU liquidators” solely on the basis that “the passport is too new,” and, most importantly, such a person allegedly “really does not exist”. Like, without the "direct participation of the Russian special services" Sokolov’s trip would have been impossible. Pretty bold statement, don't you find? 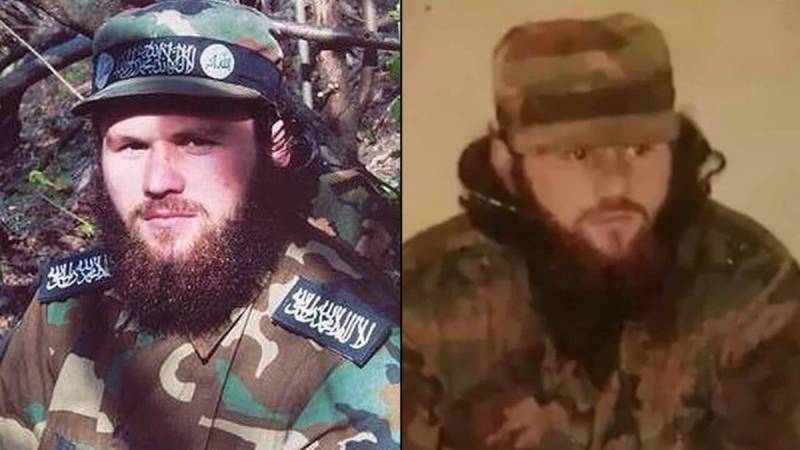 Action Zelimkhan Khangoshvili in the 90s

At the same time, it should be noted that some even in the West are already asking questions that ruthlessly spoil the "version" that is just beginning to take shape. For example, as to how the French consulate could issue a visa (and even multiple!) To a person with such dubious documents, in fact a “non-existent person” ?! Why does the detainee’s arms and shoulders “decorate” tattoos, and even very specific ones - crowns, snakes, etc. After all, everyone knows that personnel "Russian agents" do not indulge in body painting. Here, rather, it is worth thinking about the criminal past. At the same time, some journalists honestly admit that, having learned about the murder of a native of the Caucasus, they took news, solely as news of "another criminal showdown in Berlin," according to their own admission, "long since become a knot for Chechen criminal clans." In particular, for the drug trade. What can I say, even if the prosecutor of Berlin, Martin Steltner, makes a helpless gesture, honestly admitting that the case is "very vague" and there are much more questions than answers. The murder itself, according to the execution methodology, reminds one of the classic gangster “disassemblies”, unless adjusted for the local specifics — the cyclist in today's Germany attracts much less attention than the man in the roaring Mercedes. However, someone terrifiedly wants it to become a new “example of the Kremlin’s terrorist activities”. Who and why?

Given all of the above, I will venture to propose my own version. The murder of Khangoshvili is nothing more than a carefully prepared and well-executed provocation directed not only directly against Russia, but, above all, against its relations with Germany. The special services of one very "friendly" country are used to working on the same well-established schemes. For example, to arrange "Maidan" after the "brutal murder of journalists" or "execution of a peaceful demonstration" by mysterious and elusive snipers. Now here they have “in trend” the atrocious crimes committed outside the borders of Russia by “liquidators from the GRU”. There was no runaway spy at hand - no problem! We use what we have - the former "field commander" will also do. An extremely important detail: from Georgia, where he was assassinated in 2015, the murdered fled to Ukraine. However, he did not stay there too. And whose special services exactly in Kiev feel literally at home (and even much more convenient)? That's right, one very "friendly" country to us. Western "investigators" are perplexed - how could Sokolov pass passport control if his data is not displayed in the appropriate databases? How did Paris give him a visa without biometrics? No, it’s definitely not without Russian special services! But why Russian? Turn on logic and common sense already, gentlemen!

The state, whose "ears", in my deep conviction, arrogantly and openly "stick out" because of everything that happened, I did not name directly solely out of a desire to extend the intrigue. Well, tell me, to whom today are the Russian-German relations standing across the throat so that they’re not letting you breathe? Who wants to bury the most important economic project of Moscow and Berlin - the Nord Stream-2 gas pipeline literally at any cost? Which country will be the largest, most obvious beneficiary and ultimate beneficiary if, God forbid, Russia quarrels with Germany to the same extent as with Great Britain? Who is the first to rush to impose new sanctions and scream from all the stands about the “violated democracy” and “terrorist threat”? The answer is not that simple and straightforward. It is absolutely unique - the United States of America. Yes, just participation in fanning the new “espionage scandal” of the notorious Bellingcat, head over heels “smeared” in the American provocation with the Malaysian Boeing, betrays the customer and organizer. These are all the same guys to whom it is not a problem to equip a Russian passport “just like a real one”, and in the French consulate, anything to “solve” is all the more not a question.

Yes, the whole story is very similar to the operation of the special services - but not only to eliminate the planned object, but to "drain" this very liquidation in order to create an occasion for an international scandal. Only the German "Pavlik Morozovs", surprisingly successfully finding themselves at the right time in the right place, what are they worth! Yes, there were probably no teenagers there. “Sokolov” (which was not Sokolov at all, of course) was initially “led” and “leaked” by the local police just when it was needed. And, yes - here's another thing ... Only the Americans could only hang that surname for the “liquidator agent”. Hollywood of the purest water ... The American edition of Politico “with a sense of deep satisfaction” is already broadcasting: “The murder of the Kremlin’s enemy committed in Berlin will inevitably frustrate Germany’s attempts to draw closer to Russia.” Q.E.D. They are not even shy! What should our country prepare for? To a new round of Russophobic hysteria, almost certainly. Perhaps to new sanctions and "diplomatic wars." How far things can go today depends on the prudence and pragmatism of the German side. I want to believe that policy of this country will surpass their British colleagues in these moments. Then the efforts of those who dream of repeating the "Skripals" in the German version, all the same, will go to dust.

We are in Yandex Zen
It's important
26
Ukraine from the inside: traitors, curators and those who watch from the Kremlin
Ten "defeats" of Putin
Reporterin Yandex News
Read Reporterin Google News
6 comments
Information