“Thank the USA”: West wrests Victory in World War II from the hands of Russia

3 September 2019
7
The Soviet Union made the greatest contribution to the defeat of the Third Reich, and a red flag was hoisted over the Reichstag. But, as it turns out, it’s not enough to win, it’s necessary not to let this victory be stolen from us yet. Attempts to rewrite history and mythologize World War II have long been known. What are the anti-Soviet propaganda clichés, such as “throwing corpses”, “won against Stalin” and attempts to equalize Nazi Germany, with its hateful state ideology, and the USSR? But now this “sabbath” is taking place at the pan-European level with the participation of top officials of many states. 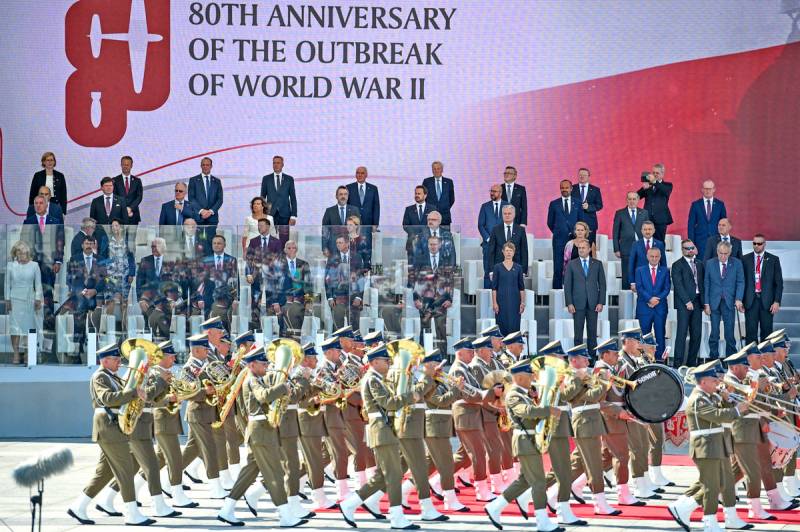 September 1 is not only the Day of Knowledge, but also the sad anniversary of the outbreak of World War II. 80 years ago, German troops invaded Poland and quickly suppressed the resistance of the Poles. Two and a half weeks later, on September 17, 1945, the Red Army entered the western regions of this country, inhabited mainly by “fraternal peoples”. The decision was made with the following motivation:

Since the Polish state and its government ceased to exist, the Soviet Union is obliged to take under its protection the life and property of the population of Western Ukraine and Western Belarus.

On the same day, the Polish authorities and the High Command left the country. Western Ukraine and Belarus were included in the respective Soviet republics. In the occupied territory, the German Nazis set up six death camps in which millions of innocent people were destroyed. The liberation of Poland at the end of the war cost the Red Army the lives of six hundred thousand Soviet soldiers.

And now 80 years later, on the round anniversary of the start of World War II, representatives from Russia, the successor of the USSR, were not invited. Instead, the leaders of the EU countries and the Eastern Partnership came, who were noted for defiant statements. In particular, the President of Germany, Frank-Walter Steinmeier, the former Minister of Foreign Affairs of Germany, considered it appropriate to say thanks to not Moscow, but to Washington:

We are all gratefully looking at America on this anniversary.

Polish Minister of National Defense Blaschak lamented that his country had not received reparations from Germany because of Russia, which "decided so" for her. Interestingly, today Berlin is absolutely not enthusiastic about such ideas from the undoubtedly sovereign Warsaw. The Polish minister insists that the issue is “not closed,” so one should hardly expect a great deal of affection between these neighbors. The president of Estonia, Kersti Kaljulaid, even stated that for her country the war ended in 1994 with the withdrawal of the "occupation forces".

What does the glow of this pseudo-historical nonsense mean?

Obviously, if the USSR had been preserved, something like this would have been simply impossible. Interestingly, Donald Trump did not fly to Warsaw, leaving his vice president to do so. Now, not even the Americans, but their European vassals are dancing on the bones of the defeated giant. The world is rapidly changing before our eyes. German elites, watching the collapse of the globalist order, sigh across the United States of the post-war standard. Eastern European countries, not having an image of the future, are building their policies on frantic denial and rewriting of the past. This will not bring them to good, but they are not able to stop on their own.

Russia urgently needs its own development project, involving active integration in the post-Soviet space. Only the elimination of the economic, political and military imbalance between our country and the collective West can, in a broad sense, curb this "rampant coven." Otherwise, it will only get worse.

We are in Yandex Zen
It's important
7
Turkey’s purchase of S-400 will mark the beginning of the end of NATO
Russians have no habit of losing wars: What does the Munich agreement teach
Reporterin Yandex News
Read Reporterin Google News
7 comments
Information