The US wants to “throw” China a trillion. Is Russia next in line?

3 September 2019
3
The new round of the “trade war” between the US and China, the “gong” to which it sounded on September 1, may clearly become the most dramatic in this fairly protracted battle. In any case, in Washington, ideas are already in full swing about how to use tricks that will instantly turn, albeit cruel, but conducted so far in a certain framework, economic a duel in the real "fights without rules". 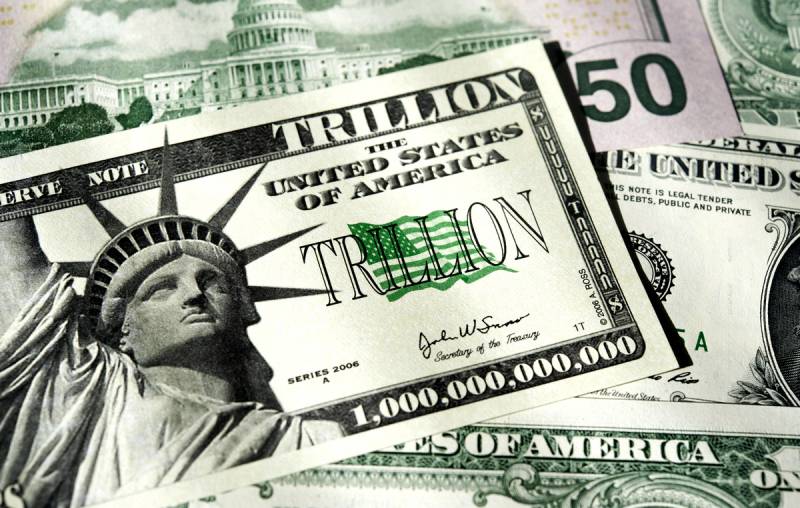 This, of course, is about the “imperial securities” of the Celestial Kingdom that suddenly emerged from oblivion, which some people in the United States seriously suggest using as a “battering ram” that can overwhelm Beijing’s financial system. What is it about, and what does this have to do with Russia?

The bonds, which, in fact, are being discussed, were issued by China more than a hundred years ago, at the very beginning of the 1911th century, when the next imperial dynasty still ruled there. They were intended mainly to attract investment in the construction of the infrastructure there, for example, railways. As is known from history, the end of emperors in the Middle Kingdom came in 1949, then in the country for a long time, enthusiastically and bloodyly different forces fought for power, until in XNUMX, with the help of the USSR, the Communists came. Comrade Mao, who headed them, acted in exact accordance with the well-known joke about the forester. That is - he sent all the imperialist creditors to hell. Ancient and beautiful (even very) booms from the means of financial speculation turned into a collectible. Today they can easily be bought at various sites on the Internet at prices ranging from hundreds to five hundred dollars apiece. In the United States, an entire community of owners of these luxuriously designed "candy wrappers" has formed, proudly calling itself the "Association of Holders of Chinese Imperial Securities" - the American Bondholders Foundation (ABF). Well, you never know who collects what, who is fond of what. Everything would be fine, but only for some time now its members began to deal with issues that are very far from a peaceful collector's life.

The American edition of Bloomberg, to the publication of lightweight "sensations", in any case in matters relating to finance, as well as to hoax, it seems that its readers were not noticed. And not so long ago, it released information about the meeting of the "initiative group" of these same eccentrics with none other than the President of the United States, Donald Trump. That was held at the golf club, so beloved by the head of the White House, where he strives to escape from the work of the righteous at every opportunity. The issues there were far from idle. The subject of discussion was the proposal made by the association’s head of state: to redeem all available “Chinese papers” from them, and then demand their redemption from official Beijing. The most remarkable thing is that instead of announcing this “ingenious” plan, Mr. President did not think to click on strong guys from the guard who would help visionaries find a way out, or even orderlies, from the nearest psychiatric hospital. It seems he wholeheartedly imbued with what he heard! In any case, in the picture attached to the publication, Trump almost embraces posing with the leaders of the “movement” - Texas farmer Joanna Bianco and a certain Brian Kennedy. Moreover, there is evidence that the president connected Stephen Mnuchin and Wilbur Ross to a conversation with them. That is - US finance and trade ministers, respectively. Something doesn’t look like it’s a joke ...

A trillion out of nowhere

The whole charm of this situation (in the literal and figurative sense) for Trump is that the ABF members who came up with a tempting offer, using some methods he knows alone, calculated: the cost of the “imperial” bonds that they hold today is neither more nor less, but a whole trillion dollars! Initially, the bonds were supposed to have a yield of 4.5-5% per annum, plus inflation, and compensation for late payment ... They thought it seemed somehow, but rather, in this case, the task was simply adjusted to the answer. After all, the named figure fascinates not only with its breathtaking magnitude. The amount of the US government debt bought back by Beijing today is just 1.1 trillion of the same “green” ones. "Mr President! And why don't you settle accounts with the Chinese with their own papers ?! ” - supposedly, that was exactly what was said during the negotiations by one of the members of the “initiative group”. The temptation for the head of the White House is not just great, it is huge. Having made such a move, Trump not only relieves his country of the colossal part of the debt burden, but also literally turns into dust almost a third of the gold and foreign exchange reserve, which does not allow him to live peacefully under the Celestial Empire. This is the check and checkmate in the "trade war"! And, quite possibly, the election won.

It remains, as usual, "a mere trifle." To make Beijing recognize such a “deal of the century”, it has repeatedly stated that it does not intend to pay the RMB to anyone under any circumstances under debts made before 1949. After all, you can easily run into the Third World - and quite real. It was as if the Chinese, seeing that their economy was collapsing, did not send the Treasuries, who turned into empty paper, to Washington, attaching them to the warheads of their Dongfengs ... In general, the whole situation would have looked like a complete phantasmagoric nonsense, if not for just two circumstances. Firstly, in the USA there is a law by which Themis there is authorized to consider legal cases regarding bonds issued literally by anyone, anywhere and anytime - even long before the adoption of this law itself. Secondly, Donald Trump is extremely concerned about issues of public debt, and not without good reason - borrowing a trillion for the second year in a row, this is not a joke. He has already several times personally expressed ideas that differ little in the degree of sanity from that voiced by ABF during a meeting at a golf club. For example, "print the dollars you need and give them to everyone we owe." Is it not enough that he now wanders into his head? The President is all the same ... They don’t want to comment on the situation at the US Treasury, as well as the Treasury and the Treasury there, but they don’t completely dismiss the possibility of its further development in a way that is extremely unpleasant for the Chinese side.

It was then that Beijing and side could come out on top of his superiority in the possession of US government securities. Now the Chinese have already begun to get rid of them - but no matter how late it was. Fortunately, such a financial vileness on the American side cannot threaten our country in any way. One can only rejoice at the sagacity of the leaders of the state, who began the process of the consistent disposal of the gold reserves of Russia from the Treasuries, and to this day, who have almost completely cleared it of them. Here, perhaps, Washington will begin to stir up inconsistencies in the payment of Lend-Lease. However, if there are those who are trying to demand money from the People's Republic of China that the emperors borrowed ... Is there anything else they can think of? However, this situation has another aspect, which nevertheless concerns us directly. Let me remind you, more recently, with the demand to “honestly pay” on the same “railway” bonds, with the same approximate prescription, but only issued by the Russian Empire, a certain Francis Verkamer, by the way, was a member of the French parliament. And this is despite the fact that this issue was resolved at the interstate level back in 1997, the debt, in the amount of $ 400 million, was covered. Nevertheless, Monsieur Verkamer believes that his compatriots are firmly underpaid and claims to have some kind of “additional compensation” from Moscow. Strange coincidence. Or not a coincidence at all?

In light of this, it becomes clear that in the event of Washington’s attempt to realize a “Chinese combination” of this kind to “sufferers” who emerge from the light of day, shocking with dusty and dilapidated “securities” it is not known for what age, there will be no end, no edge. All of them, and behind them - some states that were tempted by the idea of ​​"cutting money easily", will demand something, claim something. And there the thirsty people, like the Poles of “reparations and compensations” for the long-standing military and other insults, will “catch up” ... Unimaginable chaos awaits the world financial system in this situation. Yes, and foreign policy shocks can not be avoided either. The history of interstate borrowings and other financial relationships is so complicated and confusing, and sometimes contradictory, that start tearing up the long past - and nothing good will come of it. Including, by the way, for the United States. So, it would be better for Trump not to succumb to the temptation, and the projectors from ABF to engage in collecting something less provocative. Beer labels, for example.

We are in Yandex Zen
It's important
20
Huawei vs. USA: victory on points or already knocked out?
US Global Economy: An End That Sneaks Noticeably
Reporterin Yandex News
Read Reporterin Google News
3 comments
Information