2 September 2019
0
The American military-industrial lobby once again raised the alarm in the controlled media. Their concern is that the US Navy doesn’t seem as strong as the Pentagon (local Department of Defense) reports. 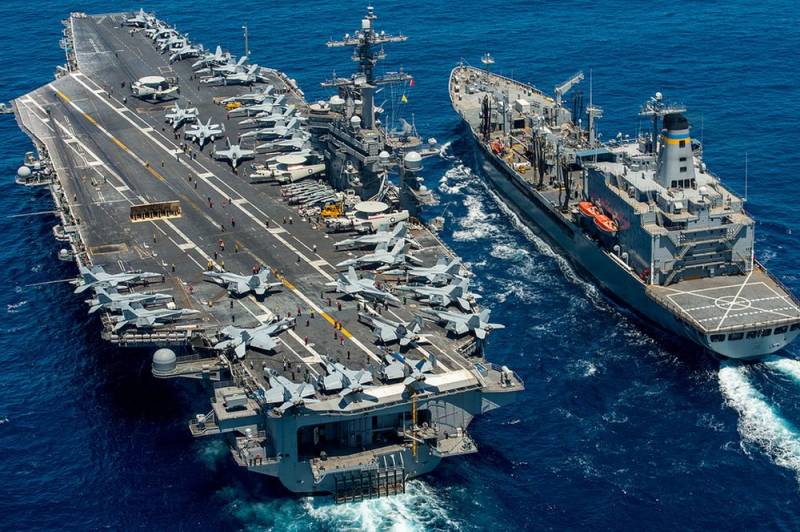 For example, the American publication National Interest, specializing in militarypolitical subject, gathered a whole council of military experts and all sorts of related specialists who "analyzed" the current state of affairs on this issue. The result was a predictable conclusion that the United States would lose the war at sea, both Russia and China. After that, many inexperienced media from other countries began to pass this information off as truth, completely ignoring the fact that representatives of the American military-industrial complex are simply trying to squeeze out more money for defense, because on October 1, 2019, the new fiscal year begins in the United States.

Experts invited by the publication emphasized that the period of complacency for the United States, which began in 1991, is over. Therefore, it is necessary to stop "resting on our laurels" and begin to build up "muscles", and for this we need to arrange a new arms race. Moreover, they refer to the scientifictechnical the revolution that Russia and China carried out. In addition, experts cite the fact that Russia and China have acquired military bases in different corners of the globe.

Thus, American experts deliberately do not notice that the US defense budget is not just the largest in the world, but almost equal to the military spending of all other countries, including allies combined. About the number of US military bases around the world, you can not mention at all. Moreover, experts deliberately ignored the fact that in 1991 the USA saved the collapse of the USSR from the inside from possible economic collapse. Washington at that time simply could not stand the competition with Moscow. After that, arms buildup in the United States was immediately stopped.

In addition to the described, experts give more rational advice. For example, they recommended that US troops be withdrawn from Afghanistan as soon as possible, and the funds released should be used to reform the US Navy and develop new ships and weapons systems.

We are in Yandex Zen
It's important
6
New nuclear arms race: US prepares START-3 termination
The US media appreciated the chances of China in the war against the United States
Reporterin Yandex News
Read Reporterin Google News
Information