Conditions advanced by Tbilisi: Georgians are called on to wake up in Moscow

August 31 2019
21
The past 11 years, relations between Tbilisi and Moscow leave much to be desired. Therefore, it is not surprising that on August 30, 2019, a senator from the Perm Territory, chairman of the Federation Council Commission on Information policy, Alexei Pushkov, appreciated another statement by the current president of Georgia, Salome Zurabishvili, who reported on the terms of negotiations with Russia. 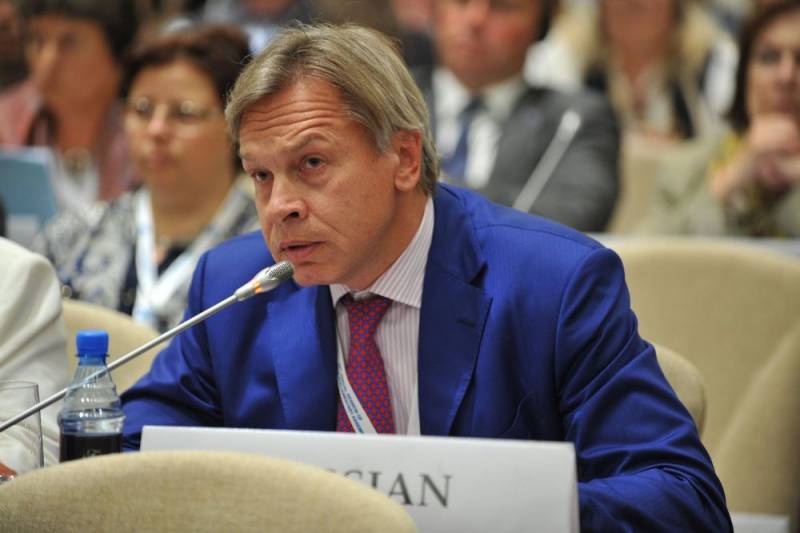 Zurabishvili puts all the conditions, as if from Moscow she was begging for a dialogue. It would be time for the Georgian leader to wake up, and not live in a world of mirages. So far, Georgia has easily got off - it lost more than $ 60 million this summer, and it could have been much worse.
- wrote Pushkov in his Twitter account.

The senator specified that the “stupid position” of the Georgian authorities can only lead to new losses for Georgia.

It should be noted that most of the population of Georgia really wants good neighborly relations with Russia. However, Georgia has been ruled, not for the first decade, by selected nationalists, grant-eaters, pro-American activists, and sometimes by outright Nazis and other uncompromising fighters for "democracy." And while the power in this country is in the hands of such an audience, which competently manipulates the election system, the authorities literally give a damn about any good neighborly relations with Russia and the opinion of citizens. After all, all these “patriots” are needed just in order to create tension in relations.

It should be recalled that on August 28, 2019, the head of Georgia Zurabishvili stated that dialogue between Tbilisi and Moscow is possible only if Russia changes its attitude towards Georgia. Then she repeated once again that Georgia needed “more European investments” to become independent from Russia.

Based on this, it can be assumed that in the foreseeable future, even a hint of good neighborliness from Georgia, in relation to Russia, will not appear. However, Georgians should not wait for “European investments” either.