August 29 2019
0
Unmanned electric train "Swallow" has successfully passed the test on the ring in Shcherbinka. During testing, a situation was simulated when a person appeared on the route of a locomotive. According to Deputy Prime Minister Maxim Akimov, who was at that time inside the squad, the system coped with the problem accurately, first giving a signal and then stopping in time. 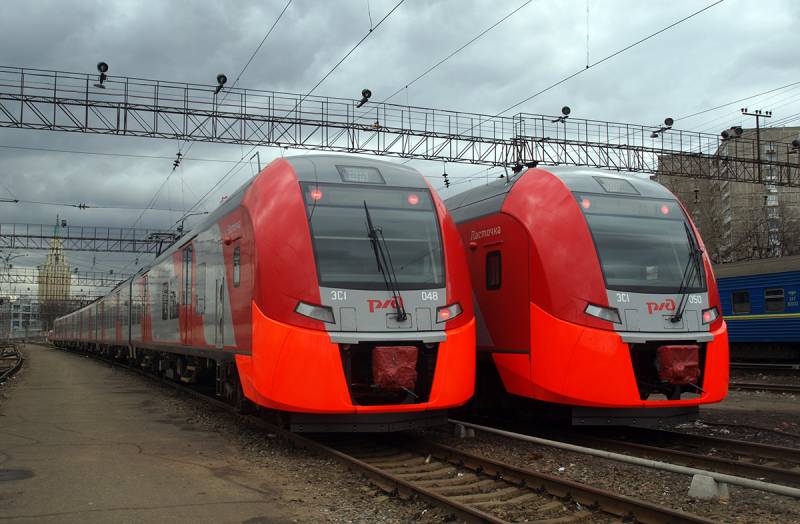 Also during the tests, the train was attended by the General Director of Russian Railways, Oleg Belozerov. The functionary noted that during this event, the company successfully worked out the third level of vehicle movement in unmanned mode out of four stipulated by international standards.

In addition, Belozerov emphasized that the new electric trains use exclusively domestic systems. And the appearance of unmanned "Swallows" on the Moscow Central Ring can be expected as early as 2021.

Today, all Russian passenger trains on public roads are operated by drivers. However, according to the director of Russian Railways, the latter should not worry about the appearance of unmanned vehicles with a machine vision system. In this case, human labor will still remain in demand, changes will affect only the functional responsibilities of the driver.

We are in Yandex Zen
It's important
0
The first "Swallow" with machine vision entered at the disposal of Russian Railways
KAMAZ without you: Russia will become part of an unmanned auto-revolution
Reporterin Yandex News
Read Reporterin Google News
Information