Even closer to the goal: Starship prototype successfully “jumped” at 150 meters

August 28 2019
2
Today, on August 28 at 2:00 (Moscow time), the prototype of the promising Starship ship from the SpaceX American corporation successfully passed the next tests, which were carried out at the company's private spaceport in Boca Chica (Texas). During testing, Starhopper made a vertical take-off to a height of 152 meters and then flew to the side at a distance of 100 meters. In conclusion, the spacecraft concept made a smooth landing in the center of the landing site. 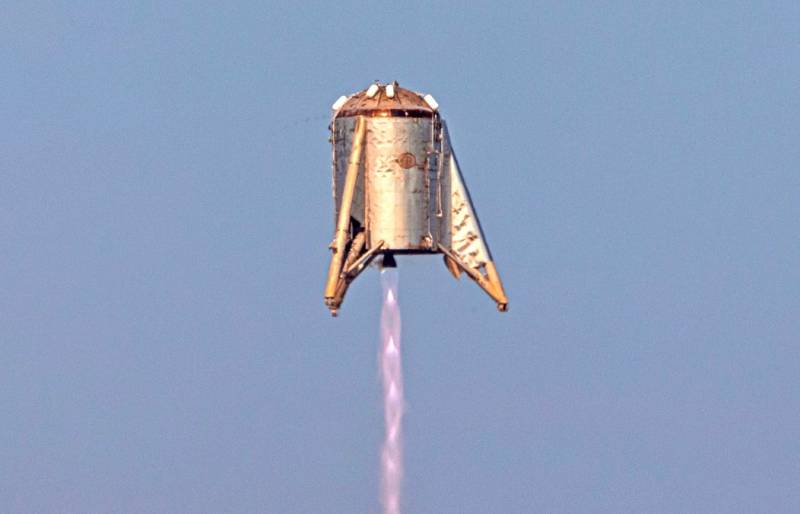 It is worth noting that these tests were the first in history when a prototype with a large Raptor rocket engine on liquid methane and oxygen was able to successfully complete a fairly long flight, demonstrating thrust and vector engine control. At the same time, the result obtained by SpaceX has not only great technicalbut political value. This stage of testing once again allowed Ilon Mask to demonstrate the relevance of the Starship project for future NASA missions.


Recall that the Space Stars Corporation created by SpaceX is intended for future deep space exploration. The spacecraft, equipped with 7 Raptor engines, will be launched via the Falcon Super Heavy with 35 units.

Starship commercial launches are slated for 2021. At the same time, Elon Musk declares that the first mission of the ship to Mars can take place already in the middle of the next decade.