Russians will fly to the moon: "Roskosmos" starts preparing flight

August 27 2019
6
Recently we Reported, like the Soyuz MS-14 spacecraft, on board of which the Fedor robot was located, could not dock with the International Space Station (ISS). And now, it became known that the state corporation "Roskosmos" began preparations for a flight to the moon - the natural satellite of the Earth. 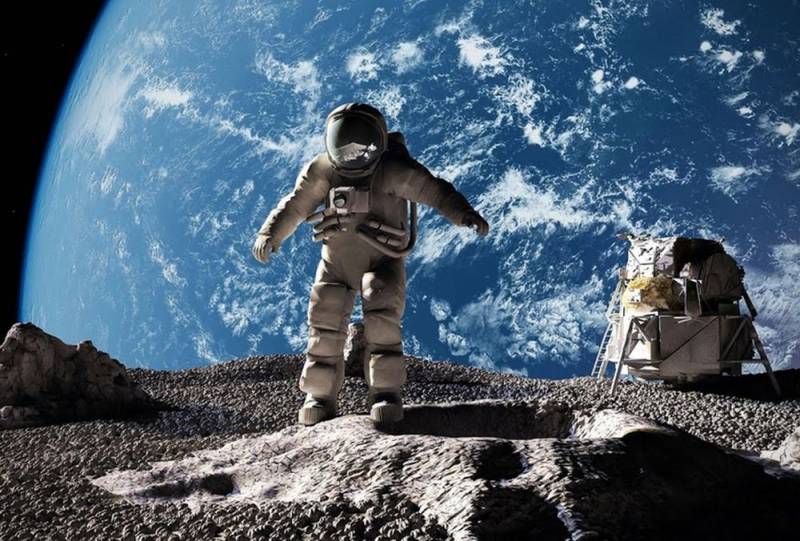 This is evidenced by Tenderposted on the website of public procurement (No. 0995000000219000098), to conduct research that is needed for this space expedition. The procurement object is: “Applied research on the problematic issues of the implementation of manned flights to the moon, the creation of key elements and of technologies, including life support and biomedical directions, ensuring the safe stay and work of astronauts in the near-moon orbit and on the moon’s surface (Code of the Scientific Research Institute "Pastoral-1"). "

According to the information presented, the contractor is obliged to study the problematic issues associated with the implementation of manned flights to the moon, to create key elements and technologies (life support and biomedical character and others) that ensure the safe stay and work of astronauts, both in the lunar orbit and on the surface The moon. In addition, to analyze the technologies that can be used, to propose options for the use of robotics and 3D printing, and methods of rehabilitation of astronauts.

However, the performer, in addition to all of the above, must also formulate the very program of exploring the Moon and further developing the natural satellite of the Earth for Russia. This hints that the Roskosmos itself does not yet understand what they specifically need from our closest space neighbor.

At the same time, the starting cost of the contract is only 373,4 million rubles. It is specified that the first stage of flights will be called “Sally”, the second stage - “Outpost”, and the third - “Base”.

It should be recalled that from the Central Scientific Research Institute of Mechanical Engineering (TsNIImash) in Korolev (Moscow region), the head scientific institute of Roscosmos, back in February 2019 it was reported that the first test launches and a manned flight to the Moon (with the moon around) could take place in the years 2028-2029. In 2031, the first delivery of the crew to the moon may take place. In 2032, a heavy lunar rover and the crew of the second expedition want to deliver to the moon. They will conduct surface movement experiments. In 2033, a third expedition to the surface of the moon should take place. Its main task will be the development of a lunar vehicle and testing of robotic systems. In the years 2034-2035 they want to begin construction of a base on the moon.

We are in Yandex Zen
It's important
4
Mission Disrupted: Ship with Robot Fedor Could Not Dock to ISS
When Russia will build a base on the moon
Reporterin Yandex News
Read Reporterin Google News
6 comments
Information