Will clean in 20 seconds: a toothbrush "for the lazy" is presented

August 26 2019
0
An extremely unusual project called Encompass was launched on the eve of crowdfunding platform Indiegogo. We are talking about an electric toothbrush, which will reduce brushing time by up to 20 seconds. At the same time, the developers claim that such "extreme acceleration" in no way affect the quality of the procedure. 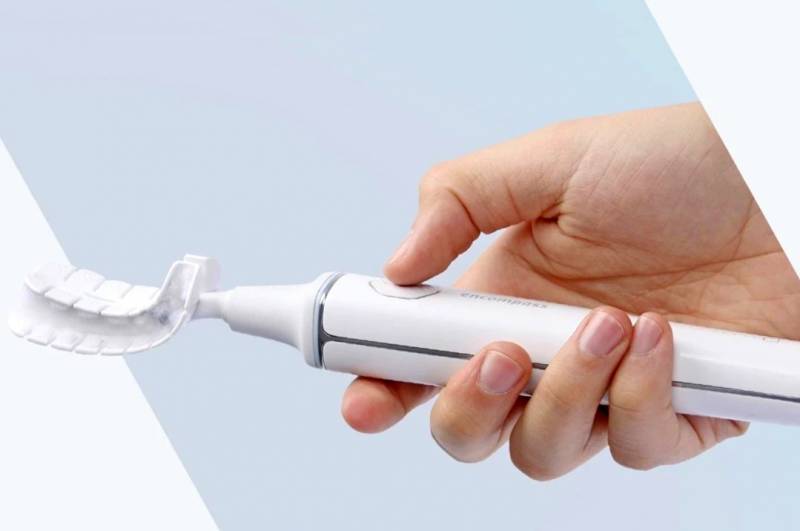 The main feature of the device is that instead of the familiar round nozzle, a flexible design is used that adapts to the shape of the jaw. Inside it are miniature brushes that can move at a speed of 100 times per second and at the same time cover both the lower and upper row of teeth. Thus, according to the creators of Encompass, you just need to apply the paste and hold the device for 10 seconds on one side of the jaw and the same amount on the other.


It is worth noting that the "toothbrush for the lazy" provides protection against user errors. For example, from a strong gritting of teeth. At the same time, one full charge of the built-in battery is enough for about 2 weeks of using the device.

As for the price of new items, it has not yet been announced. At the moment, the Encompass project has been launched for educational purposes.

We are in Yandex Zen
It's important
1
“Killer Aircraft”: the failure of the Boeing 737 Max and its consequences for Russia
Unique “double” toothbrush brushes teeth in 30 seconds
Reporterin Yandex News
Read Reporterin Google News
Information