The end of the legend: why "Corn" urgently looking for a replacement

August 26 2019
7
The Russian authorities are urgently looking for a replacement for the An-2. The legendary "Corn" has flown its own for a long time, but still forms the basis of the regional small aviation park in our country. Aircraft are very worn out, and in the foreseeable future, for example, Yakutia may be largely isolated from the "mainland". Who will replace Annushka, and what hinders the development of small aircraft in Russia? 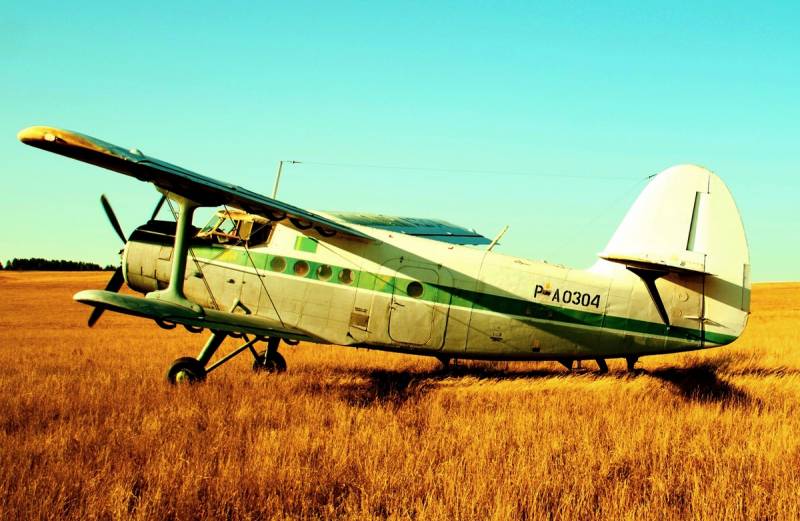 An-2, despite the name, initially appeared in Novosibirsk and only then “flew” to Kiev. The aircraft was produced in the USSR, Poland, and to this day in China, for which it was included in the Guinness Book of Records. In total, more than 18 thousand biplanes of various modifications were produced. “Annushka”, capable of lifting from nine to fourteen people, carrying goods and pollinating fields, was very popular because of its simplicity in operation, unpretentiousness to airfields and short take-off during take-off.

"Corn" has become a real "workhorse" in the development of Siberia, the Far East and the Far North. But not only there, the AN-2 honestly pulled the strap, experts explain:

In Soviet times, small aircraft were used very extensively. Even if we take Moscow and the Moscow region, the number of small-scale airfields far exceeded a hundred. Now it is calculated, God forbid, if in tens.

However, time does not spare anyone. Even the simple and reliable, like the Kalashnikov assault rifle, An-2, will soon have a full resource out. To this day, small aviation remains the most important component of transport connectivity for 15 Russian regions. The authorities of the "off-road" Yakutia warn that in just five years, most of its extremely worn-out fleet will have to be written off. What then will the Corners replace?

As a possible alternative, we considered the projects of the Russian Expedition and Trotter aircraft, as well as the assembly of foreign Cessna and Twin Otter. But they were never implemented. Now the Baikal project (TVS-2DTS) is considered the favorite. This is a very interesting aircraft with a turboprop engine, specially designed to replace the An-2. Its production is possible even in small factories at 25-30 units per year, with a staff of not more than 70-80 people. The novelty was welcomed at the MAKS-2017 air show.

It was assumed that the production will be established in Ulan-Ude. The head of Buryatia stated:

The aircraft has very good potential. The subjects of the Far Eastern Federal District are interested in its use. There is an interest of international buyers. It will be interesting for all the poor countries. In addition, we conducted a survey of the governors of Russia, and all regions of Siberia, the Arctic, and the Far East say: give us this plane.

However, now this question has again hung in the air. It is reported that the start of production has been postponed until 2022. Why is such a difficult fate for the domestic small aviation, and all promising, with technical point of view, projects are shelved?

At first, Russia has lost most of the old Soviet airfields. Oleg Smirnov, former Deputy Minister of Civil Aviation of the USSR, explains that from 1400 to the present day, about 200 of them remain. The land under the airfields was transferred for other needs, for example, construction.

SecondlyToday, small aircraft rests on the purchasing power of the population. If in Soviet times the ticket for the An-2 was available to the average citizen, now we have capitalism, and you have to pay for everything at the market price. In particular, within the Irkutsk region, from the capital center to the city of Ust-Kut, it is worth flying over 8 thousand rubles. At such prices you don’t run into much.

It turns out that small regional aviation can afford a very small population, therefore, commercial carriers are not particularly interested in buying new aircraft, and manufacturers in creating them. In our realities, the much-needed revival of small aircraft is only possible with the active participation of the state in creating a network of high-quality airfields, modern airplanes and subsidizing tickets for regional flights for the population. And this is a question of a lot of money.