August 26 2019
32
In truth, the possibility of Minsk buying “black gold” in the United States, more recently, could be the subject of discussion, except perhaps on some comedy show. Well, or, as a milder option - at the convention of science fiction writers. And, nevertheless, today it is, in fact, a fait accompli. 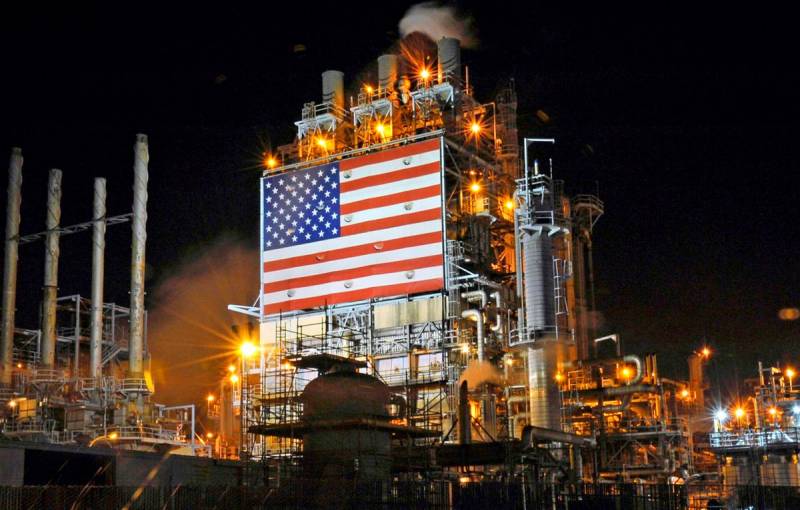 Belarus has already taken quite concrete and unambiguous steps, the purpose of which is, in fact, the transition from Russian oil to American. Can this move have exclusively economic background? No way! A complete reorientation in the sources of energy supplies in this case is only the tip of the iceberg, which, perhaps in the near future, could smash the relations between Minsk and Moscow.

There can be no doubt that Belarus is striving to enter the US oil market as a buyer. The local state oil company, having connected its own subsidiary registered in the UK, BSC-UK, has already hired David Genkarelli, a lobbyist with 30 years of experience and a strong position in Washington, who promises potential clients to easily "solve problems" in their own advertising profile in Congress and various US federal agencies. This specialist, whose services are valued at $ 60 (an advance has already been paid), must not only “punch” the receipt of a special license from the US Ministry of Finance for the purchase of crude oil and deliver it to Belarusian refineries, but also, more importantly, “ventilate” it extremely painful moment for Minsk with sanctions. Recall that Belarus was “rewarded” back in 2006 for “non-transparent elections,” and a year later, with the expansion of restrictions, Belneftekhim also fell under them. However, in 2015, “for good behavior” by Lukashenko, who deigned to allow international observers to the next election and released some of the “representatives of the opposition” from prison, the United States changed its anger to mercy - but only partially and temporarily.

At present, the situation is as follows: the United States periodically grants Belarusian oil workers temporary exemptions from the sanctions regime. This exception is valid for six months; however, it can be extended at will by whatever Washington wants. And just on October 25 of this year, the term for the next such relief expires. According to reports, in the case of a positive solution to the problem, Minsk is trying to get the coveted license no later than November in order to plan a new, 2020 budget year, taking into account US supplies. As you can see, all more than seriously ... At the same time, however, the most important question remains open: why is Belarus such dizzying somersaults? Economy? The desire for the notorious "diversification"? Do not tell, by golly! In the normal way of delivering oil from the United States to the Novopolotsk and Mozyr refineries via seaports (for example, it will be Odessa or Klaipeda), the price of such crazy logistics will truly turn it for Belarusians into black gold - not portable, but in reality literally! The refining industry there, with investments of $ 2.5 billion in the reconstruction and modernization of the above enterprises, cannot afford such insanely expensive raw materials. No, your will, the point here is not at all in the economy. But then what?

Drift from Moscow to Washington

Alas, it is necessary to consider Lukashenko’s upcoming “oil maneuver” exclusively in the context of drastic changes in his external policy, emerging literally in the last couple of years. Since 2008, diplomatic relations between Minsk and Washington have been at the point of absolute “freezing” - the absence of an exchange of ambassadors, the US diplomatic mission in Belarus reduced to an absolute minimum, sanctions and the seemingly eternal stigma of the “last dictator of Europe”. How much worse? A turn of almost 180 degrees was outlined, in fact, this year. In March, a senior official of the Belarusian Foreign Ministry, Oleg Kravchenko, announced the process of appointing new ambassadors between Washington and Minsk, and then it went and went! George Kent, in the first half of 2019, managed to visit the Belarusian capital twice. The Deputy Assistant Secretary of State of the United States - a post, it seems, is not the most significant in status, but after a complete "zero" in relations - and this is a great breakthrough. This month, Minsk was blessed with its presence by a whole delegation of American congressmen, led by the way, by the way, member of the US House of Representatives from Illinois, Michael Quigley, a seasoned and patented Russophobe. Moreover, plenipotentiaries of such extremely odious organizations as The Jamestown Foundation, Penn Biden Center for Diplomacy and Global Engagement, and RAND Corporation were also noticed in the local area. All this is entirely near-governmental analytical centers, "sowers of world democracy." What did they forget there?

Moreover, there is information about the sharply intensified cooperation of official Minsk not only with structures such as the FBI and the Drug Enforcement Agency of the Ministry of Justice, but also with the US Secret Service, whose representatives on Belarusian soil were recorded, again, in the current year. What does all this mean? I’ll venture to suggest: realizing the extremely low probability of the organization of a “color revolution” in the country to turn it into another springboard against Russia, Washington nevertheless decided to negotiate with the current government. For the same, however, purpose. Moreover, Lukashenko himself gave all the reasons for this - first with his position regarding events in Ukraine, and then with increasingly unfriendly rhetoric regarding our country. For the United States today, the main task is to disrupt the further in-depth integration of Belarus and Russia. Ideally, the creation by Minsk and Kiev of an anti-Russian bloc in general. Another extremely powerful incentive to turn to face Belarus, Washington sees a growing penetration of comrades from China there. The Americans are not satisfied with the Belarusian activity in Venezuela and Iran, even if it is minimal. And finally, if they manage to get firmly involved in the issue of energy supplies to Minsk, then there will be a real chance to firmly embroil Russia not only with Belarus, but also with Kazakhstan - because in reality it will most likely be about purchasing “black gold”, mined by companies from the USA in this country. And here we have another interesting point.

An alternative to friendship with Russia and the Russian Friendship

Say what you like, but any more or less realistic crude oil supply schemes that have a conditionally American origin, for Belarus are possible, almost exclusively with the involvement of Ukraine. It should not be forgotten - companies from the USA extract “black gold”, in fact, all over the world. Including - in Azerbaijan and Kazakhstan, the raw materials of which do not need to be dragged across the ocean. The problem is that Russia is unlikely to agree to accept such oil into its pipelines, having found a million and one reason for refusal. In this case, the most likely delivery route seems to be the Odessa-Brody oil pipeline, from where the raw materials will go to the same Mozyr via the second branch of Friendship. By launching such a scheme, the United States is not killing two “birds with one stone”, but a whole flock of them! Kiev and Minsk "merge in a tight embrace", becoming even more indispensable partners for each other, with, most importantly, increasing their dependence on Washington. Ukraine, in the conditions of the termination of the transit of Russian gas through its gas transportation system, receives, albeit far from equivalent, but at least some replacement. At the same time, "non-down" is also provided with enough fuel to continue the war in the Donbass. Lukashenko receives new, as it seems to him, impenetrable trump cards to confront the Kremlin in all directions - from economic to political. The idea of ​​integrating the two countries is once again hanging in the air. And then - how to know ... It is quite possible that the United States also plans to create an alternative to delivering Russian energy to Europe through Druzhba, which has been so “successfully” and “timely” compromised by a very strange story with “dirty oil”. Everything that happens is very much like a well-thought-out and planned “multi-way”, in which Belarus with all zeal plays the role assigned to it by the Americans.

Generally speaking, such actions by Minsk look especially wild on the eve of a new stage in the implementation of the project to integrate our states. The Belarusian Prime Minister, Sergei Rumas, claims that his program will be “put on the Lukashenko’s table” on August 27, and that this will be about creating a “common market for the two countries,” as well as similar things. And here is such an oil "passage" ... Or does the Prime Minister not know about him? Very doubtful. On the other hand, it is entirely possible that all the fuss started is nothing but another means of “psychological impact” on Moscow with the goal of squeezing something very substantial out of it. A compromise on the “tax maneuver”, for example, or, say, sky-high compensation for “dirty oil”. “Now, look at what you brought us with your intransigence! We are ready to buy oil from the Americans! ” - Well, something like that. In this case, Aleksandr Grigoryevich runs the risk of simply overdoing it, greatly overestimating the long-suffering of the Kremlin. How much can you embark on frankly blackmail tricks? In combination with the demarches undertaken personally by the Belarusian leader, such as declaring friendship with Washington “one of the main priorities” of Minsk’s foreign policy on US Independence Day, all this looks extremely doubtful, to say the least. Well, in order to find out whether behind the oil escapades of Belarus there is only the desire to "bargain a little more", or much more serious intentions that threaten relations with Russia as such, you will not have to wait long.
Ctrl Enter
Noticed oshЫbku Highlight text and press. Ctrl + Enter
We are
Peace enforcement operation. Russia inflicts a preemptive strike on Kiev
The “oil war” with Russia: the “shale revolution” in the United States came to an end
Reporterin Yandex News
Read Reporterin Google News
Ad
The publication is looking for authors in the news and analytical departments. Requirements for applicants: literacy, responsibility, efficiency, inexhaustible creative energy, experience in copywriting or journalism, the ability to quickly analyze text and check facts, write concisely and interestingly on political and economic topics. The work is paid. Contact: [email protected]
32 comments
Information
Dear reader, to leave comments on the publication, you must to register.
I have an account? Sign in