August 24 2019
0
Ukrainian Motor Sich (Zaporozhye) is one of the five leading engine building companies on the planet. Over the past 15 years, the leadership of this company, led by Vyacheslav Boguslaev, has helped China make quality technological a breakthrough in the field of aircraft engine development. Now the United States has become preoccupied with this problem, since Beijing has not only created competition for Moscow in this strategic industry. 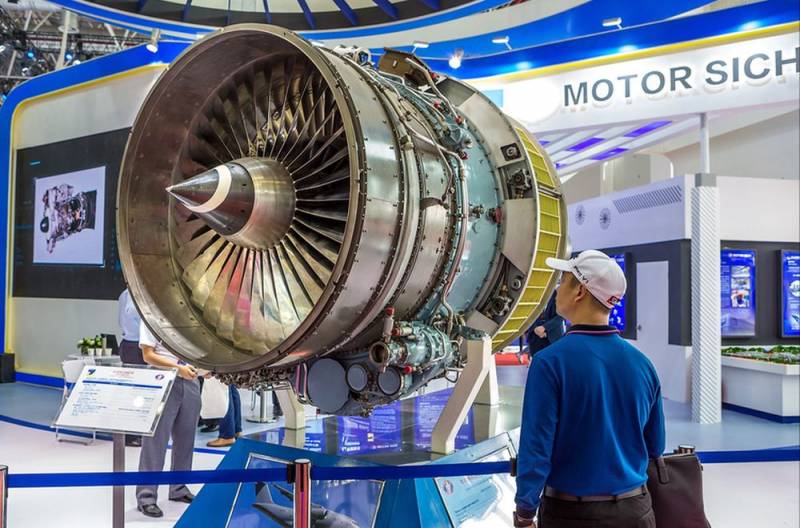 According to the American newspaper The Wall Street Journal (WSJ), August 23, 2019, referring to its sources in the US administration, US Presidential Assistant for National Security, John Bolton, is making every effort to prevent Skyrizon Aircraft from buying Motor Sich . Moreover, at present, the National Security Council (NSS) of the White House and the employees of the US Embassy in Ukraine are working on a personal meeting between Bolton and Boguslaev. Tentatively, it should take place in the near future, before the end of August 2019, which indicates the importance of this issue for Washington. Bolton is going to take part in a conference in Kiev, which will be related to security. It is at this event that the mentioned meeting can take place.

We are going to hold a conversation with the Ukrainians about the ambitions of China and state our opinion on what China is capable of. All this is an integral part of the national security and national defense strategy. This is a strategic competition with China.
- said one of the sources of WSJ.

According to the Americans, China is extremely interested in the development of engine building, because this is one of the key industries, the foundation of aircraft manufacturing, helicopter engineering and several others. Therefore, the services of Motor Sich are very popular in China.

We will not allow the Chinese to master this technology.
- emphasized another source of WSJ.

WSJ clarifies that Skyrizon Aircraft is already building a plant in Chongqing in southwestern China under Motor Sich facilities. The publication even turned on this occasion to the Secretary of the National Security and Defense Council (NSDC) of Ukraine, Alexander Danilyuk, who, however, declined to comment. The Chinese Embassy in the United States (Washington) has also not yet responded to a WSJ request.

It should be recalled that in July 2019, the Antimonopoly Committee (AMC) of Ukraine announced an attempt by the Ukroboronprom state concern to regain control of Motor Sich, which was corporatized in the early 1990s (the state does not have a block of shares). Ukraine’s AMC received a joint application for a controlling stake in Motor Sich from Ukroboronprom and Skyrizon Aircraft registered in the British Virgin Islands. At the same time, Skyrizon Aircraft applied to Ukraine’s AMC for permission to purchase shares in a number of companies that are Motor Sich shareholders. In Ukraine’s AMC, this was called a “multi-stage transaction” aimed at gaining control of Motor Sich.

It should be added that after the collapse of the USSR, Motor Sich began to actively cooperate with Russia. In 2009, Motor Sich's share in the Russian market was 50%. However, when Motor Sich entered the Chinese market, its interest in Russia began to decline. After the coup in Ukraine, called the “revolution of dignity”, the Ukrainian authorities banned cooperation with Russia. But in Moscow the Motor Sich representative office is still operating.

In 2017, Motor Sich began construction of an enterprise in China. But in the spring of 2018, 56% of Motor Sich shares were arrested by court order as part of a criminal investigation into the "deliberate destruction of a strategic enterprise." Investigators suspected the management of Motor Sich in the illegal sale of these shares to the Chinese company Beijing Skyrizon Aviation Industry in order to liquidate the plant and bring its technology abroad. At the same time, in Motor Sich all charges are rejected.
Ctrl Enter
Noticed oshЫbku Highlight text and press. Ctrl + Enter
We are
WSJ: Boeing hid problems with MAX 737 airliners
WSJ: China scared of US sanctions
Reporterin Yandex News
Read Reporterin Google News
Information
Dear reader, to leave comments on the publication, you must sign in.