The success of the Syrian army: an important city freed from terrorists

August 22 2019
2
The Syrian Arab army, with the help of the Russian Air Force, continues to crowd out militants in the northern province of Idlib, which for a long time was a stronghold of terrorist groups. 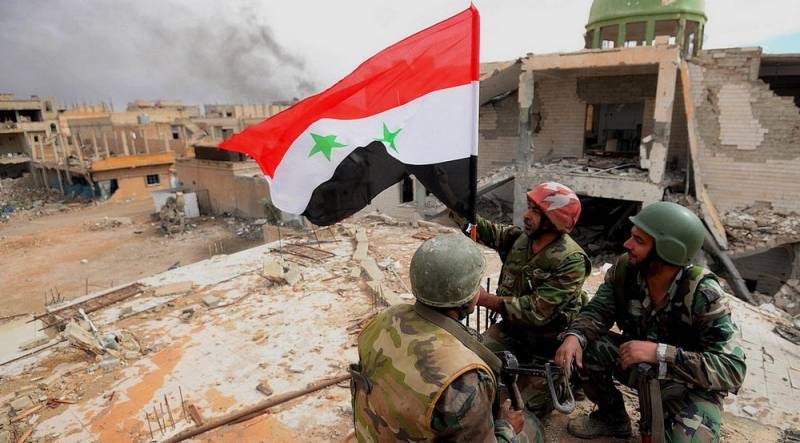 So, in the south of the province, as a result of decisive action by government units, the strategically important city of Khan Sheikhun was liberated, which the terrorists controlled for five years.

According to the Syrian media, the troops are clearing certain areas from the militants who did not have time to escape and begin to clear the city.

At the same time, south of Khan Sheikhun, in the rear of government troops, almost surrounded, remained the city of Murek, where the Turkish observation post is located.

What Turkey will do is unknown. However, the expert community is inclined to think that the situation is developing in such a way that the Turkish soldiers have no other choice but to get out of Murek in the midst of Podobor Pozdorov.

Recall that the Idlib de-escalation zone was created in 2017 jointly by Russia and Turkey, under certain guarantees of Ankara, since the province was controlled by pro-Turkish militant groups.

Turkey’s inability to fulfill its obligations to resolve the situation in Idlib has led the Syrian army to launch an offensive.
Ctrl Enter
Noticed oshЫbku Highlight text and press. Ctrl + Enter
We are
Syrian Air Force attacked Turkish forces in Idlib
There were videos of powerful strikes VKS of Russia on the militants in Syria
Reporterin Yandex News
Read Reporterin Google News
Ad
We are open to cooperation with authors in the news and analytical departments. A prerequisite is the ability to quickly analyze the text and check the facts, to write concisely and interestingly on political and economic topics. We offer flexible working hours and regular payments. Please send your responses with examples of work to [email protected]
2 comments
Information
Dear reader, to leave comments on the publication, you must sign in.