Gateway to Idlib: Are Russia and Syria Ready to Face the Turkish Army?

August 20 2019
7
In Syria, another exacerbation. The SAR Air Force launched an airstrike on a Turkish military convoy, rushing to the rescue of the terrorists who had established themselves in the city of Khan Sheikhun. Government forces have almost completely surrounded this strategically important settlement, and only Ankara’s intervention can outweigh the scales in favor of the militants. Why is Turkey so clearly taking the side of the “bad guys”, violating earlier agreements with Moscow and Damascus? 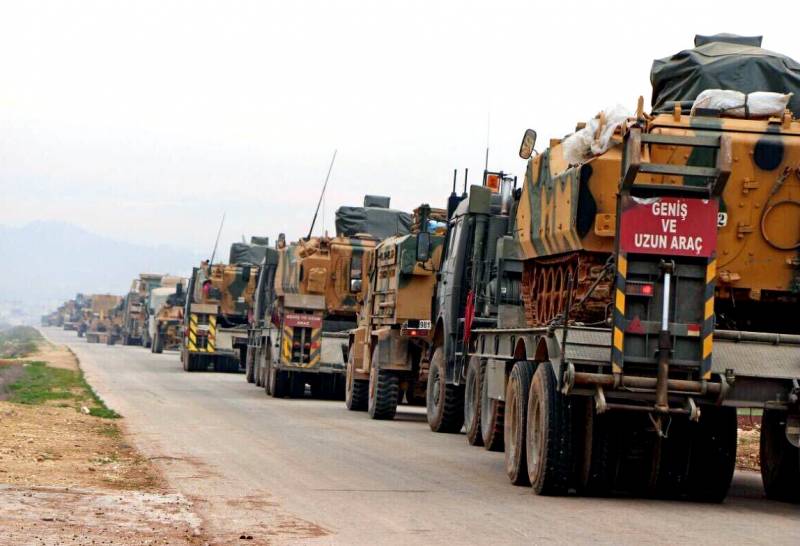 Khan Sheikhun is an important city in the province of Hama, which is the key to the north of the country. The M5 highway passes through it, connecting the Syrian capital with Idlib and Aleppo, which Ankara clearly laid eyes on. The city was also notorious for the explicit staging of a chemical attack carried out in it in 2017, which was allegedly staged by the government troops of Bashar al-Assad. This occasion was enough for the United States to strike at the Syrian air base Al-Shairat.

Currently, the city is captured by militants of the Tahrir al-Sham group, which changed its name to Al-Nusra. In the past few weeks, the Syrian army has been trying, with varying success, to nibble on the terrorist defenses. In some places, the militants were able to carry out a successful counterattack. However, the government forces managed to get around the El Latamine ledge on both sides and take several thousand of their opponents into the operational environment. On the eve of the Tiger Forces, they entered the outskirts of Khan Sheikhun, after which the defense of the so-called jihadists rained down. Their defeat became a matter of time.

And then Turkey intervened.

Having scouted the situation with the help of an UAV, the Turks sent two military convoys from the controlled territory at once: one to the city of Sarakib, the other to Khan Sheikhun. Its clearly not “humanitarian” character is evidenced by the fact that Leopard tanks and militants from the Jebhat al-Shamiya group were moving in its composition. The SAR Air Force decided to deliver a preemptive airstrike to the convoy, trying to turn the manpower from among the reinforcements of the terrorists into non-living, which they dealt with. At the same time, the Turkish military did not suffer, but they were very offended. The Turkish invaders explained that they “only” wanted to strengthen their observation post in the town of Murek.

A logical question arises, and what, in fact, did Ankara intend to achieve with this throw?

Turkey’s plans for Syria are an open secret: the disintegration of the ATS and the creation of a buffer territory against the Kurds in its northern provinces. Ankara has already received in actual possession the province of Idlib, which has turned into a stronghold of terrorists of all stripes. Damascus directly stated that it did not intend to put up with this endlessly. By the way, it is from the Idlib “de-escalation zone” that regular shelling of the Russian air base Khmeimim takes place.

The situation is becoming increasingly tense. If, after the capture of Khan Sheikhun, the Syrians go to Idlib, this is fraught with a direct clash with the Turkish army, which is considered the second most powerful NATO after the American. The problem is complicated by the fact that the Kremlin depends on Ankara on the issue of the imminent launch of the Turkish Stream. Now it all depends on the reaction of President Erdogan, how far he will be ready to go.

We are in Yandex Zen
It's important
0
What the Syrian theater prepares for us
Proactive: Syrian air defense shot down new missiles over Damascus
Reporterin Yandex News
Read Reporterin Google News
7 comments
Information