Micro-rocket revolution: what will Russia answer? 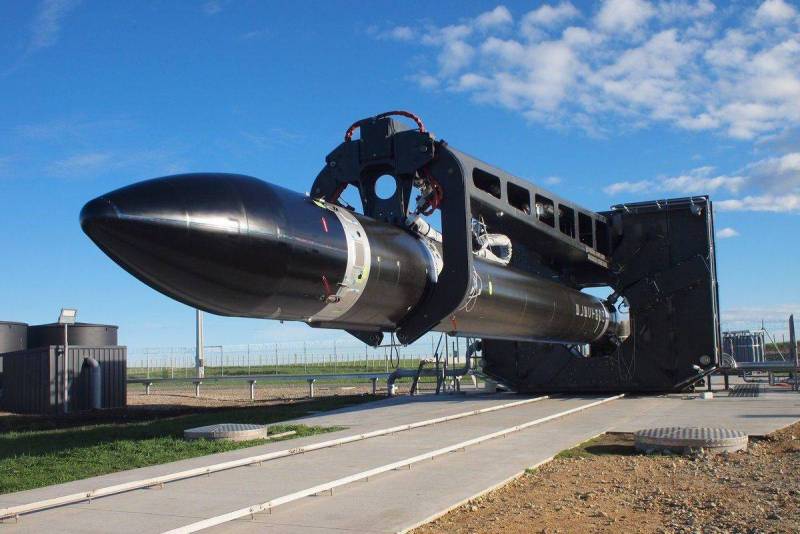 And although countries are no longer eager to overtake each other in the space race, as before, changes in the rocket launch industry are ongoing. It seemed that quite recently Russia took first place in the world in the number of space launches: in 2015, the country completed 26 launches, no one else completed it. Then the recession began. As of 2018, the Russian Federation made only 17 starts, which allowed China and the United States to gain a foothold in the first two lines. However, these are just dry numbers. Another aspect is much more interesting, namely, the causes of all these processes.

In the 18th year, the most popular rocket was the heavy Falcon 9 from SpaceX: it performed 20 launches. The thesis is partially true, according to which Russia, with its counterpart in the face of Proton-M, would still give way, even if there were no sanctions. The new rocket is more tech than the old. And even cheaper.

However, the hour is not even when the Falcon 9 will have to make room. And this is not about a new superheavy rocket from SpaceX. Everything is exactly the opposite: heavier media will have to give way to lighter ones. This is a completely natural process for the reason of: a) lower launch cost of a light carrier, b) miniaturization of commercial satellites - the main load of missiles in the launch market.

Electronics is becoming more compact, and now CubeSat (ultra-small) format satellites can do what only large spacecraft could previously.

This affects the launch market. On January 21, 2018, the Electron ultralight rocket completed its first successful launch: it launched 3 nanosatellites. This was followed by other successful launches, confirming the correctness of the concept of the American private aerospace company Rocket Lab - the developer.


The cost of launching the launch vehicle is estimated to be from 4,9 to 6,6 million US dollars. Due to the different classes of missiles, such a comparison may seem out of place, and yet: the launch price of the Falcon 9 exceeds $ 60 million. The difference is huge. Recently, it also became known that the Rocket Lab wants to make the first stage of Electron reusable and catch it after starting from a helicopter. If successful, this can lead to more starts and lower costs: in theory it is very profitable.

Opportunities for showing themselves on the international launch market among Russian rocket scientists are becoming less and less. It is already known that the relatively cheap Proton-M will be replaced by the expensive (hence, uncompetitive) Angara-A5. And “Soyuz”, in the foreseeable future, will replace the more modern, but probably more expensive - “Irtysh”. “In our light class, the unit is Angara, the middle class is Soyuz-5, the heavy class is Angara-A5, and the heavy class is Angara-A5B - this is what the fleet of Russian missiles of the future looks like Dmitry Rogozin. None of the missiles are encouraging.

One, recall - this is "Angara-1.2." In theory, a light and cheap rocket, but it is in theory. In May 2019, Interfax reported that the Angara-1.2 light rocket was more expensive in the construction of medium carriers Soyuz-2.1a and Soyuz-2.1b by almost 700 million rubles. Full-fledged mass production can reduce the cost of manufacturing media, but before that, the project still needs to survive.

It is important to note another aspect, even more important. The carrying capacity of the light Angara-1.2 created by the Khrunichev Center, when the payload is brought into low Earth orbit, (NOO) is 3,5 tons. Therefore, a direct comparison with Electron is not entirely correct: after all, the brainchild of the Rocket Lab is an ultralight rocket with a mass of 250 kilograms brought to the LOU. Consequently, at a much lower price for one start. 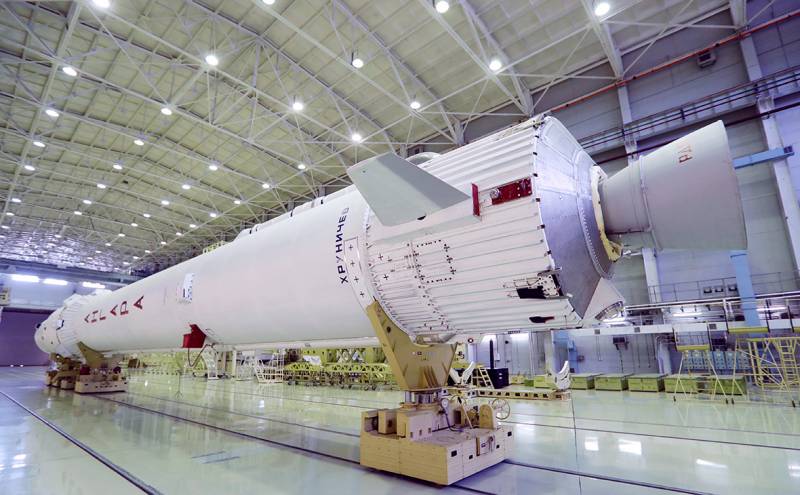 What can the RF offer as a direct alternative to the overseas product and other similar missiles? Earlier it became known that the Russian company Lin Industrial is developing the Taimyr rocket with a range of payloads from 10 kilograms to 180 with a low Earth orbit. Back in 2016, Lin Industrial carried out fire tests of the Atar rocket engine RDL-100C, designed for the carrier, and also tested the subsonic “flying stand”, with the aim of developing one of the control system variants. Alas, the project ended in nothing (such a conclusion can be made on the basis of the available data). He was stopped because Roscosmos did not show much interest, and the money of private investors was not enough. 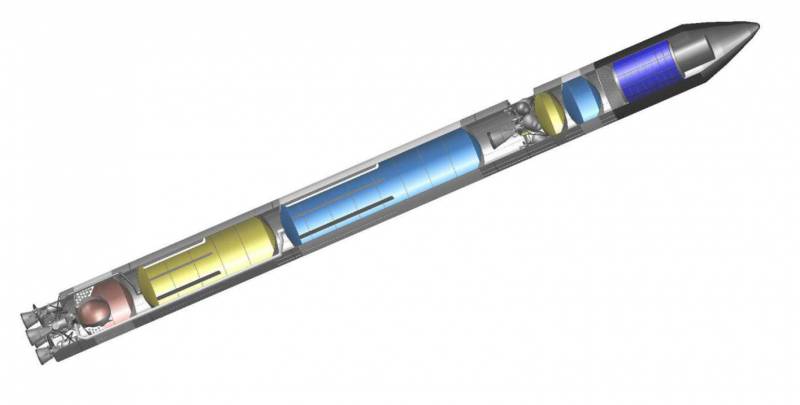 That is far from all. In 2018, it became known that the engineers of Roscosmos and the United Aircraft Corporation completed an advance project of the returned missile unit with a new ultralight (light?) Reusable rocket that could be used to launch cargoes weighing up to 600 kilograms into a sun-synchronous orbit. During development, backlogs from the reusable Baikal accelerator were used: the concept is based on an “airplane” scheme for returning the first stage.

There are several points to which you should pay attention. They all come down to price. First, the carrier is seen not so much as a rival to Electron, but as fantasies about the unrealized Baikal with an incomparably higher payload mass and, accordingly, a higher launch cost. Secondly, in the implementation of the aircraft scheme, the rocket will have to "drag" the equipment necessary for landing on the airfield. And this, according to experts, leads only to an increase in the mass of the carrier and an increase in its price. In a word, pluses are not visible. 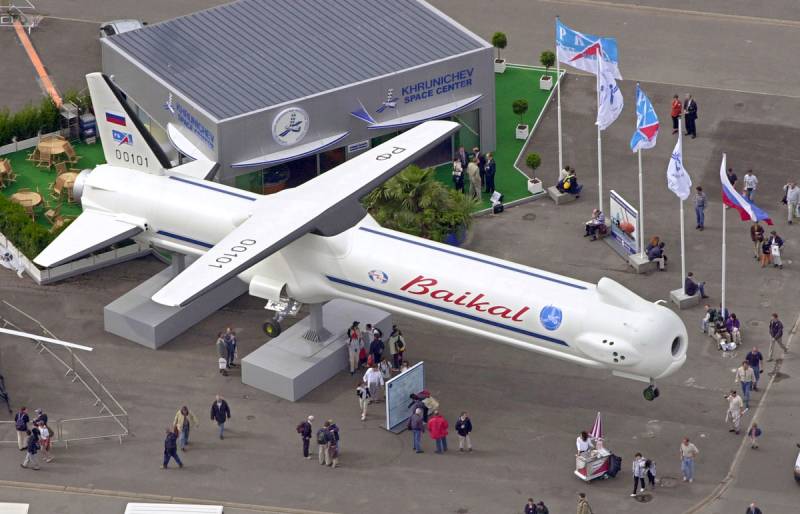 Perhaps the most realistic version of the new economical medium for Russia is the project of the private company NSTR Rocket Technology”, Which in 2019 announced a reusable weather forecast. Now the companies are finishing work on the test sample, and when it passes the tests, they want to create a disposable rocket that can lift up to a height of 130 km, up to 10-15 kilograms of equipment. This, frankly, is much less than that of Electron, but at least something. Perhaps, on the basis of the rocket, the NSTR Rocket Technologies engineers will be able to create a reusable version.

In general, Roscosmos should have contributed to such private owners in creating ultra-light missiles. There is no faith in the fact that quasi-state monopolists will be able to “give birth” to at least something competitive in the world market.
Ctrl Enter
Noticed oshЫbku Highlight text and press. Ctrl + Enter
We are
American super-rocket BFR: too good to be true
How do you like this, Elon Musk: Soyuz-5 risks repeating the fate of Angara
Reporterin Yandex News
Read Reporterin Google News
Ad
The publication is looking for authors in the news and analytical departments. Requirements for applicants: literacy, responsibility, efficiency, inexhaustible creative energy, experience in copywriting or journalism, the ability to quickly analyze text and check facts, write concisely and interestingly on political and economic topics. The work is paid. Contact: [email protected]
6 comments
Information
Dear reader, to leave comments on the publication, you must to register.
I have an account? Sign in