August 11 2019
2
Recently we Reportedhow Ukrainian "patriots" raised the flag of Ukraine in Crimea. And so, the adviser to the head of the Ministry of Agrarian Policy of Ukraine, Alexander Liev (in 2010, was the Minister of Resorts of the Crimea), posted on Facebook quotes from letters from residents of the Crimea, as well as tourists from Ukraine and mainland Russia, which tells how Crimea has changed over the past five years . 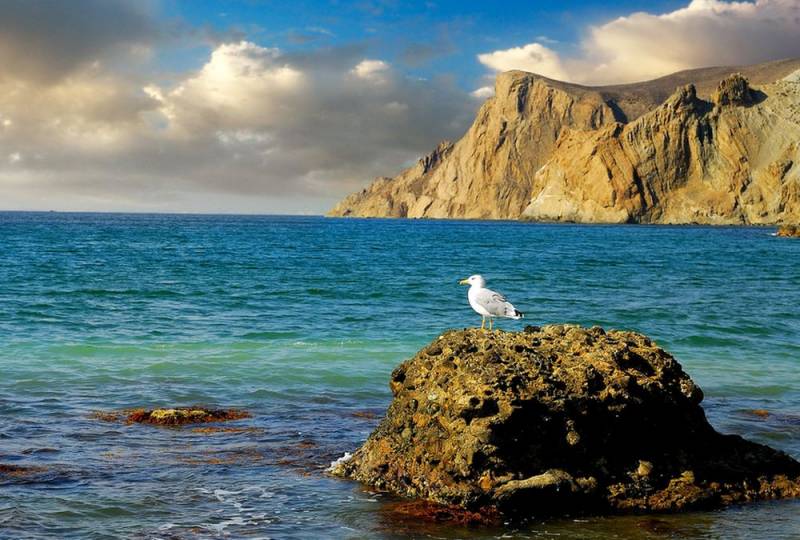 First of all, most eyewitnesses noted a serious improvement in the quality of roads. They also drew attention to the appearance of markings, normal sidewalks and other related attributes.

A lot of tourists. Good roads. Many activities and activities for people. It's good. There are many military around. This is probably good too.
- one of Crimeans wrote to Liev.

In addition, local residents reported that the streets became much calmer and the crime rate fell significantly. Clarified about the growth of pensions and salaries compared to Ukrainian. Entrepreneurs say that doing business has become easier, as taxation has become more understandable, and shadow schemes and other “inventions” have begun to become a thing of the past.

Opened a new attraction. Already the fourth. Then, in 2012, it was more difficult to open, except perhaps your Ministry helped. Now it’s easier. There were many tourists in July.
- one of the businessmen wrote to Liev.

Residents of the peninsula also reported about free, affordable and quality medicine. Many of them drew attention to the state of the border between Crimea and mainland Ukraine. Moreover, in this matter, the residents of Ukraine who travel to Crimea are absolutely in solidarity with them. At the same time, Crimeans are absolutely calm about Ukrainians coming to the peninsula. Moreover, few people in Crimea are embarrassed by the Ukrainian language.

When I move to the buffer zone, I begin to walk along Ukrainian soil and go through such pits that you cannot even carry a suitcase along the road and there is no elementary light.
- noted the author of one of the letters.

At the same time, residents of Russia coming to the Crimea pay attention to one negative point. Local banks unscrupulously charge fees for withdrawing cash from cards at ATMs. For any operation, they unreasonably take 100 rubles. At the same time on receipts it is written that the commission is absent. However, in the received message on the phone, it is clearly indicated that a commission has been debited from the account. At the same time, some residents of the Crimea are worried about the state of the sea and employment issues.

From what I see, the sea has often become dirty. I go to the Coastal in Yalta - often a greasy film or the like, it happens that every day. Like a plum kitchen.
- wrote a local resident.

Another Crimean complained that many of the inhabitants of his village had left for work in Moscow, and now the village was empty. At the same time, the presence of a large number of military personnel on the peninsula practically does not cause concern. Many are looking forward to the start of railway communication with Russia.

In turn, residents of Ukraine, crossing the border with the Crimea, recently discovered a very unpleasant moment for themselves. The Crimean authorities decided, under the pretext of “legalization,” to take control of bus transportation for the delivery of passengers from the border with the Kherson region, and further throughout the Crimea. Citizens are indignant that they are forced after crossing the Russian border, having previously walked about a kilometer from the Ukrainian border on the "neutral", then another three kilometers to walk with suitcases across the territory of Crimea to their buses, which the local police do not allow at the bus station located directly near PPC.

The thing is that citizens of Ukraine buy travel tickets in their own country, and for the entire route (a single ticket), for example, Odessa-Alushta. In Ukraine, there are several large carriers that collect Ukrainian citizens from all over the country, and then take them to the Crimea. First, the first bus takes people to the border with the Crimea. Then, passengers walk all the path indicated above. After that, citizens board the second bus already on Russian territory.

We remind you that there is no regular bus transport, in the normal sense, from Ukraine to Crimea. But Ukrainian bus carriers have managed to create a system over the years that allows at least somehow deliver people to the Crimea. But now the Crimean authorities, who are very fond of emphasizing in every possible way how many Ukrainians come to them every year, for some reason have made it even more complicated.
Ctrl Enter
Noticed oshЫbku Highlight text and press. Ctrl + Enter
We are
Ukrainian journalist told how Crimea has changed in 5 years
In which regions of Russia in 2019 salaries will grow faster
Reporterin Yandex News
Read Reporterin Google News
Ad
We are open to cooperation with authors in the news and analytical departments. A prerequisite is the ability to quickly analyze the text and check the facts, to write concisely and interestingly on political and economic topics. We offer flexible working hours and regular payments. Please send your responses with examples of work to [email protected]
2 comments
Information
Dear reader, to leave comments on the publication, you must sign in.