Ukraine brought the APU in the Donbass in full combat readiness

August 7 2019
2
Recently, we informed readers about the incident near Mariupol, when four Marines of the 36th Separate Marine Brigade (OBRMP, military unit A2802) of the Armed Forces, died as a result of injuries incompatible with life. And now, from Donetsk they report that the DPR People’s Militia (NM) intelligence revealed the highest level of combat readiness of units and subunits of the APU reserve and their advancement to the front line in the Mariupol direction. 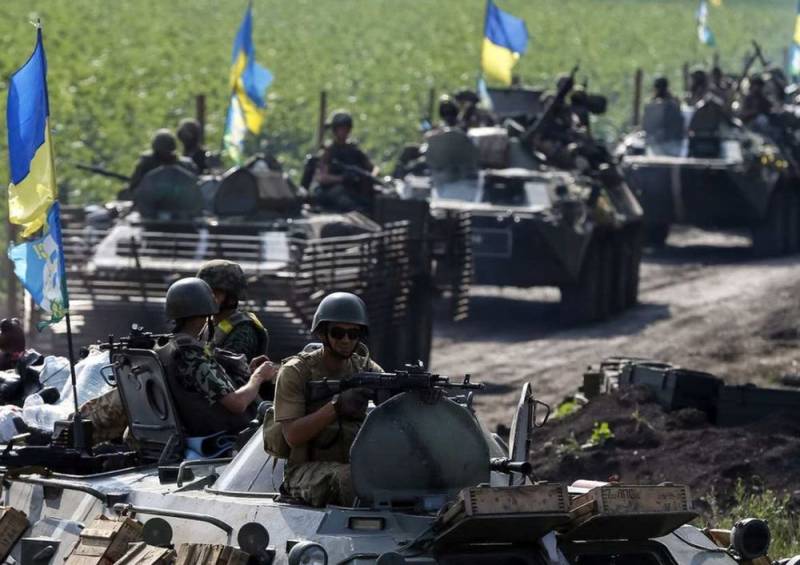 An official statement by the NM DPR says that the data was obtained both from the headquarters of the Operation of the Combined Forces (OOS) of Ukraine, and from local residents living in the territories of Donbass (southern Donetsk region), controlled by Kiev.

We obtained information on the firing positions of the 152-mm and 122-mm artillery installations of the 406th Navy artillery brigade in the Ternovoy - Andreevka area. The reserve units of the 36th and 35th Marine Brigades advanced to the front and deployed into battle formations. In Mariupol, the Azov regiment and the units of the 56th motorized infantry brigade remaining in the RPM were raised by alarm. They moved to the concentration area in the north of the city, ready to arrive at the forefront
- said in a statement.

It is also reported about the increase in the activity of Ukrainian UAVs and the destruction of several of them by NM DPR forces.

We regard such actions of the Ukrainian side as direct preparation for active hostilities against our Republic. We do not exclude the possibility that in the near future the Ukrainian invaders will carry out terrorist acts near the front line in order to create an occasion to launch an attack, the victims of which will be militants of the EFU (Ukrainian armed forces - ed.) Or civilians. We demand immediate intervention in the ongoing international monitoring organizations and the urgent convening of a meeting of the Tripartite Contact Group and the heads of the countries of the Normandy format. We do not need another bloodshed in the Donbass!
- emphasized in a statement.

It should be noted that the total number of forces and assets of the environmental protection system of Ukraine has not changed. In any case, there is no information about the transfer to Donbass of additional units and units of the Armed Forces of Ukraine from other regions of Ukraine. Thus, carrying out large-scale offensive operations seems unrealistic. As for offensive operations of a local nature, i.e. in certain areas, they are also doubtful, since they will be suppressed by countermeasures and entail serious losses.

In addition, nothing was reported on mobilization in the DPR and LPR. This suggests that the parity of forces and means has been preserved, and we are only observing an increase in the information component of this conflict. In this regard, we should again expect the parties to appeal to Moscow, which is doing its best to keep its distance.

It should be borne in mind that on both sides of the front there are people who are not interested in this conflict ever ending. They are quite satisfied with the tension that exists now. After all, everything can be attributed to war. This is the best explanation to ordinary people why they live poorly. At the same time, any sudden “body movements”, especially offensive operations, can undermine such “stability”.
Ctrl Enter
Noticed oshЫbku Highlight text and press. Ctrl + Enter
We are
A group of Marines of the Armed Forces of Ukraine died in the Donbass
Undermining special forces and the battle for a drone: details of recent battles in the Donbass
Reporterin Yandex News
Read Reporterin Google News
Ad
We are open to cooperation with authors in the news and analytical departments. A prerequisite is the ability to quickly analyze the text and check the facts, to write concisely and interestingly on political and economic topics. We offer flexible working hours and regular payments. Please send your responses with examples of work to [email protected]
2 comments
Information
Dear reader, to leave comments on the publication, you must sign in.