Zakharova spoke about the new "crazy" initiative of the Zelensky team

July 30 2019
10
Before the Ukrainian "patriots" it began to reach in places that few watch "Ukrainian-speaking TV". Therefore, they decided to create their own global television channel, which will conduct propaganda, reporting to the international community about the "achievements of European integration", in Russian. The official representative of the Russian Foreign Ministry, Maria Zakharova, has already expressed her bewilderment in this regard. 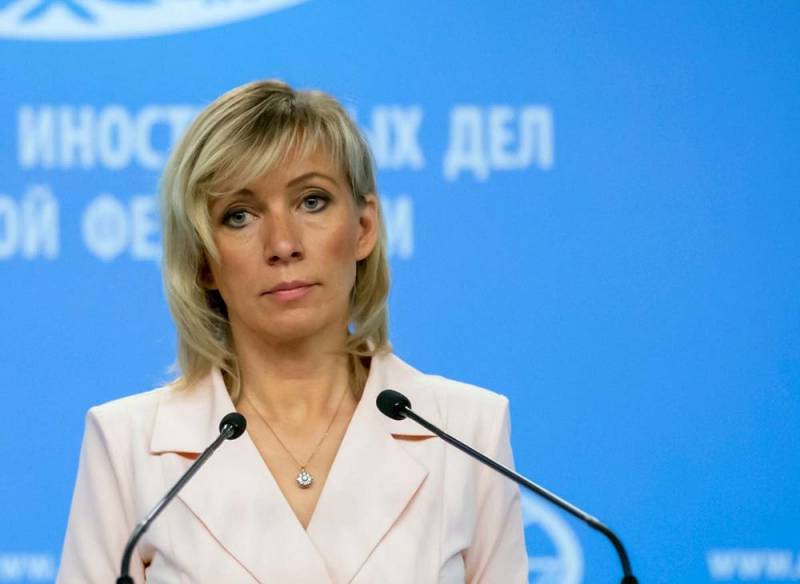 It should be noted that the plans for creating such a television channel were reported not just by a high-ranking official, but by a person close to the new “father of the nation” Vladimir Zelensky, deputy head of the president’s office, Kirill Tymoshenko. In this case, we are talking about financing from the state budget. This information deserves attention, because everything happens in a country where all the Russian speakers in the last five years are openly oppressed.

So, it is not surprising that Zakharova called this idea absurd. After all, this channel will convince Russian-speakers in Russian that they are not right in their demands to assert the right to speak Russian.

For clarity, it is necessary to clarify that the "language law" is in force in Ukraine, according to which the Russian language is actually allowed to be used only in private life (private).

It’s necessary to think of it: allocate funds to “cover” the Russian-speaking audience around the world, when Russian, in accordance with the new law on the language, is allowed only for private communication and religious rites!
- remarked Zakharova.

The madness of what is happening is so unbelievable that history is more reminiscent of some biblical parable than the situation of our days
- Zakharova wrote on her Facebook page on July 30, 2019.

It’s difficult for us to disagree with Zakharova, but I would like to add that the vast majority of Ukrainian citizens understand both languages ​​(Russian and Ukrainian) normally, the only question is the content (content) of the television. It was because of the bacchanalia of "patriotism" that people began to move away from ordinary television on the Internet. Therefore, Kiev can pay for the creation of this TV channel, but this will not change the situation, since only Ukrainian-speaking “patriots” will become its target audience, and it will not be indifferent to the bulk of the population, let alone an international audience.
Ctrl Enter
Noticed oshЫbku Highlight text and press. Ctrl + Enter
We are
Nationalists demand Zelensky public oath of allegiance
Catch up with and overtake Europe: World Bank made a centennial forecast for Ukraine
Reporterin Yandex News
Read Reporterin Google News
Ad
We are open to cooperation with authors in the news and analytical departments. A prerequisite is the ability to quickly analyze the text and check the facts, to write concisely and interestingly on political and economic topics. We offer flexible working hours and regular payments. Please send your responses with examples of work to [email protected]
10 comments
Information
Dear reader, to leave comments on the publication, you must sign in.