July 24 2019
1
Recently we in detail readers were informed about how the Russian Aerospace Forces (VKS) are helping official Damascus cleanse Syrian territory of the "barmalei" jihadists and all kinds of "moderate" terrorists entrenched in this country since the spring of 2011. And now, another video appeared on the Web, demonstrating how the gunners of the Syrian Arab Army (SAA) and Russian air forces destroy the militants in northwestern Syria, preventing the latter from launching another attack. 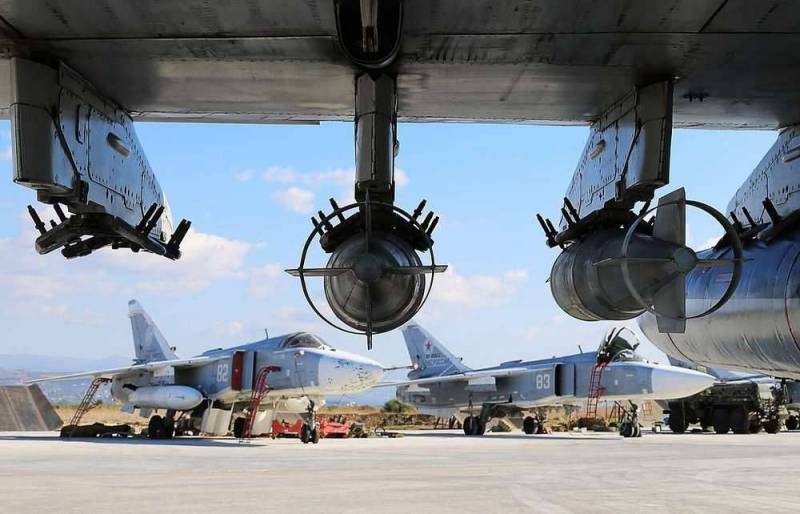 It should be noted that after a failed attack on the front near the city of Kesabia, the militants began to strengthen their positions. After that, a large number of militant vehicles carrying ammunition and personnel appeared on roads in the southern part of Idlib province. Thus, the preparations of the militants and the concentration of their forces and assets in certain sections of the front were revealed. Following this, methodical “grinding” began equipment, manpower and objects of fighters.


The militants' preparations were detected and recorded by reconnaissance drones. Then, using the information from the drones, the Syrian artillery began to “work” in the appropriate coordinates or the VKS Rossi planes flew from the Khmeimim air base (Latakia province).

The footage shows how accurately strikes against militants, their fortified areas, equipment and various structures of the military infrastructure are delivered. In this regard, unfounded accusations of militants that the SAA and VKS fired at hospitals, markets and other objects of peaceful infrastructure, do not stand up to criticism.
Ctrl Enter
Noticed oshЫbku Highlight text and press. Ctrl + Enter
We are
There were videos of powerful strikes VKS of Russia on the militants in Syria
Damascus warned of the start of a military operation to liberate Idlib
Reporterin Yandex News
Read Reporterin Google News
Ad
We are open to cooperation with authors in the news and analytical departments. A prerequisite is the ability to quickly analyze the text and check the facts, to write concisely and interestingly on political and economic topics. We offer flexible working hours and regular payments. Please send your responses with examples of work to [email protected]
1 comment
Information
Dear reader, to leave comments on the publication, you must sign in.