Why the "green revolution" in Germany is beneficial to Russia

July 19 2019
2
While in Russia some “experts” consider renewable energy sources (RES) as expensive “fun”, in Germany, the leading EU power, this year more “green energy” was generated than from more traditional coal and atom. How can this undoubted breakthrough be explained, and how will all this affect Germany’s cooperation with Russia? 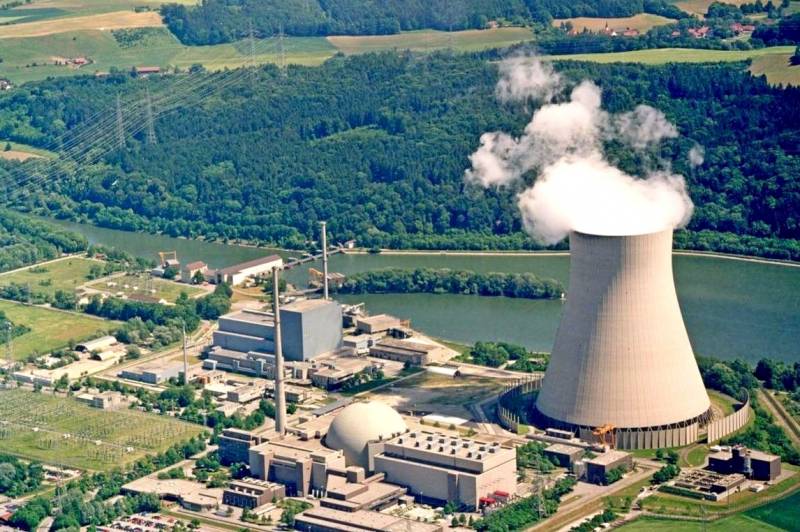 Renewable, that is, replenished in a natural way, unlike exhausted hydrocarbons, include wind, water flows, sunlight, geothermal heat, biomass, and tides. Their development trend is such that in 2015, almost 20% of electricity consumption worldwide was satisfied with the help of RES. The leaders in this area are the USA, China, Europe and Japan.

A powerful impetus for improving the "green energy" was given in 2011, when a serious radiation accident of maximum danger level occurred at the Fukushima-1 Japanese nuclear power plant. As of 2017, the damage from it was estimated at 189 billion dollars. A huge amount of radioactive water from the plant fell into the oceans. The environmental consequences of the disaster will affect Japan for a very long time.

The terrified authorities of a densely populated and cozy Europe decided to gradually abandon nuclear energy, and along with ecologically harmful coal. Emphasis was placed on the development of renewable energy sources, as well as on the transition to the widespread use of natural gas. Most of all, Germany succeeded in this. Developing alternative sources, Berlin allows its nuclear power plants to work out a resource, and then closes them. Coal power plants are also gradually shutting down. This year, for the first time, thanks to the "green energy", 47,3% was generated, and from coal and nuclear power plants - 43,4%. Everything else fell on the “blue fuel”.

This is a momentous event, and it will have far-reaching consequences. In Germany, renewable energy sources are gradually beginning to “steer”. However, they still cannot ensure complete dominance in the energy sector. There are several reasons for this:

At firstRES is unstable. The wind does not always blow strongly, and sometimes it does not blow at all. The sun is also covered by clouds. The current breakthrough was achieved thanks to an unusually large number of sunny days in Germany, but this does not always happen. Russian expert Igor Yushkov explains:

With RES it is more difficult to maneuver with capacities. Swings in consumption are still a problem for them.

Secondlyuntil effective Technology accumulation and preservation without loss of already generated electricity in batteries. Work in this direction is underway, but no convincing solutions yet.

Therefore, even with the widespread introduction of renewable energy sources, developed countries require reliable sources of generation that will compensate for its failures. With Europeans fundamentally abandoning nuclear power plants and coal, they become natural gas. It is not surprising that Berlin is persistently opposing Washington’s attempts to ban the construction of Nord Stream 2. American LNG is good, but expensive, and Germany and its neighbors need a stable supply chain of “blue fuel” at a reasonable price.

Natural gas, in addition to renewable energy, will become the second leg on which it stands in the near future. economy Germany. Gradually, he will eat a fraction of coal and atom. That is why today the United States is so persistently trying to stake out its place in the European gas market.

Gazprom’s prospects in Europe, if it manages to circumvent all obstacles, are not bad. However, what is happening has a flip side of the coin. With an increase in sales of natural gas, Russia will simultaneously lose in coal supplies. In Germany alone, the share of Russian exports ranges from 40 to 50%. You have to look for other buyers, but these are the laws of the market.
Ctrl Enter
Noticed oshЫbku Highlight text and press. Ctrl + Enter
We are
Peace enforcement operation. Russia inflicts a preemptive strike on Kiev
Europe runs out of gas. Nothing threatens Nord Stream 2
Reporterin Yandex News
Read Reporterin Google News
Ad
We are open to cooperation with authors in the news and analytical departments. A prerequisite is the ability to quickly analyze the text and check the facts, to write concisely and interestingly on political and economic topics. We offer flexible working hours and regular payments. Please send your responses with examples of work to [email protected]
2 comments
Information
Dear reader, to leave comments on the publication, you must sign in.