Why did China quietly buy up all the post-Soviet space, except Russia

July 16 2019
11
In articles on economic topics published in the domestic media no, no, and you can come across bitter complaints: Beijing is not in a hurry to invest its own billions in the Russian economy! They don’t lend, don’t break with investments ... Why aren’t we nice to our Chinese comrades? However, before lamenting this issue, you should first familiarize yourself with an interesting study recently published by a team of economists from Germany and the USA. 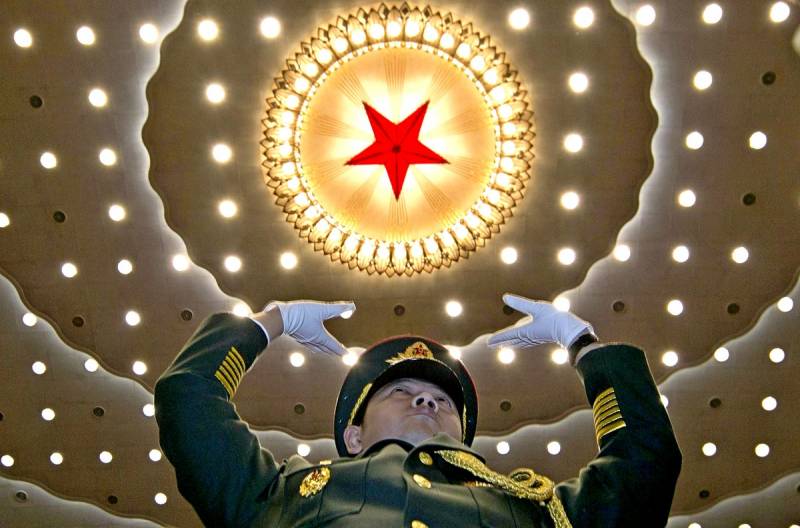 Its name is simple, like a nail, but at the same time more than intriguing: "Lending to foreign countries by China." In this document, the question is “sorted out by the bones” as to which countries and under what conditions money flows from the Middle Kingdom into the economy of which countries. Should I be upset that Russia is not on this list?

It turns out that according to calculations made by Christoph Trebesch, professor at the Institute of World Economy in Kiel, his compatriot and colleague Sebastian Horn of the University of Munich and American Carmen Reinhart, who represents prestigious Harvard on this team, over the past two incomplete decades, China has become almost the main lender the planet! Judge for yourself - if in 2000 the loans provided by this country to various countries amounted to less than 1% of world GDP, then in 2017 this figure increased to 6% and exceeded $ 5 trillion. At the same time, according to scientists, this indicator may be underestimated almost at times. Carrying out their research, they were faced with the fact that at least half of the Chinese loans addressed to developing countries are issued in an atmosphere of strict secrecy, which does not allow judging either their volumes, and, especially, the conditions under which these loans are granted .

And in Beijing they prefer to provide “financial assistance” precisely to the states of this category, which have an economic model related to the so-called “transitional” one. As a rule, such countries experience problems with access to global financial markets, or even are completely deprived of it. Well, the same IMF or EBRD is not torn to invest where not only the name and position of the head of the state, but also its political the course can change literally at any moment, and not by means of "democratic elections", but as a result of the next military coup. For example, in some states of Africa. And here the Chinese comrades come to the rescue.

Need money? We will give! Only close the door more tightly - we will discuss the conditions ...
Something like this is how it all happens. Today, before the Celestial Empire in debt, such as in silk, such countries of the Black continent as the Republic of the Congo, Tonga, Djibouti. These are only the most serious debtors. In general, the Celestial Empire accounts for at least a quarter of the volume of lending to developing countries. Here Beijing is already confidently ahead of the World Bank and the same IMF.

However, our country should be much more interested in another moment - the "top 50" countries that are more than firmly seated on the Chinese "credit needle" include almost all the countries of Central Asia, which are former republics of the USSR. These are Tajikistan, Turkmenistan, Uzbekistan and Kyrgyzstan. The latter generally managed to get into the top five main debtors of the Celestial Empire (along with Congo and the Maldives). The volume of its loan obligations to Beijing is already 30% of the country's GDP. However, there is a much more interesting example - in the closest and fraternal Russia, without five minutes “deeply integrated into the Union State” of Belarus, this figure is 13%! This, by the way, far exceeds the level of the same Kazakhstan or Armenia, which managed to get Chinese loans by less than 5% of their own GDP. Thus, with full confidence, it can be argued that the Celestial Empire is a “silent glanders”, without advertising its own actions, but, on the contrary, trying to stay in the shadows to the maximum, has taken over most of what is commonly called the “post-Soviet space”. The question is, why is all this being done ...

... And even more unexpected conclusions

Naturally, in China, when one willy-nilly has to talk about its massive financial injections into the post-Soviet countries of Central Asia, they try to reduce everything to the implementation of the One Belt, One Way program. Like, we don’t need the poor and backward partners in this project, which should bring the world a whole new era of trade and, in general, cooperation between East and West. Well, how to work with such? It sounds, it seems, smoothly, quite logically and reasonably. At the same time, in no case should we forget that the same Belarus or Kyrgyzstan are, first of all, Russia's allies, not only economic but also military - the partnership between our countries was fixed within the framework of not only the EAEU - the Eurasian Economic Union , but also CSTO - Collective Security Treaty Organization. And now this already makes us think very seriously - especially if you recall what borrowings from the Sri Lankans in their time resulted in. When this country did not have enough funds to service its debt obligations, Beijing resolved the issue quickly and elegantly - they leased a newly built seaport for 99 years, presumably, on exceptionally burdensome conditions.

No matter how the Chinese “belt and path” turns, God forbid, into a silk noose on the throat of Minsk or Bishkek! It is perfectly clear that in the case when lending volumes exceed a certain amount, a completely logical question arises: And who, in fact, is the master of the country? We can talk here not only about economic conditions, but also about requirements of a political and military-strategic nature. And try not to do it ... According to the authors of the report mentioned at the beginning of the article, in the process of restructuring, China has already written off to its borrowers up to a third of their debts. However, under what conditions this was done, it remains, truly, a mystery behind seven seals. So far, the geopolitical interests of Moscow and Beijing coincide - at least on the vast majority of issues. The countries are united by a common confrontation between the two countries and the United States, and a whole host of other moments. However, who said that this will always be so ?! No matter how our country becomes uncomfortable surrounded by "allies" who find themselves in the position of those who will simply be forced to fulfill any requirements that follow from the Chinese side.

There is one more thing. Some experts in the field of economics occasionally express bewilderment over why China, which has increasingly tense (especially recently) relations with the United States, is by no means eager to participate in the long-overdue process of de-dollarizing the world economy. Usually, in this case, they “nod” the huge amount of US government debt, which has been stubbornly and consistently bought up by Beijing for years. However, the study mentioned above provides an opportunity to look at this issue from a completely different perspective! And to make an unambiguous conclusion: China is a country, almost the least interested in the world, not only in the collapse, but even in a significant weakening of the dollar! In addition to the pile of treasuries accumulated by him and the tremendous volume of China’s exports to the United States (again, in dollars), now it’s also necessary to add the debts of various states to Beijing, all calculated in the same “green” ones. And who will the Chinese comrades turn into if one day the dollar gains its real status - an empty and worthless piece of paper? That's right - to the owners of the damn breakthrough useless pieces of paper. Beggar owners, mind you ...

So China can come together over and over again in "deadly battles" with the United States, they can arbitrarily impose customs duties and swear words at each other, but Russia should not count on Beijing in a real fight against Washington’s dollar hegemony. Anyway, for all the wonderful prospects for economic cooperation with China, Moscow should always remember the main thing: they will always and everywhere defend their own interests, and this is far from always visible to partners (at least at first glance). This in no way suggests that it is not worth building strong relations with China and cooperating - how much is worth it! You just do not need to harbor illusions, and, even more so, worry about what to worry about is definitely not worth it. One of the main conclusions that directly arises after reading the study of Herr Trebesh and his colleagues: the Chinese comrades are willing to invest in the economies of the weak countries, from which they can get what they say by any means. It is worth rejoicing that Russia is clearly not ranked among those in Beijing.
Ctrl Enter
Noticed oshЫbku Highlight text and press. Ctrl + Enter
We are
Peace enforcement operation. Russia inflicts a preemptive strike on Kiev
War, so war! London will answer not only for Russian billions
Reporterin Yandex News
Read Reporterin Google News
Ad
The publication is looking for authors in the news and analytical departments. Requirements for applicants: literacy, responsibility, efficiency, inexhaustible creative energy, experience in copywriting or journalism, the ability to quickly analyze text and check facts, write concisely and interestingly on political and economic topics. The work is paid. Contact: [email protected]
11 comments
Information
Dear reader, to leave comments on the publication, you must to register.
I have an account? Sign in