Putin responded to insults: Sanctions against Georgia will not

July 9 2019
24
Recently we Reportedas the State Duma recommended the government to introduce additional economic measures in connection with the ongoing anti-Russian provocations in Georgia. This happened after the evening on July 7, 2019, the TV presenter of the Georgian Rustavi-2 television channel, Georgy Gubania, live on the air of his author’s program “PS” (Post Script) insulted Russian President Vladimir Putin, his late parents and "slaves." And so, Putin spoke out against the imposition of sanctions against Georgia. 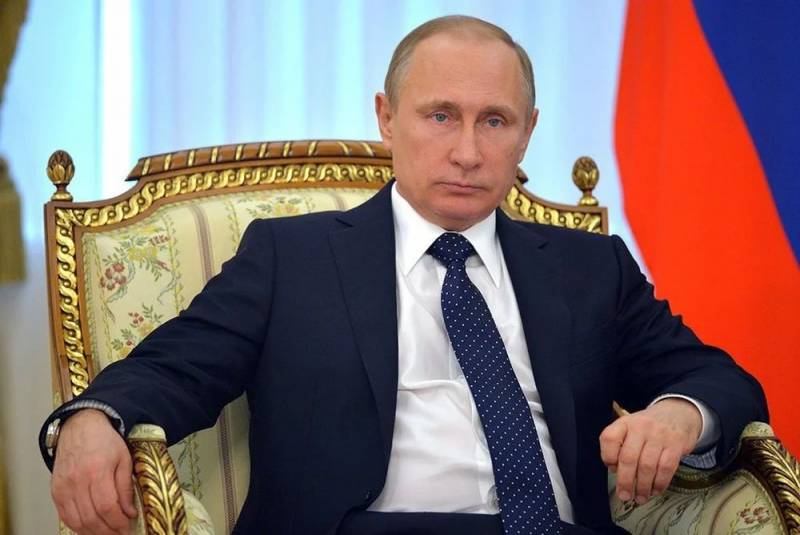 As for the various kinds of sanctions against Georgia, I would not do it precisely out of respect for the Georgian people.
- Putin told reporters.

For the sake of restoring full relations, I would not do anything to complicate our relations
- emphasized the president of Russia.

A lot of honor - to initiate criminal proceedings against such. Let it continue
- added the Russian leader.

Regarding the abusive behavior of the Georgian journalist, the Georgian president, the head of government and the Foreign Ministry condemned his act.

However, it seems to us that the Georgian "patriots" will respond to Putin’s generosity with black ingratitude, which will not take so long to wait.
Ctrl Enter
Noticed oshЫbku Highlight text and press. Ctrl + Enter
We are
Russia prepares measures against Tbilisi: Georgian president asks for leniency
Rustavi 2 will not dismiss journalist who insulted Putin
Reporterin Yandex News
Read Reporterin Google News
Ad
We are open to cooperation with authors in the news and analytical departments. A prerequisite is the ability to quickly analyze the text and check the facts, to write concisely and interestingly on political and economic topics. We offer flexible working hours and regular payments. Please send your responses with examples of work to [email protected]
24 comments
Information
Dear reader, to leave comments on the publication, you must sign in.