In Antarctica, the assembly of the newest wintering complex of Vostok station is underway 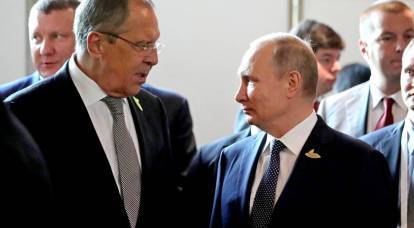 President Vladimir Putin said some time ago that he considered the "red line" in relations with the United States to further bring the military infrastructure of the NATO bloc to the Russian borders, ...
December 7 2021
15 844
30 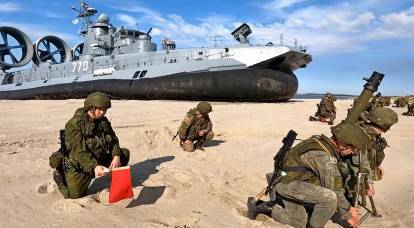 Loss of Donbass, Odessa and Nikolaev: Russia invites the West to come to an agreement in an amicable way

Russia's foreign policy has several features that make it effective, and from a purely professional point of view, it is respected even in some Western countries ...
December 7 2021
226 162
37 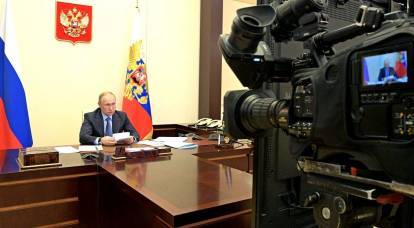 A conversation between Putin and Biden: a step from the edge of the abyss can be a jump into it

Such an intensity of passions and expectations (alas, for the most part - negative), as the upcoming virtual meeting of the presidents of Russia and the United States, was not even caused by their first meeting ...
December 7 2021
54 062
19 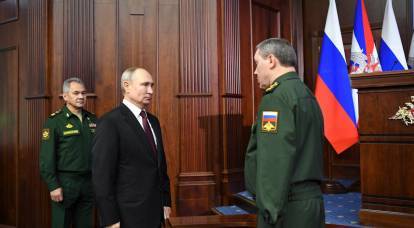 "Strikes on the decision-making centers": Putin does not threaten, Putin warns for now

Everyone, probably, remembers the famous statement of Putin, handed down as an epigraph. But, unfortunately, not everyone, especially in the West, takes it seriously. But Putin is so different from Westerners ...
December 5 2021
85 022
133 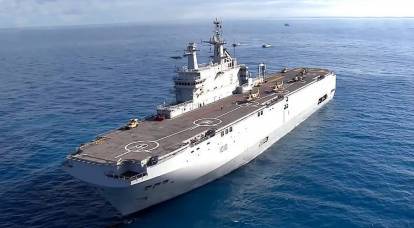 Ships in exchange for grain: Can Russia return the Mistral from Egypt?

After the events of 2014 in Ukraine, France considered it impossible for itself to fulfill the contract for the supply of two ordered Mistral-class UDCs to Russia ....
December 4 2021
91 655
60 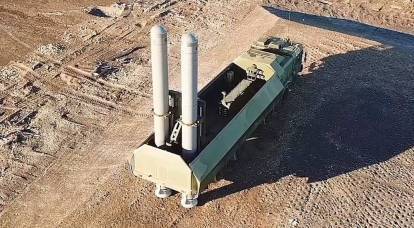 Coastal missile systems (BRK) "Bastion" equipped with modernized anti-ship missiles P-800 "Onyx" were deployed to one of the islands of the Kuril ridge called Matua ...
December 4 2021
24 133
59 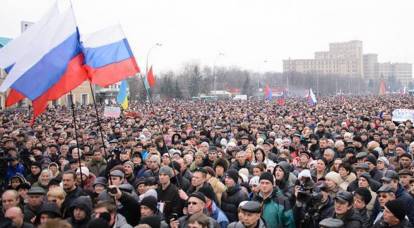 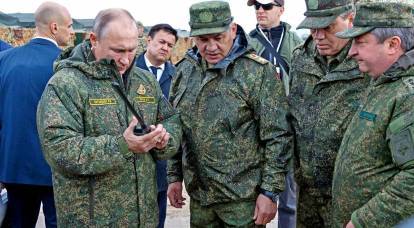 Will Putin be able to stop NATO rushing to the East?

The last days were marked by a number of very tough and uncompromising statements made both by high officials of our country (up to its president) and by ...
December 3 2021
11 409
12 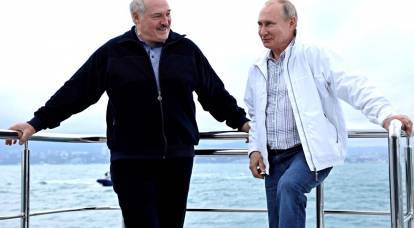 Why you shouldn't be encouraged by the Belarusian recognition of Crimea

President Lukashenko has finally recognized Crimea as Russian. But is this really so, and what kind of recognition from Minsk does our country need? ...
December 3 2021
7 003
14 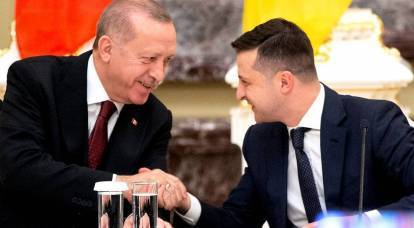 Why Erdogan is eager to become "intermediaries" between Kiev and Moscow

How appropriate is it in general to create a new "negotiation format" between Kiev and Moscow, and who could benefit from such a situation? ...
December 2 2021
6 343
2 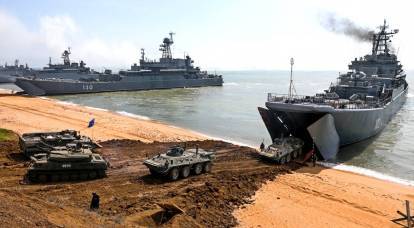 Encircling Russia: The Risks of an “Accidental” World War Increasingly 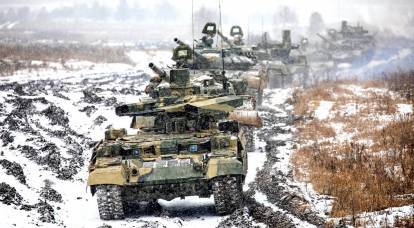 What prevents the Kremlin from deciding on a war with Ukraine

The coordination of the press and the military bureaucracy suggests that the situation is gradually moving out of the framework of information strengthening of the image of an external enemy ...
December 2 2021
129 047
42 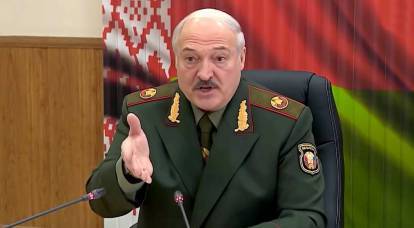 “Crimea is Russia”. How Lukashenko destroyed Zelensky's authority with one phrase

So it happened. The President of Belarus recognized Crimea as Russian. This time - without any reservations, equivocations and wagging, which pretty much devalued previous similar statements that left ...
December 1 2021
10 660
6 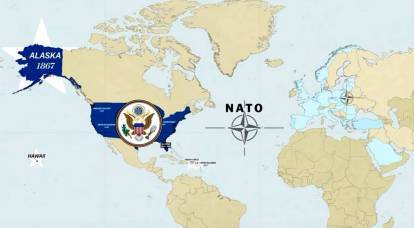 The sluggish agony of the hegemon: the United States is on the verge of complete loss of dominance

The story of the loss of hegemony and leadership often follows the same scenario. At a certain moment of withering, politicians come up with a "brilliant idea" to solve all problems in one fell swoop. Namely -...
November 30, 2021
48 884
22 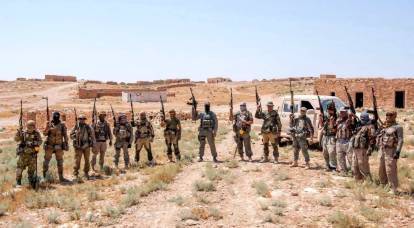 The hunt for the "cook": The persecution of the Russian PMC "Wagner" began in the West

A few days ago, the European Parliament adopted a resolution almost unanimously condemning the activities of the so-called PMC "Wagner". The document in the most stringent language calls for the imposition of sanctions in ...
November 30, 2021
58 374
35 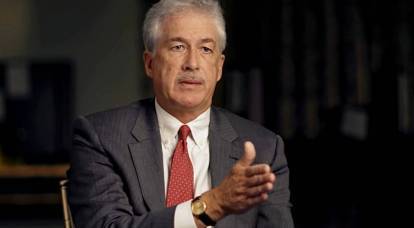 The Russians came. On the purposes of the recent visit of the CIA director to Moscow

I may have misinterpreted the last visit of the CIA director to Moscow. This was not an ultimatum from Washington, but an offer to cooperate. William Burns is still Biden's man, brought word from ...
November 29, 2021
29 933
5 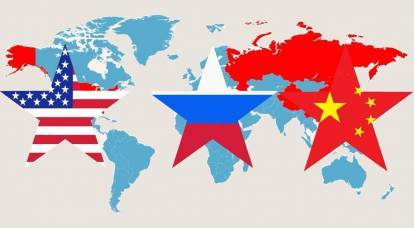 "Summit for Democracy" will split the world into two camps again

The joint article of the Russian and Chinese ambassadors to the United States, published in the American edition, is clearly not accidental and has a pronounced character of a geopolitical statement ...
November 29, 2021
5 464
3 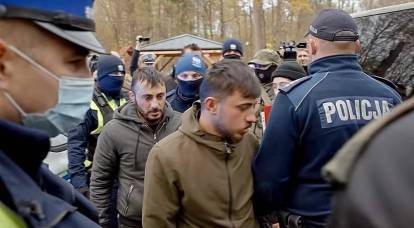 Double standards in a European way: the EU releases migrants

French Interior Minister Gerald Darmanen canceled a meeting scheduled for November 28 in Calais with British Home Secretary Priti Patel, at which it was planned to discuss the situation around ...
November 27, 2021
7 925
5 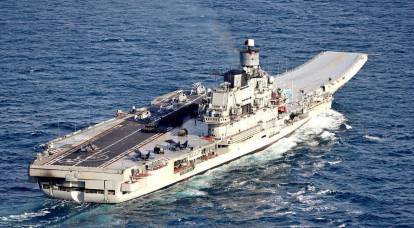 War for the islands: why does Russia need TAVRK and UDC in the Pacific Fleet

Our Pacific Oceanians with a nonzero probability may need to actually fight with opponents that are many times larger than them ...
November 26, 2021
19 928
39 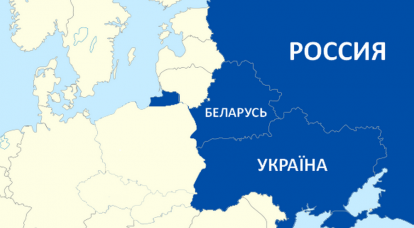 Is it possible the Union State of Russia, Ukraine and Belarus

Let's say that in one way or another it was possible to neutralize the Armed Forces of Ukraine (for example, through active counter-propaganda and work with the command staff) and drive out the puppet pro-Western government. What's next?...
November 26, 2021
26 126
56