July 5 2019
4
On July 5, 2019, the FSB of Russia informed the public that on July 4, 2019, in the framework of the 275 of the Criminal Code of Russia, a criminal case was detained by Russian Alexander Vorobyov, suspected of treason. This is stated on the official website of the department with the clarification that investigative actions are currently underway. 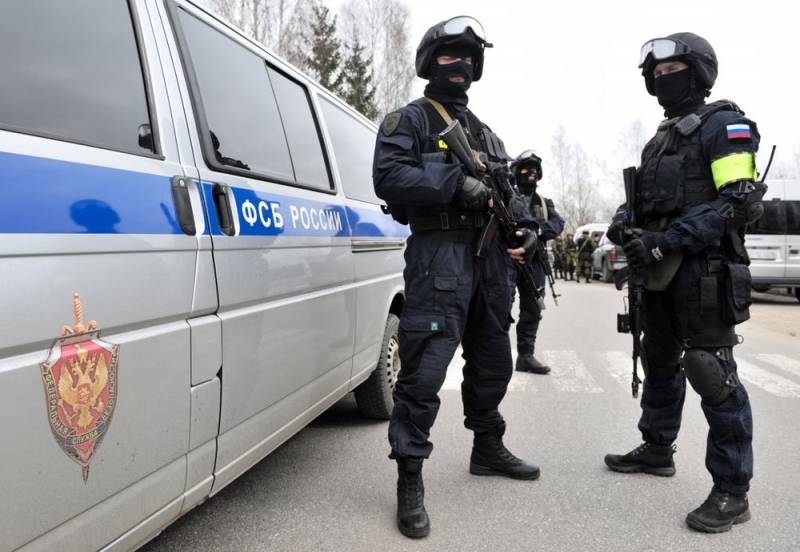 It is specified that during the detention Vorobyev had a Polish passport and special recording equipment with him. Now the FSB is asking the court to arrest Vorobyov.

[center] [/ center]
It must be recalled that, according to Article 275 of the Criminal Code of the Russian Federation “High Treason”, a penalty of imprisonment for a term of twelve to twenty years with a fine of up to 500 thousand rubles, or in the amount of wages, or another, is prescribed for committing such a crime the convicted person’s income for a period of up to three years, or without it, and with restriction of freedom for a period of up to two years.
Ctrl Enter
Noticed oshЫbku Highlight text and press. Ctrl + Enter
We are
Forest is cut - wood chips fly: former governor of Khabarovsk Territory Ishaev detained
In which regions of Russia in 2019 salaries will grow faster
Reporterin Yandex News
Read Reporterin Google News
Ad
We are open to cooperation with authors in the news and analytical departments. A prerequisite is the ability to quickly analyze the text and check the facts, to write concisely and interestingly on political and economic topics. We offer flexible working hours and regular payments. Please send your responses with examples of work to [email protected]
4 comments
Information
Dear reader, to leave comments on the publication, you must sign in.