July 2 2019
23
The war in Libya may blaze with renewed vigor. The precarious balance formed in the confrontation between the Government of National Accord (PNS) and the Libyan National Army (LNA), led by Field Marshal Haftar, could be upset by a new powerful player. Turkey threatened to directly intervene and disperse the “illegitimate armed groups,” by which in Ankara they mean the army of Haftar. Will the entry of the Turkish army into the war prove fatal for the field marshal, who intends to "clear Tripoli of terrorists"? 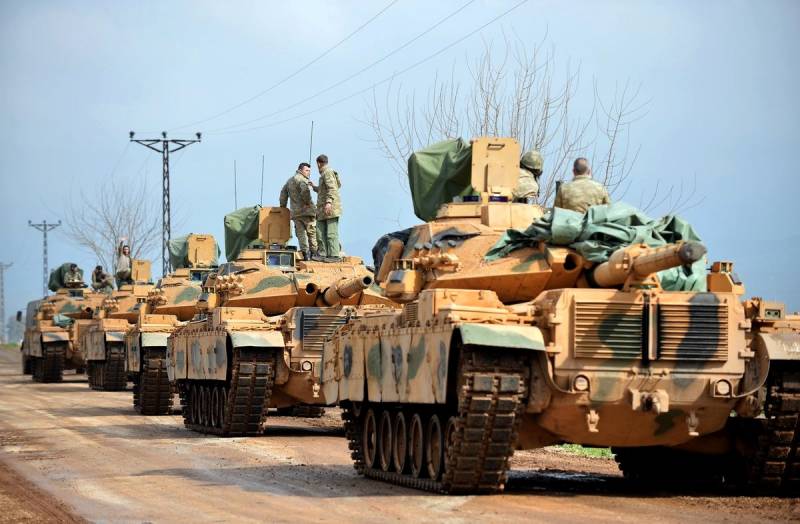 After NATO aggression in 2011, the blooming Libya was turned into ruins, on the basis of which continuously emerged hostile city-states. The largest players are the PNS, led by Faiz Saraj, who controls Tripoli, and the LNA, led by Khalifa Haftar. The Sarajah government is officially recognized by the UN, but the Haftar’s army cannot be clearly called “illegitimate,” since it is subordinate to the Libyan Parliament.

There is a classic dual power with many motley gangs constantly fighting each other. In April of this year, the field marshal ordered his troops to attack the capital of the country in order to restore unity of command and territorial integrity. Tripoli was surrounded by LNA, Saraj fled, and victory seemed near. However, over the past three months, Haftar has not established control over the main city of Libya, and in some places his troops retreated from their occupied positions.

The situation is complicated by the active intervention of external forces in the internal affairs of this country. The PNS, recognized by the West, is actively supported by Qatar and Turkey, Haftara - Egypt and the UAE. Also, behind the field marshal, the Italians saw the shadow of French President Emmanuel Macron, who was allegedly trying to pry Rome out of his former colony with the wrong hands.

LNA is still standing, surrounding Tripoli. But now the balance of power can change for the worse for Haftar. Earlier in eastern Libya, some Turkish citizens who were suspected of “supporting terrorists,” that is, were detained. opponents of the LNA. There is nothing surprising in this, given what is happening in neighboring Syria in the Idlib de-escalation zone.

The official Ankara stood up for its citizens, those who forgot in Libya:

The detention of six Turkish citizens by the illegitimate paramilitary forces of Haftar in Libya is an act of banditry and piracy. We expect our citizens to be released immediately. Otherwise, Haftar’s forces will become legitimate goals.

The Field Marshal, for his part, ordered the sky to be closed from Turkish aviation and to guard the state’s sea borders from Turkish ships. On June 28, the LNA shot down the UAV of this country. Ankara promised the Libyans "the toughest rebuff." Given the capabilities of her army, this is not an empty threat. Turkish intervention could lead to a complete military defeat of the LNA.

Haftar did not shy away and declared "general mobilization". However, despite the courage of the commander in chief, his prospects for waging war on two fronts are extremely deplorable. The Turkish army alone is able to disperse its semi-partisan army. So the Libyan field marshal should “save face”, but slow down, given that Tripoli has a written warrant for his arrest.
Ctrl Enter
Noticed oshЫbku Highlight text and press. Ctrl + Enter
We are
Should Russia support the army of Field Marshal Haftar?
Who is behind the field trip of Field Marshal Haftar to Tripoli?
Reporterin Yandex News
Read Reporterin Google News
23 comments
Information
Dear reader, to leave comments on the publication, you must sign in.