Navalny was arrested for 10 days for unauthorized action

July 2 2019
16
By the decision of the Khoroshevsky court of the city of Moscow, the oppositionist Alexei Navalny was arrested for 10 days. He received such punishment for an uncoordinated procession on June 12 in protest against the illegal detention of Ivan Golunov, although the city authorities allowed it to be held on June 16. 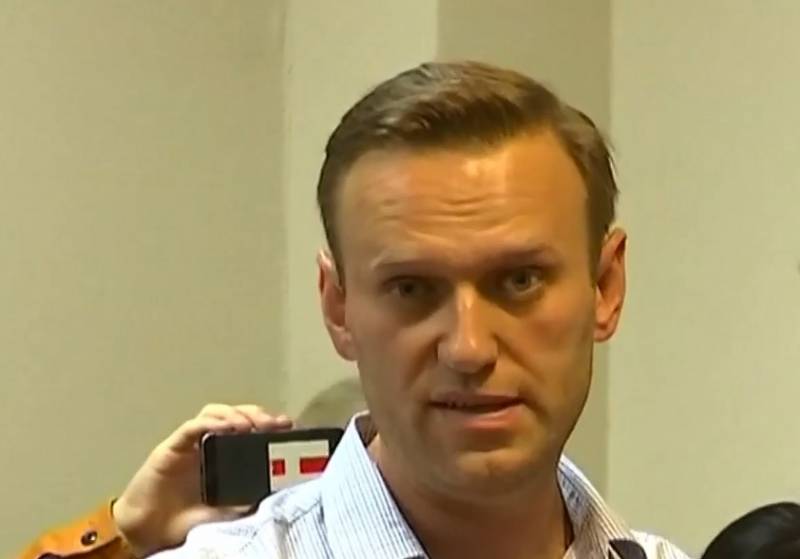 This was reported by the correspondent who was present at the hearing. RIA News.

Navalny is charged with "Repeated violation of the established procedure for holding a rally." The sanction of article 20.2 h. 8 of the Code of Administrative Offenses provides for a fine of up to 300 thousand rubles, up to 200 hours of community service or up to 30 days of arrest. The court record states that along with Navalny, "at least 700 people" participated in the rally.

The oppositionist pleaded not guilty and was sent from the courtroom to the special detention center.

According to the Moscow police department, 1200 people took part in the protest, of which 200 were subsequently detained. The participants of the event interfered with the work of the capital's transport and the holding of events in honor of the Day of Russia. Golunov himself refused to attend the march, and the editorial staff of the Meduza publication urged citizens not to participate in this rally.

The agreed action in a calm atmosphere took place on June 16 on Akademik Sakharov Avenue. It was attended by approximately 1600 people. At the end of the rally, a resolution was adopted in which the participants demanded a thorough investigation of the Golunov case, a review of the cases of media employees and public figures convicted under article 228 of the Criminal Code of the Russian Federation. In addition, the participants made an appeal to the Prosecutor General’s Office of the Russian Federation, where they proposed to develop a procedure for relations between law enforcement agencies and the journalistic community.
Ctrl Enter
Noticed oshЫbku Highlight text and press. Ctrl + Enter
We are
Media: in Moscow on the "march in support of Ivan Golunov" arrested 400 people
The Ministry of Internal Affairs of the Russian Federation stopped a criminal case against journalist Ivan Golunov
Reporterin Yandex News
Read Reporterin Google News
Ad
We are open to cooperation with authors in the news and analytical departments. A prerequisite is the ability to quickly analyze the text and check the facts, to write concisely and interestingly on political and economic topics. We offer flexible working hours and regular payments. Please send your responses with examples of work to [email protected]
16 comments
Information
Dear reader, to leave comments on the publication, you must sign in.