Russians told why meat will rise in price

July 2 2019
5
From the National Feed Union (NCC), which was formed in Russia in 2013 and is part of the Russian Grain Union, it was reported that prices for poultry, pork and beef could grow by 10% in the near future. This is due to a possible increase in the prices of feed additives that are given to birds and animals if the Ministry of Finance of Russia credits 4-7 billion rubles to importing companies. VAT for the previous three years. 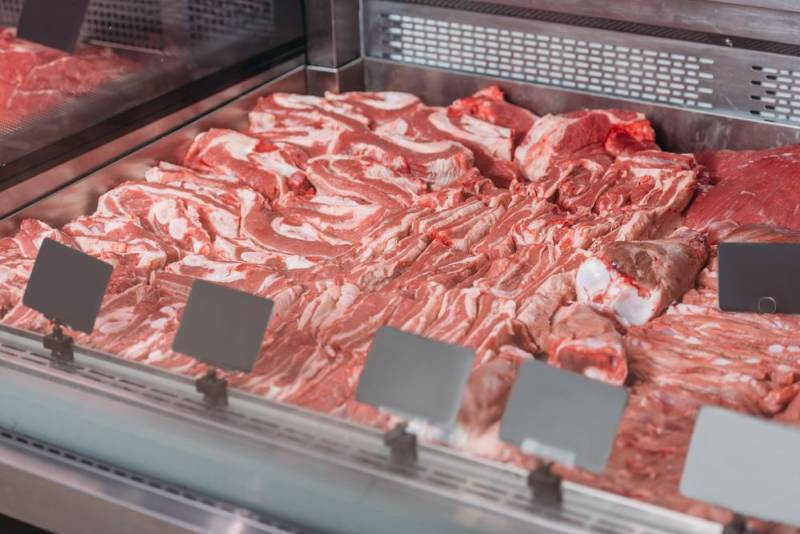 It should be noted that the Federal Customs Service has already begun verification of importing companies. Moreover "Izvestia" I managed to get acquainted with the documents of the Ministry of Agriculture of Russia in this regard. The ministry is also confident that the additional load will lead to higher prices for the final product, because companies that import feed additives to Russia have the right to pay VAT at a rate of 10%. At the same time, the Ministry of Finance disagrees with this.

The Ministry of Agriculture clarified that the problem regarding the amount of VAT on this group of goods arose due to the ambiguous interpretation of the Russian government’s decree of 2004 - on the list of goods that are subject to VAT at a reduced rate. At the same time, the director of the NCC, Sergei Mikhnyuk, emphasized that additives — amino acids, fats, enzymes — were initially included by default in the category of Products Used for Animal Feeding (HS code 2309 90) and importing companies could pay 10% VAT.

In December 2018, the Russian government introduced amendments that entered into force on April 1, 2019, and clearly stated that feed additives are included in the preferential category. However, the issue of products imported before this period remained unresolved. At the same time, the Ministry of Agriculture is sure that the clarification of the government’s decree is editorial and does not change the legal regulation that existed before - the government simply removed the discrepancies.

The Ministry of Agriculture reminded that in the structure of the cost of livestock production, feed costs are significant. Therefore, an increase in VAT will negatively affect economic efficiency. The agency wants to make further changes to the above government decree and extend its effect to feed additives imported from January 1, 2016. The ministry believes that this will prevent the deterioration of the situation of domestic agricultural producers, and at the same time stop the inspections of importing companies. If this is not done, then the additional charge of VAT can lead to the bankruptcy of importing companies and bring down the market. There will be an increase in prices for animal feed, which in recent years have risen in price by at least 15%. So the Ministry of Agriculture sees no reason to apply the increased VAT rate.

In turn, the Ministry of Finance believes that according to the decision of the Supreme Court of Russia, it is unlawful to apply a 10% VAT rate on feed additives. The ministry claims that since the VAT rate has entered into force on April 1, 2019, it applies from now on. However, there are no legal grounds for applying this rate in previous periods, so pay taxes.

In turn, the NCC simply reminded that up to 90% of additives are imported into Russia, on the basis of which (in a mixture with grain and bran) feed is prepared for birds and animals. Until January 1, 2019, the VAT rate in Russia was 18%, from January 1 - 20%. So the importing companies, which transferred preferential 10%, should add another 8-10%. And all this will affect the final product.
Ctrl Enter
Noticed oshЫbku Highlight text and press. Ctrl + Enter
We are
Russian households do not have enough money for repairs and even shoes
The oligarchs promised the government 2 trillion investments
Reporterin Yandex News
Read Reporterin Google News
Ad
The publication is looking for authors in the news and analytical departments. Requirements for applicants: literacy, responsibility, efficiency, inexhaustible creative energy, experience in copywriting or journalism, the ability to quickly analyze text and check facts, write concisely and interestingly on political and economic topics. The work is paid. Contact: [email protected]
5 comments
Information
Dear reader, to leave comments on the publication, you must to register.
I have an account? Sign in