Huawei vs. USA: victory on points or already knocked out?

July 2 2019
1
One of the significant results of the GXNUMX summit in Osaka, Japan, was if not reconciliation, then at least the truce reached by the leaders of the United States and China in the protracted "trade war" between the countries. An important marker of the seriousness of the intentions of the high contracting parties can be considered a statement made by Donald Trump that the United States "stop technological blockade of the Huawei concern. " Naturally, as a “goodwill gesture” made after a personal meeting of the leaders of the USA and China. 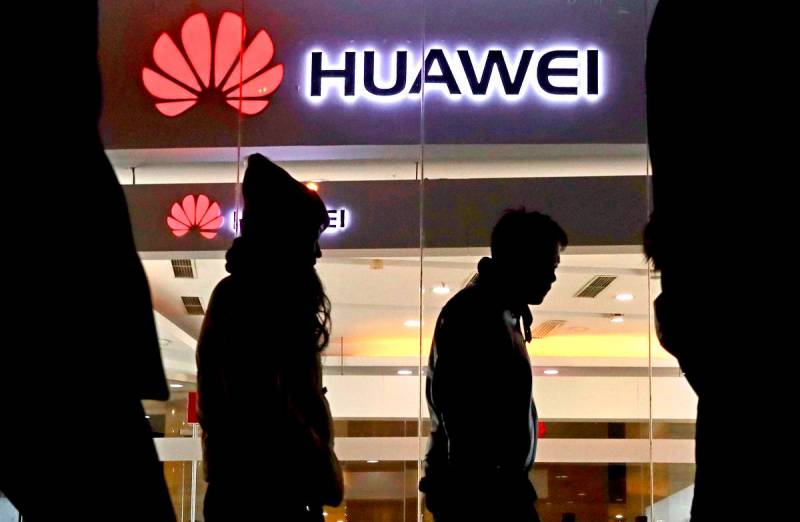 At the final press conference of the summit on June 29, the head of the White House did not hesitate to take this into his personal merit, saying: "I agreed to resume sales of the company's technological products." However, voices are already being heard from Washington that add a fair bit of tar to the presidential "barrel of honey" - they say, this is "not the final amnesty" for the Chinese tech giant, but only a "temporary delay." In any case, it was such a statement made by the head of the US National Economic Council, Lawrence Kudlow, who specified that the concern would be granted “a number of additional licenses for general-purpose goods”. The Americans are doing their utmost to show that they do not have the strength and determination to continue the meaningless and merciless struggle. Is this so, or will the US still have to “throw a towel into the ring”, admitting its defeat in the battle with Huawei? Let's figure it out.

How serious was it?

Doubt that the United States is committed to choosing Huawei as the main target of its anti-Chinese economic policy, to go in the business of bullying the concern to the end, in fact, no one had it from the beginning. The company was not simply included in the pro-scriptive "black list" of the local Treasury Department, which contained the names of structures "posing a threat to US national security." Not only were they strictly forbidden to cooperate with all government agencies and commercial enterprises of the USA with it ... Informed sources say that the plans that hatched in Washington regarding Huawei were much more ambitious and far-reaching than simply "cutting off" the company from US-made technologies and accessories for electronic equipment. So, according to reliable information, in the bowels of the US government, the development of a titanic plan to completely "get rid" of Chinese components and technological solutions of not only future fifth-generation communication systems, but also existing ones - 3G and 4G formats!

To this end, allegedly representatives of the US government appealed to local manufacturers and suppliers of telecommunications equipment with an appeal: "America - American communications and the Internet!" In view of this, there was a requirement to develop and implement a full range of network equipment of exclusively local origin - from switches and routers to network and software for their operation. Moreover, officials from Washington wanted to receive real proposals on this issue in just three months! By the way, it was planned to “clear” the telecommunications industry of the United States not only from the slightest signs of the presence of the Celestial Empire, but also from the participation of seemingly reliable European partners such as Nokia and Ericsson. Only the first results of miscalculations of the real terms and cost of implementing their plans were able to somewhat cool the ardor of the “cleaners”. A complete transition to products and software exclusively from domestic manufacturers will cost the United States billions of dollars and will take many years. And this is according to the most approximate estimates.

Meanwhile, forces in the United States, striving to present Huawei as “the center of global evil,” continue to work tirelessly. Accusations of “cyber espionage”, “theft of technological secrets”, “delivery of equipment and technologies to Iran bypassing American sanctions” - all this already happened. As well as allegations that everything, up to a single relay station of production, are companies for the 5G format Internet, if any are installed in the USA, will immediately turn into “tracking devices for Chinese intelligence services”. It is old and boring. Now the emphasis is on allegedly “close cooperation of the corporation with the People’s Liberation Army of China” and the participation of its specialists in “purely military developments” to “create technologies applicable in the field of national security”. As "irrefutable evidence" are excerpts from scientific papers on relevant topics, published, oddly enough, in completely open sources - periodicals and online research databases. Huawei itself responded to such "attacks" with truly Eastern equanimity: they say that our company is engaged in "exclusively civil projects", and what else "some of its employees" indulge in their free time from their main work is their purely personal matter ...

How real was everything?

However, the formidable intentions of the United States, which intended to “erase” Chinese competitors from the American market, and, ideally, from the face of the Earth, are one thing ... Reality, as always, has made adjustments. The first tearfully asked for "peace" with Huawei representatives of the American megacorporation Google. They quickly considered that in the event of a real revocation by the Chinese of a license to use the Android OS, it was Google, and not Huawei, that would lose from 800 million to a billion users! After the final accession to the world of Huawei HongMeng OS smartphones, Americans are likely to generally put out the lights, as they say. Already there is persistent talk about its undeniable superiority over Android, and yet it is only just beginning! At the Shanghai China Open Source 2019 Summit, Xiao Ran, vice president of industry strategy and industry development, urged everyone to join the "creation of an open, healthy, fair, and win-win HongMeng ecosystem" through the new revolutionary Huawei Ark compiler. There is no doubt - there will be no end to those who wish.

Well, as for 5G communications ... the USA, of course, can try to compete with Huawei here. Who will forbid them? However, it is necessary to remember that the corporation has invested no less than 40 billion dollars in the creation of this truly revolutionary innovation. And today he has 2160 standard patents in this area, which far exceeds the achievements of all other companies trying to succeed in this area. Neither Nokia, nor ZTE, nor Samsung and LG have come close to this level. The Americans are not even included in the top five developers of this technology. There is evidence that now at Huawei research centers in Shenzhen, Xi'an and Shanghai, thousands of developers are working to rid 5G base stations of the latest hardware and software made in the United States. Surely they will succeed.

The American press is currently very actively discussing the readiness of Huawei to confront the United States, as they say, to the last. A completely indelible impression on the journalists from The Washington Post was made by a photograph of the Soviet IL-2 attack aircraft of the Great Patriotic War riddled with bullets that they saw in one of the company's headquarters. This photo (standing, by the way, on each office desktop) was accompanied by the following inscription: “Only great difficulties create real heroes, and scars and wounds make us stronger!” It seems that the Americans are slowly starting to reach - with whom they, on their own head, had the imprudence to contact. Eurasia Group, a Western consulting company, recently published a report which suggested that if the US sanctions continue, “Huawei will be effectively squeezed out of the global telecommunications market.” The company simply refused to comment on this opus - due to complete delirium. They are busy with business there, not to their nonsense. The answer to all this kind of “prediction” is the phrase of the founder and leader of the concern Ren Zhengfei: “There is no way to hit us mortally!”

Yes, the United States has a completely dirty “trump card” in its sleeve - Ren Zhengfei’s daughter and the main financier of Huawei Meng Wanzhou, who is now in a luxurious family estate in Canada under house arrest. The US Department of Justice continues to demand her extradition on trumped-up charges of "violating sanctions against Iran." However, it seems that they are unlikely to dare to use this lawsuit as a lever of influence on the head of the corporation in Washington. First, official Beijing reacted extremely sharply to an attempt to send Wanzhou to jail, showing that he would answer “in the mirror” and that there would be no ceremony with either Canadian citizens or those who have a US passport in their pocket. And secondly, practice convincingly shows that any steps taken against Huawei will be "sided" by the United States itself, and even in multiple sizes. It’s better to be reconciled now - the farther, the surrender will be more and more humiliating.
Ctrl Enter
Noticed oshЫbku Highlight text and press. Ctrl + Enter
We are
It's important3
US Global Economy: An End That Sneaks Noticeably
There is something to be afraid of: Why China and the USA are enemies forever
Reporterin Yandex News
Read Reporterin Google News
1 comment
Information
Dear reader, to leave comments on the publication, you must to register.
I have an account? Sign in