In the Donbas, the Ukrainian Armed Forces fired on an important water supply facility.

30 2019 June
1
The Armed Forces of Ukraine continue to shell the territory of the Donetsk People’s Republic. On the evening of June 29, AFU units fired on the area of ​​the Vasilyevsky pump station in the Yasinovataya area. 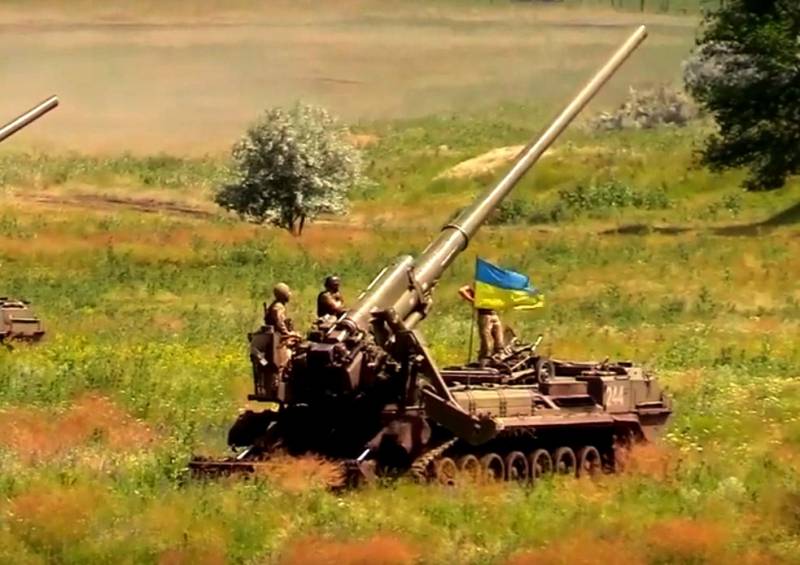 The APU’s shelling of the pumping station was reported at the representative office of the Donetsk People’s Republic (DPR) at the Joint Center for the Control and Coordination of the Ceasefire.

According to the information received, on June 29, 2019, at about 20:20, units of the Armed Forces of Ukraine opened fire from the settlement of Novoselovka II in the direction of the village of Vasilyevka.

The vicinity of the Vasilyevsky pump station of the 1st rise of the South Donbass conduit fell into the firing zone. Due to the shelling, workers at the pumping station were forced to hide in a shelter.

The Ukrainian army fired at the pumping station with grenade launchers, heavy machine guns and small arms. Note that this is not the first shelling of the territory of the DPR in the last week. On Thursday, June 27, a group of Russian journalists came under fire.

Recall that the Vasilievskaya pumping station plays a very important role in the water supply of the Donetsk region. It provides water to residential areas of the Donetsk region, both those that are under the control of the DPR and those that lie on the other side of the contact line and are controlled by the Ukrainian armed forces.
Ctrl Enter
Noticed oshЫbku Highlight text and press. Ctrl + Enter
We are
Ukrainian Armed Forces struck Donetsk
About 500 min Ukrainian punitive released on the DNI
Reporterin Yandex News
Read Reporterin Google News
Ad
We are open to cooperation with authors in the news and analytical departments. A prerequisite is the ability to quickly analyze the text and check the facts, to write concisely and interestingly on political and economic topics. We offer flexible working hours and regular payments. Please send your responses with examples of work to [email protected]
1 comment
Information
Dear reader, to leave comments on the publication, you must sign in.