The United States transferred combat planes against Iran to Qatar

29 2019 June
0
The United States sent a fifth-generation F-22 fighter group to Qatar. The Central Command of the United States Armed Forces (CENTCOM), which is responsible for the region, states that at least three combat aircraft are arriving in Qatar. 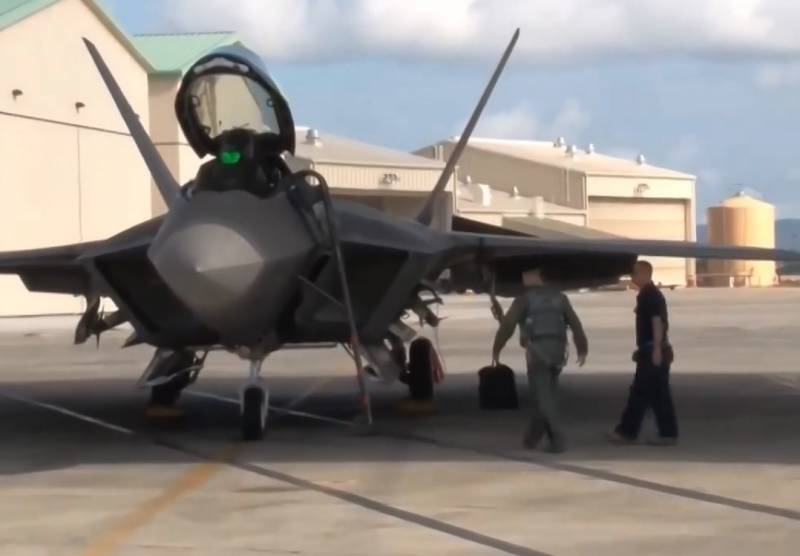 The Associated Press news agency claims that “about a dozen” fighters will be deployed. The agency believes that this decision was made due to the growing threat to the US military from Iran.

F-22 aircraft will be delivered to Al-Udeid Air Base in Qatar and will be available to the Central Command of the US Armed Forces, which manages US forces in the Middle East and Central Asia. Previously, fighters of this model have never appeared on this base. It was from here that military aircraft went to bomb the places of deployment of Islamic state militants in Syria and Iraq.

Noteworthy is the strengthening of the grouping of the US Armed Forces in the Middle East at a time when relations between the United States and Iran have intensified to the limit. In Washington, they said that the transfer of a large group of US Navy and a group of bombers in May of this year is a signal for Tehran.
Ctrl Enter
Noticed oshЫbku Highlight text and press. Ctrl + Enter
We are
Trump for the third time announces US victory over terrorists in Syria
US to strengthen Middle East largest air base
Reporterin Yandex News
Read Reporterin Google News
Ad
The publication is looking for authors in the news and analytical departments. Requirements for applicants: literacy, responsibility, efficiency, inexhaustible creative energy, experience in copywriting or journalism, the ability to quickly analyze text and check facts, write concisely and interestingly on political and economic topics. The work is paid. Contact: [email protected]
Information
Dear reader, to leave comments on the publication, you must to register.
I have an account? Sign in