In Kovrov gas exploded in a residential building, there are victims

29 2019 June
1
In the city of Kovrov, Vladimir Region, there was an explosion of domestic gas in a five-story residential building. 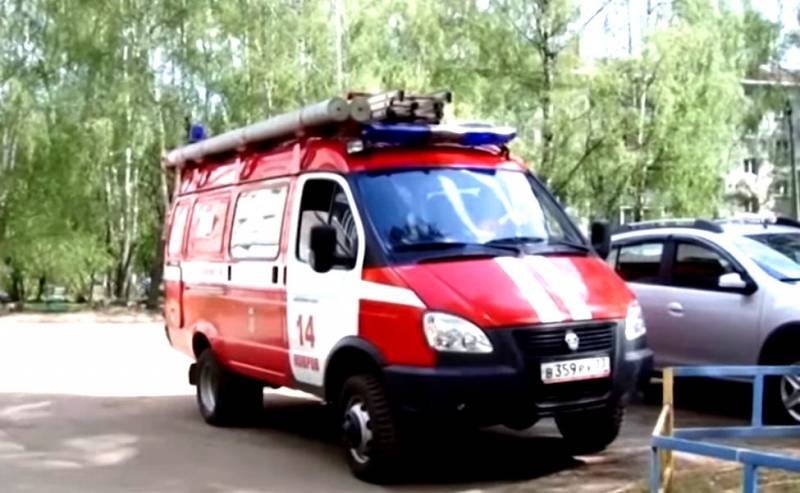 At 00:08, people on duty at the Emergency Situations Ministry contacted a gas explosion in a residential building on Zoya Kosmodemyanskaya Street. Arriving at the scene, firefighters and rescuers eliminated the fire resulting from the explosion, the ignition area was about 50 meters.

According to investigators, in the apartment where the explosion occurred, there were three people - a married couple and their adult son. As a result of the explosion, the head of the family died, his wife and son were seriously injured.


A total of eleven people were injured in the emergency. Among the victims - employees of the Ministry of Emergencies and the police, who took part in the aftermath of the explosion. In addition, an elderly woman, who lived on the first floor of the second entrance, suffered. She was injured in a reaction from a wave of cotton.

All tenants were evacuated from the two entrances of the residential building, investigative work continues.

As the investigators were able to establish, in the kitchen of the apartment where the explosion occurred, hoses were pulled out that brought fuel to the stove. It is because of this that a gas leak formed, leading to a subsequent explosion.

Participation in the incident does not exclude the adult son of a man who died in the apartment where the explosion occurred. This person was discharged from a specialized clinic shortly before the explosion and could have committed some inappropriate actions.
Ctrl Enter
Noticed oshЫbku Highlight text and press. Ctrl + Enter
We are
Gas exploded in a residential building in Kazan
Explosion in the Mines: gas again kills people
Reporterin Yandex News
Read Reporterin Google News
Ad
We are open to cooperation with authors in the news and analytical departments. A prerequisite is the ability to quickly analyze the text and check the facts, to write concisely and interestingly on political and economic topics. We offer flexible working hours and regular payments. Please send your responses with examples of work to [email protected]
1 comment
Information
Dear reader, to leave comments on the publication, you must sign in.