28 2019 June
8
Another exacerbation of the situation occurred on the line of contact between the defenders of the Donetsk People’s Republic and the AFU units. 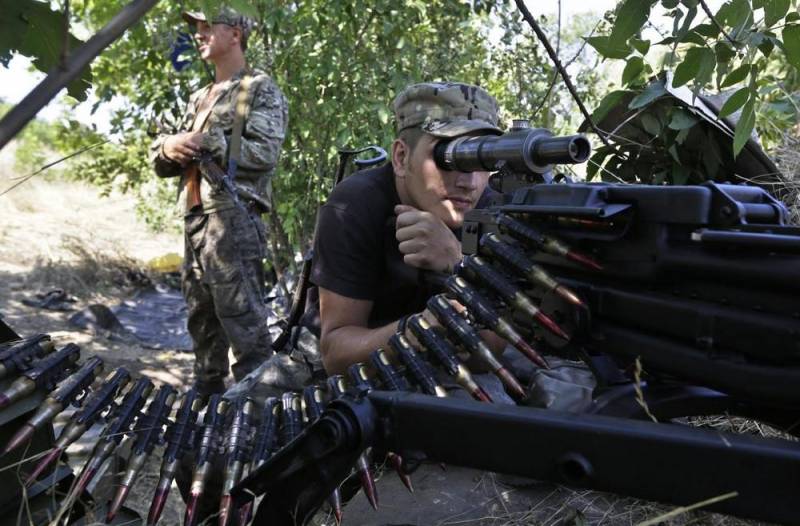 As follows from the message, the representative of the DPR ombudsman’s office, Daria Morozova, over the past seven days, six soldiers of the republic were killed in clashes with the Armed Forces, and ten were injured of varying severity.

Also, as a result of shelling of the Ukrainian army, six civilians were injured, including one child.

It is worth noting that the armed aggression by Ukraine against the republics of Donbass continues, despite repeated statements by President Zelensky to do everything to stop the fighting.

Do not stop the units of the Armed Forces and the goodwill gestures on the part of the DNI and LC, which went towards Ukraine and released four captured Ukrainian soldiers without any counterclaims.

It is especially worth noting that the exchange took place without the participation of the Ukrainian president and became possible only thanks to the personal initiative of the leader of one of the leading Ukrainian parties, Opposition Platform for Life, Viktor Medvedchuk, who met and negotiated with the republican leaders Denis Pushilin and Leonid Pasechnik.
Ctrl Enter
Noticed oshЫbku Highlight text and press. Ctrl + Enter
We are
Kiev threatens reprisals for families of defenders of Donbass
DPR army suffered significant losses
Reporterin Yandex News
Read Reporterin Google News
Ad
We are open to cooperation with authors in the news and analytical departments. A prerequisite is the ability to quickly analyze the text and check the facts, to write concisely and interestingly on political and economic topics. We offer flexible working hours and regular payments. Please send your responses with examples of work to [email protected]
8 comments
Information
Dear reader, to leave comments on the publication, you must sign in.