29 2019 June
0
The first high-speed electric train “Lastochka”, equipped with a machine vision system, was put at the disposal of Russian Railways. This was reported by the agency the day before. RIA News. 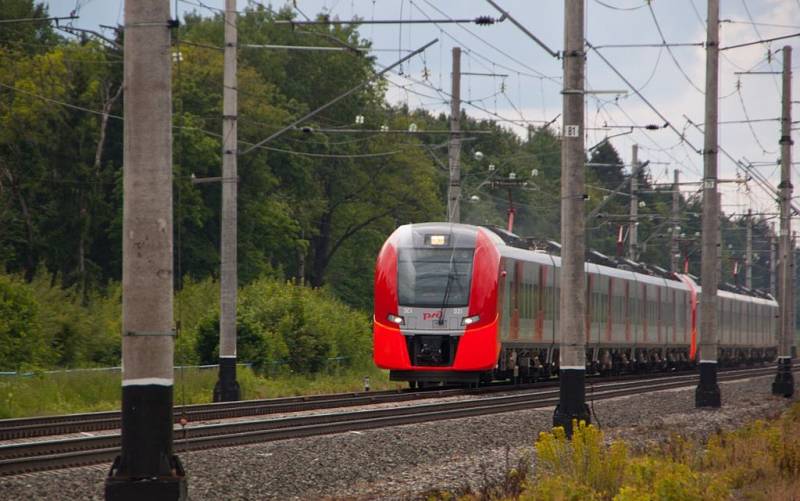 The essence of the innovation is that the aforementioned express was equipped with a set of sensors (thermal imagers, lidars, video cameras), which are designed to collect information about the situation on railway transport lines. This system can recognize any object along the route. Moreover, the range of her "vision" is up to 1,5 km.

Given the above, the name of the train seems very symbolic, since it really can become the "first sign" in the process of developing unmanned of technologies. Subsequent data collection and analysis of the new system will create the basis for the further implementation of technologies of autonomous (without a driver) control of trains.

Recall that the passenger electric train of the Swallow family (includes 4 models: ES1, ES1P, ES2G, ES2GP) was created on the basis of the Siemens Desiro platform by order of Russian Railways. Since 2011, the Ural Locomotives plant, located in the city of Verkhnyaya Pyshma (Russia), has been engaged in the production of this train, under the license of the German company Siemens.
Ctrl Enter
Noticed oshЫbku Highlight text and press. Ctrl + Enter
We are
It's important9
Electric train "Swallow" became unmanned
KAMAZ without you: Russia will become part of an unmanned auto-revolution
Reporterin Yandex News
Read Reporterin Google News
Information
Dear reader, to leave comments on the publication, you must to register.
I have an account? Sign in