Putin told the British media about his successor.

28 2019 June
1
President of the Russian Federation Vladimir Putin spoke about what he thinks about his potential successor as head of state. Putin opened up in an interview with the British edition of the Financial Times. 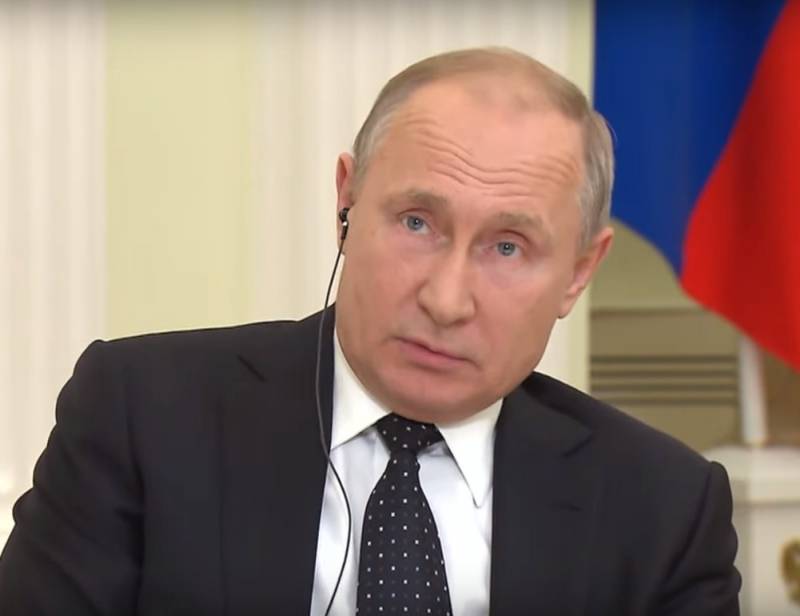 According to Vladimir Putin, he began to think about a successor when he was in power in 2000. At the same time, the president recalled that in Russia, the election of the head of state is held by secret ballot.

Financial Times editor Lionel Barber asked Putin if the Duma would approve of Russian voters. To this, Vladimir Putin quickly found what to answer.


Being the head of the Russian state, Vladimir Putin called it a great honor, thanking the Russians for honoring him with the right to lead the country back in 2000.

Of course, the president did not name any specific names. Moreover, even more recently, in November 2018, Vladimir Vladimirovich, answering another question about his future, noted that he was not going to leave anywhere and such issues were premature.

In 2018, speaking at an open lesson in Yaroslavl, Putin noted that, as a rule, people with legal or economic knowledge, but in general a person of any profession can become the president of Russia.

Also, speaking with British journalists, Vladimir Putin noted that the liberal idea has outlived itself and can no longer give people anything. As an example, the president cited the situation with migrants in Western countries.

The liberal idea suggests that nothing needs to be done. Migrants can kill, rob and rape with impunity, because their rights as migrants must be protected. And what are these rights? Every crime must be punished
- Putin stressed.
Ctrl Enter
Noticed oshЫbku Highlight text and press. Ctrl + Enter
We are
Ukrainian general: the attack on the Donbass will result in huge losses
US State Department: Venezuelan Civil War Scenario Ready
Reporterin Yandex News
Read Reporterin Google News
Ad
We are open to cooperation with authors in the news and analytical departments. A prerequisite is the ability to quickly analyze the text and check the facts, to write concisely and interestingly on political and economic topics. We offer flexible working hours and regular payments. Please send your responses with examples of work to [email protected]
1 comment
Information
Dear reader, to leave comments on the publication, you must sign in.