PACE: Russophobes remained in the minority

27 2019 June
2
Recently we informedhow Russia put forward an ultimatum to the Parliamentary Assembly of the Council of Europe (PACE) after the next Russophobic demarche of Ukrainian "patriots" in this organization. And it turned out that the delegations of Georgia and Lithuania, despite disagreeing with the return of Russian authority to PACE, decided to finalize before the end of the session. Latvia suspended work, and Ukraine remained as a listener. 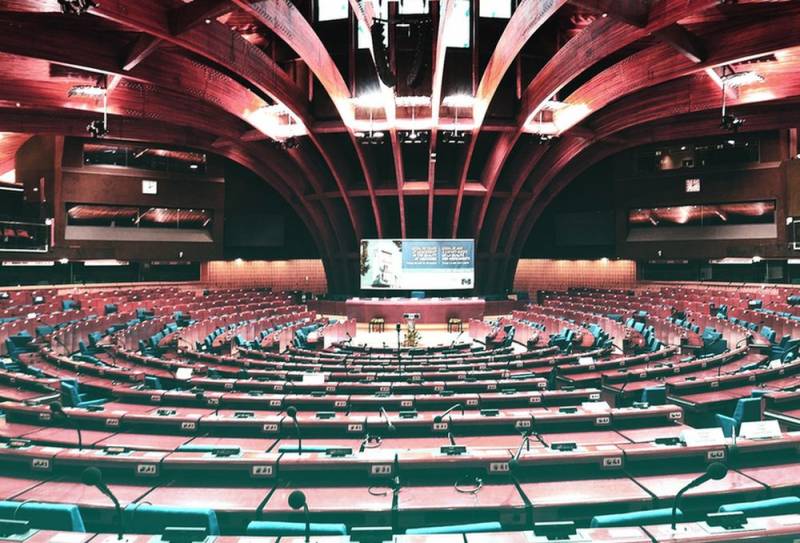 It should be noted that the current part of the session will last until June 28, 2019. In the autumn, the session will continue its work. At the same time, the agency RBC managed to find out details about what is happening in PACE.

So, Georgian MP and PACE member Sofia Katsarava stated that the Georgian delegation will work in Strasbourg until June 28, 2019. After that, the representatives will go to Tbilisi for consultations. There, they will discuss joint actions with PACE at the next sessions with parliament and the government.

The representative of Lithuania in PACE, Egidius Vareikis, also confirmed that his delegation will stay in Strasbourg until June 28, 2019.

In turn, the representative of Latvia in PACE, Linda Ozola, said that her delegation had suspended participation in the session. They are sent to Riga for further consultations with the parliament and the country's foreign ministry.

The delegation of Ukraine does not take part in the session in the remaining time. According to the representative of Ukraine in PACE, Georgy Logvinsky, the delegation remained for private meetings and as listeners. This is not surprising, because on July 21, 2019 in Ukraine there should be early parliamentary elections to the Verkhovna Rada, after which few of them will again go to Strasbourg for budget money.

At the same time, the head of the largest PACE faction of the European People’s Party, MP from Poland Alexander Pochey, confirmed that his delegation had decided to return to their country for consultations. But he does not believe that Poland will leave PACE. He noted that before the return of Russia's authority in the organization (June 26, 2019), she was in a deep financial crisis, but now, the crisis has replaced him political.

It should be recalled that on June 26, 2019, PACE completely restored Russia to its rights. After this, a group of Russophobes from seven countries staged another protest and hysteria. For some reason, they are convinced that a minority can dictate its will to the majority. Therefore, Latvian Foreign Minister Edgar Rinkevich issued a joint statement by representatives of the delegations of Estonia, Georgia, Latvia, Lithuania, Poland, Ukraine and Slovakia, who decided to ask their parliaments to withdraw them from this oldest inter-parliamentary organization. They criticized PACE and once again spoke out against Russia. At this time, in Strasbourg, many breathed a sigh of relief, because you can do something useful, and not regularly watch the Russophobia show.

As for Slovakia, only one deputy has signed the mentioned statement. Moreover, he did this without agreeing with the others, i.e. abused authority. Therefore, the delegation of Slovakia decided to raise a question before the parliament of their country about the deprivation of its authority and expulsion from the delegation to PACE. The delegation of Slovakia noted that the protest against Russia "is in direct contradiction with the position taken by Slovakia."
Ctrl Enter
Noticed oshЫbku Highlight text and press. Ctrl + Enter
We are
Volodin: Either full rights, or we leave PACE
Delegation of Ukrainian “patriots” from PACE organized a protest
Reporterin Yandex News
Read Reporterin Google News
2 comments
Information
Dear reader, to leave comments on the publication, you must sign in.