Flooding in the Irkutsk region: hundreds of houses are flooded, evacuation is underway

27 2019 June
1
On June 27, 2019, traffic in municipal roads was blocked immediately in five districts of the Irkutsk region due to heavy rains and floods. The water level in the rivers rose by an average of two meters. Flooded whole streets of cities and villages. The damage has yet to be calculated. 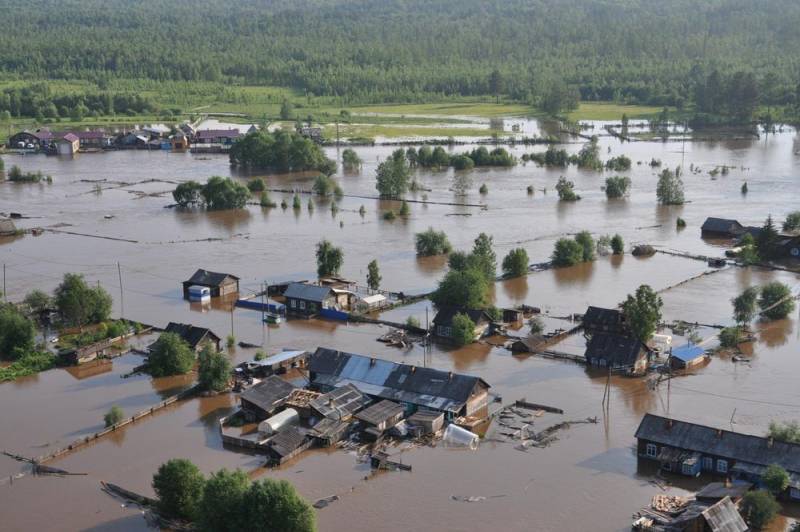 A large group of settlements found themselves in the flood zone due to the heavy rain front in the Angara area. The rivers Uda and Bolshaya Belaya overflowed the banks. In a number of settlements, an emergency mode has been introduced.

The evacuation of residents. Four temporary accommodation centers for 1 thousand people have already been prepared for them. At the same time, many residents refuse to leave home, fearing for their property.


The regional hydrometeorological center predicts a further rise in water level in five rivers, since heavy precipitation is expected (heavy, long rains, thunderstorms, hail and increased northwestern wind up to 15 meters per second).
Ctrl Enter
Noticed oshЫbku Highlight text and press. Ctrl + Enter
We are
The Ministry of Transport proposes to change the speed limit on the roads of Russia
Emergency mode introduced in Dzerzhinsk: 38 already affected by an explosion at a factory
Reporterin Yandex News
Read Reporterin Google News
1 comment
Information
Dear reader, to leave comments on the publication, you must sign in.