The head of the DNI Pushilin intends to obtain Russian citizenship

27 2019 June
0
Recently, we reported how in the Rostov region began issuance of Russian passports to residents of the LPR and DPR, and Viktor Vodolatsky, Deputy Chairman of the State Duma Committee on CIS Affairs, Eurasian Integration and Relations with Compatriots рассказалthat residents of twelve regions of Ukraine also wish to acquire Russian citizenship and obtain passports in a simplified manner. And now, it became known that the head of the DPR Denis Pushilin intends to obtain Russian citizenship. 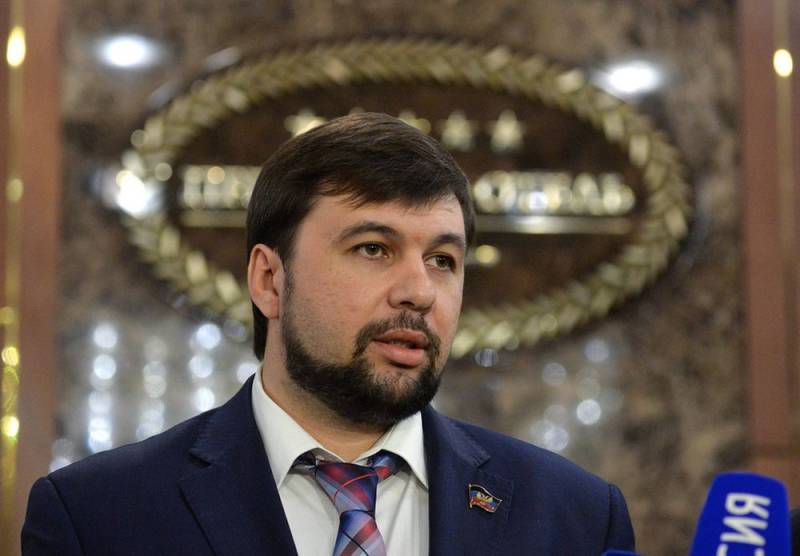 I, like my fellow countrymen, have every right to become a citizen of the Russian Federation, and I will use this right with pleasure
- said Pushilin in an interview "Moskovsky Komsomol".

It should be recalled that at the end of April 2019, Russian President Vladimir Putin signed a decree according to which, residents of certain regions of the Donetsk and Lugansk regions of Ukraine, for humanitarian reasons, were able to become Russian citizens in a simplified manner. This caused a stormy negative reaction among the Ukrainian "patriots", who do not consider residents of the DPR and LPR to be people.
Ctrl Enter
Noticed oshЫbku Highlight text and press. Ctrl + Enter
We are
Residents of 12 regions of Ukraine intend to get Russian passports
Unprecedented excitement: Pushilin spoke about the DNR passports
Reporterin Yandex News
Read Reporterin Google News
Ad
We are open to cooperation with authors in the news and analytical departments. A prerequisite is the ability to quickly analyze the text and check the facts, to write concisely and interestingly on political and economic topics. We offer flexible working hours and regular payments. Please send your responses with examples of work to [email protected]
Information
Dear reader, to leave comments on the publication, you must sign in.