Volodin: Either full rights, or we leave PACE

26 2019 June
7
Recently we Reportedhow the delegation of Ukrainian "patriots" from the Parliamentary Assembly of the Council of Europe (PACE) made another Russophobic hysteria. And so, on June 26, 2019, the State Duma chairman (speaker) Vyacheslav Volodin said during a plenary meeting that Russia would leave PACE if the rights of the Russian delegation were not fully restored. 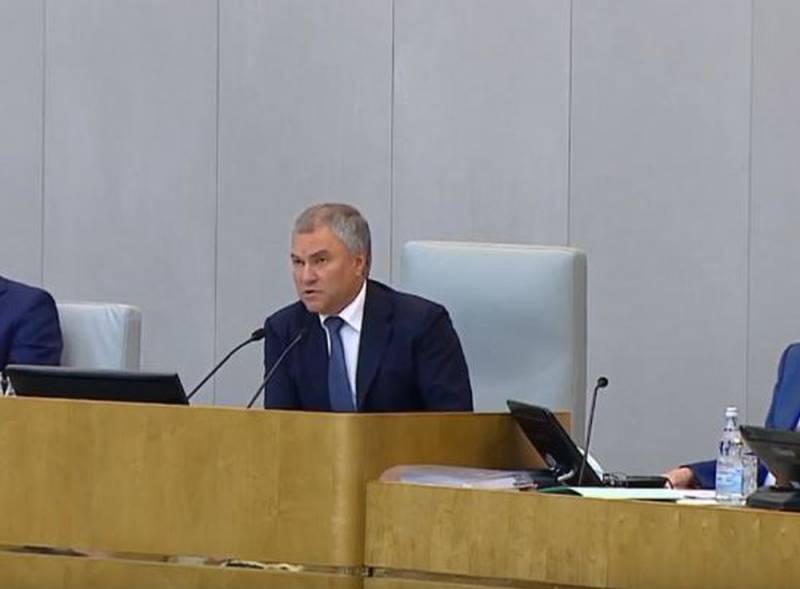 I think that all of you will support the previously adopted position: either our delegation has full rights and they must be inviolable, or we leave the Parliamentary Assembly of the Council of Europe
- said Volodin to the parliamentarians.

Deputies supported Volodin's words with applause. On this occasion, the State Duma is in full agreement.

It should be noted that on the same day, the press secretary of the President of Russia Dmitry Peskov said that reducing the rights of the Russian delegation makes it impossible (meaningless) to participate in the work of PACE.


In May 2019, the Committee of Ministers of the Council of Europe adopted a resolution stating that all countries of the Council of Europe have the right to equal participation in the Committee of Ministers and in PACE. Some time later, on the night of June 25, 2019, PACE officially invited Russia to participate in the June session in an exceptional manner. 118 deputies from 23 countries voted in favor, 62 against, and 10 abstained.

But this "tug of war" can last forever, so Russia put forward an ultimatum to solve this issue finally.
Ctrl Enter
Noticed oshЫbku Highlight text and press. Ctrl + Enter
We are
Delegation of Ukrainian “patriots” from PACE organized a protest
Russia refuses to return to PACE
Reporterin Yandex News
Read Reporterin Google News
Ad
We are open to cooperation with authors in the news and analytical departments. A prerequisite is the ability to quickly analyze the text and check the facts, to write concisely and interestingly on political and economic topics. We offer flexible working hours and regular payments. Please send your responses with examples of work to [email protected]
7 comments
Information
Dear reader, to leave comments on the publication, you must sign in.