26 2019 June
3
Recently we Reportedas the bishop of the Russian Orthodox Church (ROC) on June 22, 2019, Metropolitan John of Belgorod and Stary Oskol (in the world of Popov) called the death of soldiers of the Workers 'and Peasants' Red Army (RKKA) during the Great Patriotic War (WWII) “a sacrifice for atheism”. And so, the head of the press service of the Patriarch of Moscow and All Russia, Kirill (in the world of Gundyaev), the Russian Orthodox Church priest Alexander Volkov did not agree with the words of Metropolitan John, calling them his personal opinion (assessment). 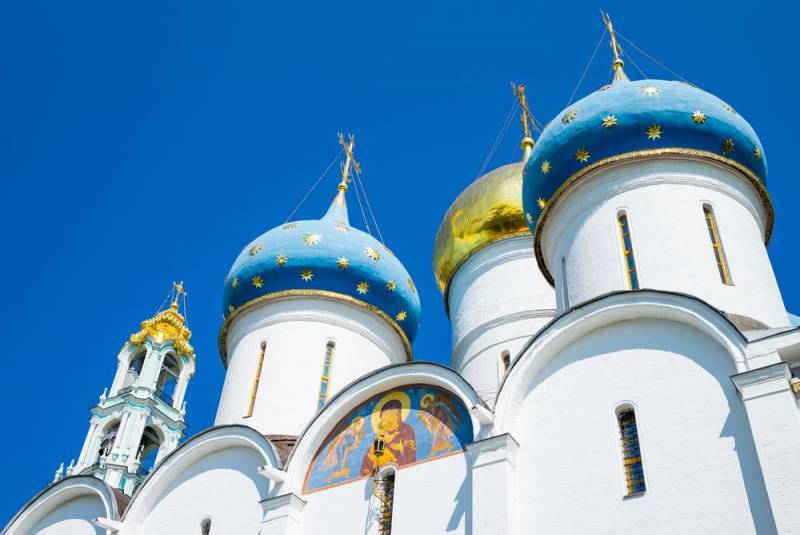 We heard a personal assessment of one of the very important moments in the history of our country. Each person is free to express a private opinion, but regarding such moments, of course, it is important that this opinion is based not only on general considerations, but also on specific facts of our history.
- Priest Volkov diplomatically declared.

At the same time, the Vicar of the Patriarch of Moscow and All Russia, the chairman of the ROC synodal department for cooperation with the Armed Forces and law enforcement agencies, Bishop Stefan (in the world of Privalov) spoke more strongly about the words of Metropolitan John.

It is clear that this is not entirely true. If we were to operate with clear statistics, then we could talk about something. The conclusions are not entirely correct, because people of different nationalities, different religions and faiths defended the Fatherland, therefore the war is called the Patriotic War
- said Bishop Stefan, who on May 7, 2019, by decree of the Patriarch of Moscow and All Russia, was appointed rector of the Patriarchal Cathedral of the Resurrection of Christ in the Patriot Military and Patriotic Park of Culture and Rest in Moscow.

Bishop Stefan noted that now it’s not worthwhile “to divide and consider under a magnifying glass who is baptized and which of the baptized was of what mood at the time of his death”. He believes that even baptized people could do wrong things that would break their connection with God. At the same time, he “understood the thought of Vladyka John”, which meant that “Christianity understands that there are no accidental events” and “if the Lord suffers any disasters, then they have a definite reason - our departure from God, sins”.

Many through participation in the Great Patriotic War came to God, and in fact the restoration of the patriarchate, churches, the arrival of people in the Church of Christ - this is the same period. Therefore, we can say that young people were also churching through those terrible events
- summed up Bishop Stefan.

It should be noted that the statement of Metropolitan John really caused a resonance and mixed reaction in society. For example, Jan Rachinsky, chairman of the board of the international historical and educational society Memorial, reacted sharply to John’s words. In his opinion, such statements raise a number of questions. How canonical are they and how do they influence the authority of the church?

It's pretty hard to comment on the ravings. In my opinion, this position is deeply non-Christian, testifying to the medieval views of the author of these statements. Unfortunately, the death at the front was not associated with faith or disbelief. Statements of this kind indicate very arbitrary interpretations of history.
- said Rachinsky.

In turn, we want to remind that Russia is a multinational and multiconfessional country. Therefore, with such statements (as in Metropolitan John), you need to be careful not to violate the rights and feelings of people.
Ctrl Enter
Noticed oshЫbku Highlight text and press. Ctrl + Enter
We are
ROC: The death of Soviet soldiers during the Second World War - "a sacrifice for godlessness"
ROC told how will baptize sex-changing citizens
Reporterin Yandex News
Read Reporterin Google News
3 comments
Information
Dear reader, to leave comments on the publication, you must sign in.