25 2019 June
3
Recently saidhow the US is looking for mediators to negotiate with Iran. And now, it is already reported that Washington is putting together an anti-Iranian coalition in the Persian Gulf. 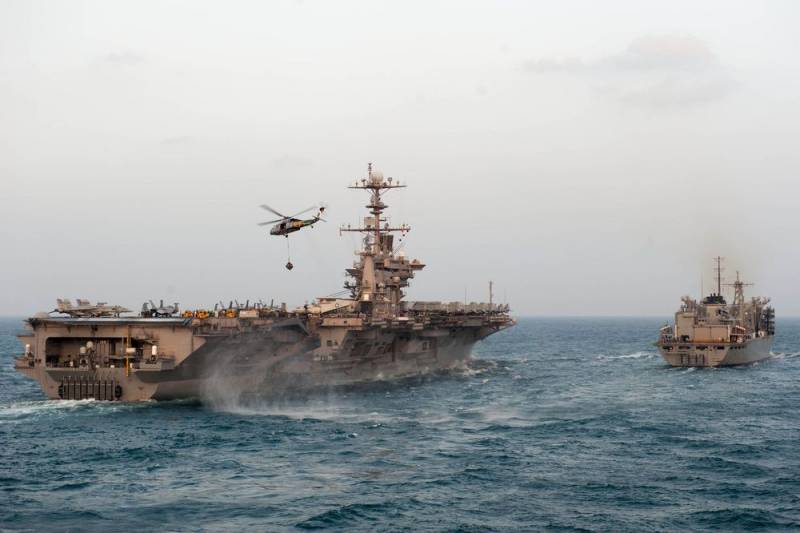 We did not think for a long time with the justification, because it was not in vain that a large group of tankers was destroyed in the region. Therefore, a coalition is needed to "ensure freedom of navigation." And as stated by the US State Department, a coalition is being created together with the allies, however, without specifying what kind of country it is.

But there is little doubt that warlike Israel, Norway, the UK and its aggressive colonies (Canada and Australia) are already participating in this, one way or another. The problem is that all these countries have nothing to do with the Persian Gulf. Whether there are countries from this region in the coalition is also not reported.

It is known that we are talking about the Sentinel program, which the United States and its allies will provide material and financial support. They have already said from the State Department that this will be “preventive deterrence” so that the Iranians cannot “just go out into the bay and do what they want.” For containment “cameras, binoculars and ships” will be used, no details were given about swimming trunks, fins and a circle made of foam. At the same time, the State Department declined to answer which US warships would be sent to the region to ensure the implementation of this program.

In fact, the Americans want to attract the countries of the region so that someone dragging hot chestnuts from the bonfire of war behind Washington. That is, they want to substitute at least one of the countries of the region for Iran’s retaliatory strike after the “democratic” bombing and rocket attacks begin. It is not known whether there are those who want to subscribe to this unpleasant event in the region. It’s one thing to swear openly with Iran, and it’s another thing to really fight.

It should be recalled that on June 24, 2019, US President Donald Trump announced that he had signed a decree on the introduction of another sanction “injection” against Iran. At the same time, they said from the Russian Foreign Ministry that the United States and Iran are on the brink of war.
Ctrl Enter
Noticed oshЫbku Highlight text and press. Ctrl + Enter
We are
It's important4
The secret intermediary between the USA and Iran became known.
US State Department: Venezuelan Civil War Scenario Ready
Reporterin Yandex News
Read Reporterin Google News
3 comments
Information
Dear reader, to leave comments on the publication, you must to register.
I have an account? Sign in