The secret intermediary between the USA and Iran became known.

24 2019 June
0
The third month, US authorities deliberately escalate tensions around Iran. They threaten an attack, demand "democracy", blow up "bundles" of tankers and at the same time pretend to be "looking" for intermediaries to communicate with Tehran when Switzerland officially represents US interests in this country. And US President Donald Trump, as the "real master" of his word, repeatedly made loud and promising statements in his Twitter account and after that, literally the next day, refused them. 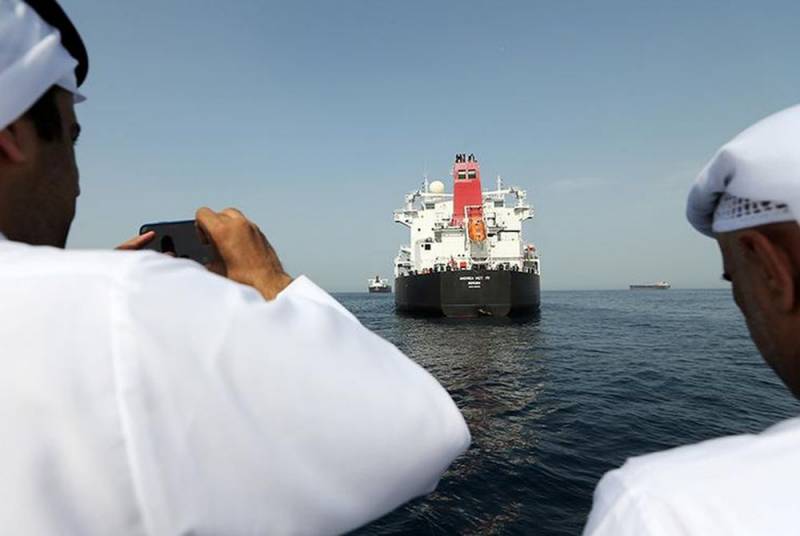 Therefore, it is not surprising that Tehran does not make contact with dubious lovers of "freedom." For example, in May 2019, US Secretary of State Mike Pompeo (Michael Richard "Mike" Pompeo) visited Baghdad (Iraq). He is there сообщилthat any attack by Tehran or its proxies, which will result in the death of at least one US military, will lead to a military strike from Washington. Pompeo was sharply worried about the “pro-Iranian” Shiites - 65% of the Iraqi population who could attack the US military in this country. After that, Baghdad decided not to be a “damaged telephone” (intermediary) between Washington and Tehran. This is too troublesome and unpromising.

After that, the United States decided to attract the Sultanate of Oman as an intermediary, an absolute monarchy, with its own specific religion. Oman has the strongest relations with Iran from all countries of the Gulf Cooperation Council (GCC). So, it turned out that recently President Trump passed through Oman a “peace-loving” message to Iran, after which Tehran destroyed an American UAV over its territory. Moreover, the American media “trumpeted” the message and its partial content, after which they reported from Washington that they did not transmit any message and all this was “Iranian propaganda”.

At the same time, polite, delicate and diplomatic Oman was silent to the limit. He is still silent as a "partisan." However, the US has already begun to look for another “secret” mediator to communicate with Iran. This indicates that Oman repeated what Iraq had done before.

And so, on June 23, 2019, it became known that the United States decided to appoint Kuwait - the emirate (sheikhdom) for this role, i.e. a state ruled by an emir. This was stated by the teacher political at the American University in Kuwait, Ph.D. George Ayrani. That is, the standard pro-American "grant-eater" from the Persian Gulf made a statement on behalf of his emir. At the same time, the official authorities of Kuwait are silent.

But Irani said that Kuwait plays the role of an unofficial mediator between the United States and Iran. He specified that a direct military clash between the US and Iran is unlikely. After all, the "parties" are engaged in an escalation of tension in the region "only" for further negotiations.

Everything comes from the geopolitical position of Kuwait. I believe that the position of the Emir of Kuwait is positive, since it always played an important role, be it on the crisis in Yemen or Qatar
- said the pro-American activist.

Ayrani said that Kuwait and Iran have more than just economicbut also public relations. Many Kuwaiti families have Iranian roots.

Kuwait knows how to conduct politics between rock and hard place. They have a defense arrangement with the US
- said the "grant-eater" (political scientist and expert).

He proudly added that there are five US military bases in Kuwait. In addition, the "freedom" is guaranteed by the military from the UK, Canada and other countries.

Obviously, there are secret Kuwaiti mediators between the United States and the Gulf countries on the one hand and Iran on the other. This was not announced in the media, but intermediaries move between the parties now and earlier.
- summed up Ayrani.

However, this is not surprising. Wherever the foot of "democracy" sets in, sprouts of "freedom" appear in the form of such "grant-eaters." The United States and its allies simply invest in the development of such structures, and then they work out the money invested.
Reporterin Yandex News
Reporterin Yandex Zen
Information
Dear reader, to leave comments on the publication, you must sign in.