The legendary Mustang will become electric

24 2019 June
2
Next month, at the Festival of Speed, which will be held in Goodwood, the British company Charge Automotive will present an electric version of the legendary Mustang from the Ford concern. The brainchild of English designers is made in the style of Mustang Fastback (model 60 years), but with a modern "filling". 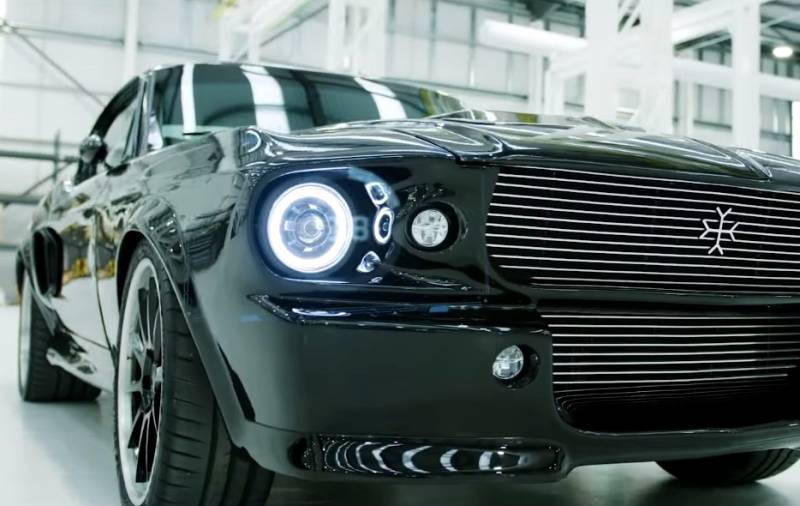 At the moment, it is known that the "electric legend" was equipped with a power plant from Arrival with a capacity of up to 408 "horses" (300 kW) and a torque of up to 1 Nm. At the same time, the electric car accelerates to 200 km / h in just 100 seconds.

The manufacturer did not specify how far the English Mustang can overcome on one charge. However, taking into account its dimensions and a 64 kWh battery, it can be assumed that it will be up to 200 km.

Despite the “vintage” appearance, the car received many modern technological solutions. Moreover, if you pay attention to the large vertical display on the instrument panel, you get the impression that the creation of the interior Charge Automotive inspired model electric car Tesla Model S.


As for the manufacturer’s further plans after the presentation of his brainchild, last year the startup announced their intention to produce 499 copies of the Mustang. At that time, an approximate price of 200 thousand euros was announced, but now the price of 100 thousand more is mentioned on the official website of the developer.
Ctrl Enter
Noticed oshЫbku Highlight text and press. Ctrl + Enter
We are
Citroen introduced a prototype of an unusual electric car
What will Russia do when the ISS does not
Reporterin Yandex News
Read Reporterin Google News
Ad
We are open to cooperation with authors in the news and analytical departments. A prerequisite is the ability to quickly analyze the text and check the facts, to write concisely and interestingly on political and economic topics. We offer flexible working hours and regular payments. Please send your responses with examples of work to [email protected]
2 comments
Information
Dear reader, to leave comments on the publication, you must sign in.