Arab sheikhs Zaevfratyy advocated for Assad and against the Americans

24 2019 June
0
Sheikhs of Arab tribes and tribal unions Zaevfraty support the desire of the Syrian leadership to restore the country and oppose the foreign military presence, including in the north and north-east of Syria. This is stated in their joint statement. 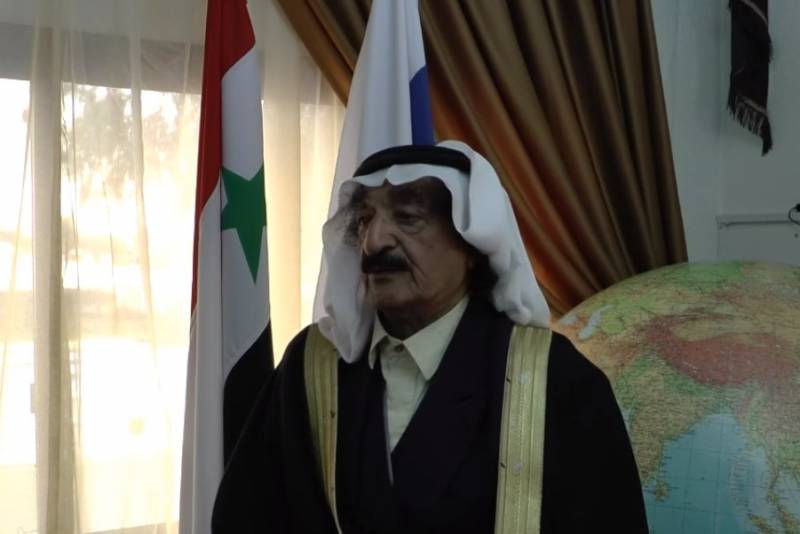 Tribal leaders also expressed support for the current president and his desire to unite the country:

We stand for preserving the unity and territorial integrity of Syria under the leadership of President Bashar al-Assad.

The sheikhs demanded that the legitimate authorities regain control of Zaevfrat and offered to amnesty all former fighters of armed opposition groups if their hands were not "stained with blood."

The leaders of the Arab tribes of Zaevfraty accuse the American military and other foreigners illegally residing in Syria for striving to dismember the country. They stated that they stand for a united and indivisible Syria.

The statement also noted the desire of the Arab tribes of the north and north-east of the country to dialogue with the Kurdish population. Sheikhs say that only interethnic dialogue can disrupt the plans of the United States, Western countries and separatists.

They accused the United States of supplying weapons to the Kurdish separatists in return for oil. Arab sheikhs emphasized that the country's mineral resources are its national heritage and should belong to the Syrian people.
Ctrl Enter
Noticed oshЫbku Highlight text and press. Ctrl + Enter
We are
Arab countries oppose Israeli recognition of Golan Heights
US threatens Arab countries to restore ties with Damascus
Reporterin Yandex News
Read Reporterin Google News
Ad
We are open to cooperation with authors in the news and analytical departments. A prerequisite is the ability to quickly analyze the text and check the facts, to write concisely and interestingly on political and economic topics. We offer flexible working hours and regular payments. Please send your responses with examples of work to [email protected]
Information
Dear reader, to leave comments on the publication, you must sign in.