In Moscow, two young girls were removed from the family

22 2019 June
0
On June 21, 2019, Russian media reported that police officers seized two young girls (7 and 8 years old) from unsuitable living conditions. They were taken from an apartment in the north-east of Moscow (Babushkinsky district) and handed over to doctors (sent to a hospital). 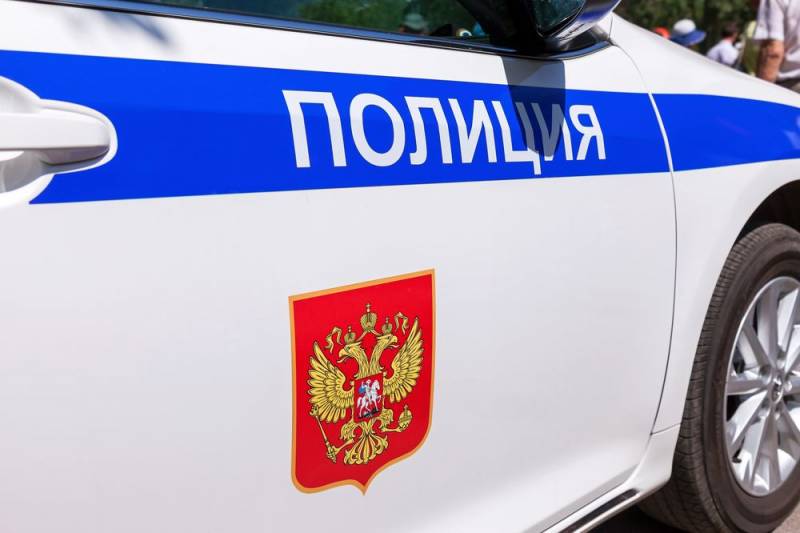 According to media reports, the police “went out” to a family of supposedly unemployed, who is raising two young girls, after a “signal” from neighbors about children living in unsanitary conditions. There were also calls about "flooding" and "fire." At the same time, it turned out that this family is already (recently) under the control of guardianship authorities. It was even reported that during visits by social security workers, parents were aggressive.

After that, the media clarified the details. It turned out that in the apartment where this family lived, there were posters of anti-Christian content on the walls, they found goat and horse skulls, as well as black candles. This was the main emotional emphasis.

Moreover, the media representatives were confused in the testimony even during one report. They managed to inform at the same time that the neighbors had been “snooping” about the children and right away that the neighbors knew nothing about the existence of children in this apartment. It is enough just to carefully watch and listen to everything, removing the emotional "husk".

Then the “story” smoothly moved towards the fact that the children did not attend kindergarten, did not go to school and did not even know their names. Moreover, the video clearly shows that the children themselves are not enthusiastic about the "guests". After that, the media added that the children, who were not afraid of the suddenly appeared policemen and who did not receive psychological trauma from what was happening, “remembered” their name only after prompting their parents.

However, not taking children to a preschool is not a crime of parents. As for school, they usually go there from the age of seven, sometimes from six. One of the girls, according to the media themselves, was just seven years old. It turns out that she should go to school only in September 2019. If the information about the eight-year-old girl is correct and she really does not go to school, then this is very sad and you need to find out the reason from the parents. To help them. It’s not necessary to take the children. Children can be sent to study at the nearest school.

Moreover, there is a high probability that one of the parents is a sculptor, since the apartment has a large number of different stucco workpieces. After all, someone orders all these sculptures placed around the apartment, and the sculptor needs more visual aids. But the journalists did not even bother to find out. Moreover, freedom of religion in Russia has not yet been canceled. And as Russian media report, some officials themselves often "indulge" in occultism.

In addition, it is not clear why some media outlets emphasize their own assumptions, passing them off as “evidence”. For example, that "the children did not leave the apartment," "did not know their names," "the family may be engaged in occultism." And some even so unceremoniously report about the “diabolical apartment”, “the family of Satanists” and call the children “Mowgli girls”.

Probably, some journalists were lucky to grow up in penthouses and they never saw dysfunctional families who live in the most ordinary apartments. So what is the purpose of such a “hype” reporting in some Russian media outlets is not entirely clear. After all, we have before us our fellow citizens who need the help of society and the state.


It should be recalled that in March 2019 we Reportedas a mother was sent to a pre-trial detention center in Moscow who left her child in an unsanitary apartment.
Ctrl Enter
Noticed oshЫbku Highlight text and press. Ctrl + Enter
We are
Drunk Ukrainian policemen, shooting bottles, killed a child
The mother who threw the child in the apartment was left in jail
Reporterin Yandex News
Read Reporterin Google News
Ad
We are open to cooperation with authors in the news and analytical departments. A prerequisite is the ability to quickly analyze the text and check the facts, to write concisely and interestingly on political and economic topics. We offer flexible working hours and regular payments. Please send your responses with examples of work to [email protected]
Information
Dear reader, to leave comments on the publication, you must sign in.