Trump responded to Iran’s destruction of a US strategic drone 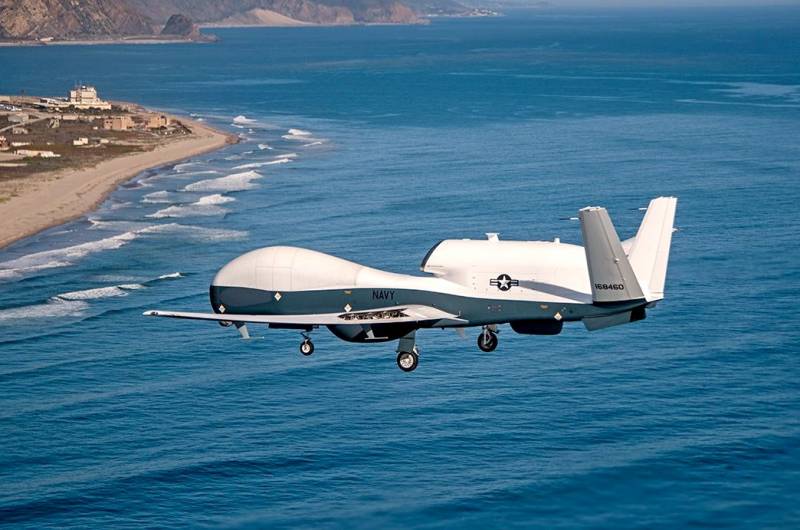 Later, during a meeting with his Canadian counterpart Justin Trudeau in the White House, Trump, responding to a journalist's question about the possibility of a military strike on Iran, said that the US’s retaliatory move would soon be known to the public.

You will soon find out
- said the American president.

Earlier it became known that the air forces of the Iranian army shot down the American strategic UAV MQ-4C Triton, which violated the state border of the Islamic Republic. The Pentagon, in turn, acknowledged the loss of the aircraft, noting that the reconnaissance drone flew exclusively in international airspace.

The MQ-4C Triton is a heavy drone capable of reconnaissance at large distances from its base. The maximum flight range reaches 15 thousand km, and the working ceiling is 18 km. The machine is able to stay in the air for 30 hours. The cost of one UAV can reach up to 190 million dollars, depending on the modification.
Ctrl Enter
Noticed oshЫbku Highlight text and press. Ctrl + Enter
We are
Bagdasarov assessed the consequences of Iran’s destruction of a US drone
Iranians shot down American strategic UAV RQ-4 Global Hawk
Reporterin Yandex News
Read Reporterin Google News
Ad
We are open to cooperation with authors in the news and analytical departments. A prerequisite is the ability to quickly analyze the text and check the facts, to write concisely and interestingly on political and economic topics. We offer flexible working hours and regular payments. Please send your responses with examples of work to [email protected]
1 comment
Information
Dear reader, to leave comments on the publication, you must sign in.