The high-power turbine of the CCD-110M will be launched into serial production.

19 2019 June
7
The Russian state corporation Rostec wants to place mass production of gas turbines of high power (for power plants) GTD-110M on the premises of Power Machines PJSC. This was announced by Deputy General Director of the state corporation Dmitry Lelikov. 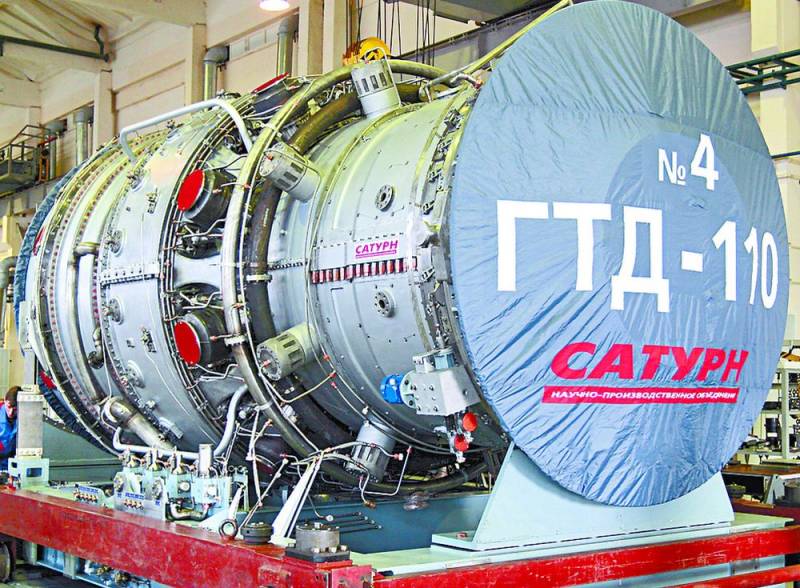 We expect that Power Machines will also be included in this work after the completion of the tests, when the question arises of the mass production of our turbines. The capacities of UEC-Saturn allow producing only two turbines of this class per year. Power Machines have significantly higher production capacities
- explained Lelikov.

Lelikov said that the GTD-110M tests have already passed into the working phase. He assured that the state corporation expects to get a result in 2019, but does not intend to stop there.

At the same time, a representative of Power Machines PJSC explained that their company is analyzing the possibility of locating the GTD-110M production on its premises. But the final decision will be made after the examination of the project.

It should be noted that Power Machines PJSC is a Russian electric machine-building company. Its headquarters is located in St. Petersburg. Since June 26, 2013, 100% of the shares have been owned by Highstat Limited, whose beneficiary is Russian businessman Alexei Mordashov.

It should be recalled that GTD-110 was developed in 1997 by the state-owned NPKG Zarya - Mashproekt (Ukraine) as part of the Russian federal target program Fuel and Energy in accordance with the requirements of RAO UES of Russia. The first prototype was assembled by the developer independently. The second prototype was produced by the developer together with NPO Saturn OJSC (Russia). Subsequent serial production and modernization was to be carried out by NPO Saturn OJSC (PJSC UEC-Saturn). In turn, PJSC UEC-Saturn is part of the United Engine Corporation (UEC), which is a subsidiary of the United Industrial Corporation Oboronprom, which is part of the Rostec state corporation.
Ctrl Enter
Noticed oshЫbku Highlight text and press. Ctrl + Enter
We are
Siemens Factor: Government may disrupt plans to produce Russian turbines
Announced tests MC-21 with engines PD-14
Reporterin Yandex News
Read Reporterin Google News
Ad
We are open to cooperation with authors in the news and analytical departments. A prerequisite is the ability to quickly analyze the text and check the facts, to write concisely and interestingly on political and economic topics. We offer flexible working hours and regular payments. Please send your responses with examples of work to [email protected]
7 comments
Information
Dear reader, to leave comments on the publication, you must sign in.