In the West, showed the concept of modular unmanned vehicles for the city

18 2019 June
0
The Swedish automaker Scania on the eve presented an innovative development, which, according to company representatives, in the near future will be able to significantly improve the urban transport ecosystem. The concept of an unmanned vehicle, called the NXT, has a modular structure. In the future, this will make it possible to use it as a bus (morning and evening), a vehicle for delivering goods to stores (during the day) or a garbage truck (at night), simply changing the design to suit the needs. 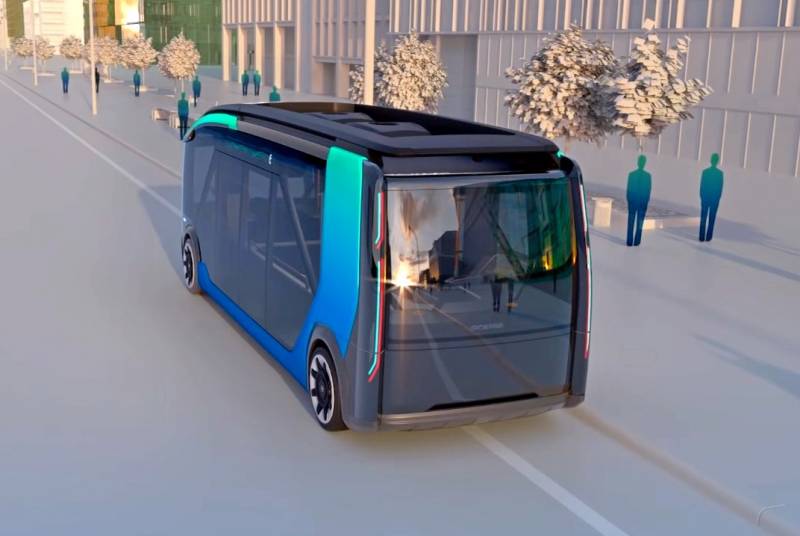 So, the bus module is an eight-meter monolithic block with cylindrical batteries placed under the floor. Its weight does not exceed 8 tons, which allows it to travel a distance of up to 245 km on a single charge. At the same time, the front and rear axles, equipped with electric drives, are universal and act as the basis for any of the above structures.

Scania Chairman Henrik Henriksson said the prototype shown by the company is still far from ideal and needs to be carefully revised. According to the preliminary calculations of the functionary, the serial model of the unmanned Scania NXT may appear by 2030. But, despite this, he emphasized that many Technologyused by Swedish engineers are available today.


Henriksson also noted that Scania's innovation will not be able to build an urban transport system, which today is far from perfect, again. However, such a universal car is able to optimize traffic flows, as well as significantly improve the environmental situation in megacities.
Ctrl Enter
Noticed oshЫbku Highlight text and press. Ctrl + Enter
We are
Battle for space: can Russia create its analogue to the ISS
KAMAZ without you: Russia will become part of an unmanned auto-revolution
Reporterin Yandex News
Read Reporterin Google News
Ad
We are open to cooperation with authors in the news and analytical departments. A prerequisite is the ability to quickly analyze the text and check the facts, to write concisely and interestingly on political and economic topics. We offer flexible working hours and regular payments. Please send your responses with examples of work to [email protected]
Information
Dear reader, to leave comments on the publication, you must sign in.